Regina: ♫Road Tripping with Two of My Favorite Allies…♫

Regina: ♫Road Tripping with Two of My Favorite Allies…♫
September 1.

A welder friend of Dan’s told him that metal in the 1980’s was way better than it is today.  The metal that is made today is not very good.  That is interesting because he could be talking about music.

Dan, Bean, Fiona and I went road tripping to Parry to Bean’s farm to drop off a truck load of things he has collected that he calls ‘treasures’ and we brought a different load of ‘treasures’ back.  Bean loves junk.

“It’s funny hey?  Trash and treasures.  I don’t know what this thing is, but I need it!” – Beaner
“Here’s my bag of Barbie heads!” – Beaner
“They are part of my ‘Things that look like a Dick’ collection.” – Beaner

It was just a fun day of drinking beer and road tripping.  I did a car count at Bean’s farm and he now had 114 cars in his collection.  Bean and Dan worked on truck while Fiona and hung out and visited.  I liked not having to do anything.  We had to make a trip to Ogema because we ran out of beer, and Troy, the owner opened his closed bar for us.  Small town services…

We drove through a lot of massive mud puddles, rocked out to a ton of metal, and just had a great day being dudes with a cool chick. 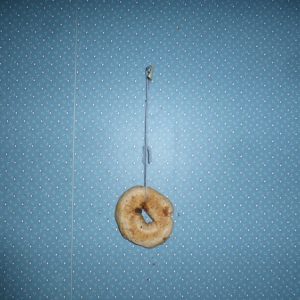 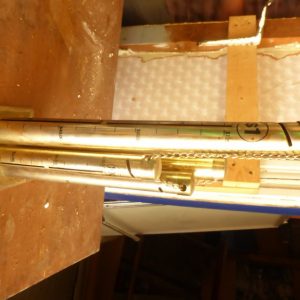 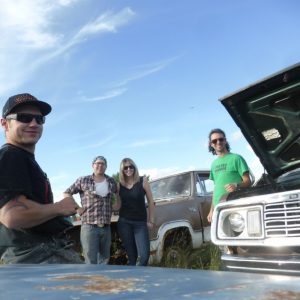 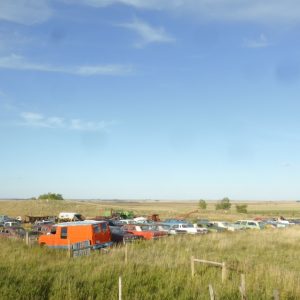 A section of Bean’s car collection. 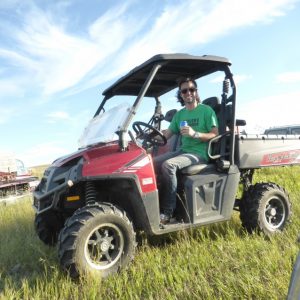 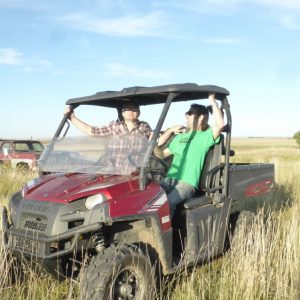 Cruising around the junk pile. 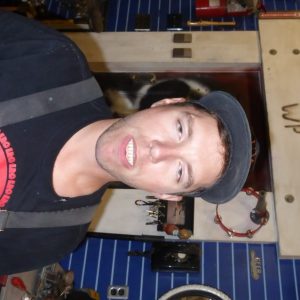 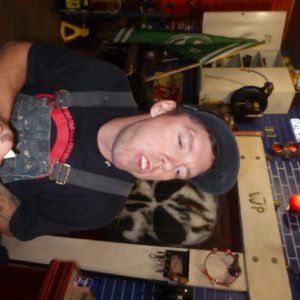 “After Les and I left the bar we went for a walk up ‘Hooker Hill’ in Seoul, South Korea. Hooker Hill has a couple of dozen prostitutes along it sanding in doorways. Many were attractive, but then Les pointed one out to me who had a comb-over because s/he was going bald. It was incredible. Les and I then got on the subway going in the wrong direction, and then the subway closed for the night before we could get home. So, a drunk Korean businessman took us with him in his cab to get the silly white people home. Koreans are very helpful people. He even paid for the cab.”
— Hooker-Hill/Businessman Culture
[View All]