Seoul, South Korea The Re-Encounter, The Follow Up, and The Finale – A Hook Up Tale. The Re-Encounter – Nov. 20/2005 Then the strangest thing happened to me just outside the stadium/flea market. Mark and I were walking down the street when a girl and I made eye contact. We both said, “No Way! What the hell? That is crazy!” Her name is J.B. I used to sit next to her in French 101 at the University of Regina and...

The Synchronicity of Tom Petty and the Name, ‘Jen’

The Synchronicity of Tom Petty and the Name, ‘Jen’. 5 October 2017. Life is weird and has patterns. One could never understand how synchronicity seems to happen in the bizarre ways it does… Tom Petty’s death has hurt me. I loved his music and the way he carried himself as the coolest and most casual person one could ever wish to meet.  He is one of my heroes. I have been listening to so much of his music again over the...

Forgetting How Old I am

Forgetting How Old I am.  31 May 2017. Some days crazy things just happen. Today was one of those. I went to a fantastic man-made archway over the ocean today that is a little terrifying to climb up, but I wanted a photo from the top of it. I was by myself and there was no one to take my photo, so I waited around knowing someone would show up. Two local boys, 13 years of age came along. I...

Signs in Life and The Jacket

Signs in Life and the Jacket. Life has a crazy flow and vibe, and things happen that are incomprehensible to us humans.  But there is certainly an underlying layer the threads the eyes of the needles of life.  There is just no other way to explain why and how things happen that are just too much of a coincidence to be just that.  I call them the ‘Signs in Life.’  Actually, Bob Dylan called them the signs in life and...

East Africa Visa Battle: Tanzania to Uganda Jan 23 It was a crazy and stressful morning, but I really did not care that much and knew life would find a way to work itself out somehow… My friend Jasmine and I arrived at the bus terminal in Bukoba, Tanzania by 6:20 via motorcycle taxi.  She had to pay for my motorcycle because I only had $0.40 worth of Tanzanian money left in my pocket.  We climbed onto our Greyhound-sized bus...

(from a man who has been in more jets than taxi cabs…)
1) Wear your most loose and comfortable pair of underwear. You are likely going to be seated for at least the next 4 hours, maybe more. If you have not thought of this before, you will every time from this moment forward.

The If I Knew Then What I Know Now Bullshit Spiel 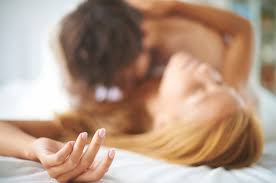 A Strange Twist of Dates Feb 3 Life is just so freaking strange sometimes.  It is just a strange twist of dates… Right now in my life, I am at the farm in Big Beaver, and I am trying to get all of my journals moved from paper books that they are and typed out on my laptop.  I have 17 journals that I have written every single day for the past 10 years, and it takes me about four...

My father was hanging out with me in the basement, and then he began getting his band equipment together to haul upstairs to load into the car. He told me that he had a gig to play at the senior citizens’ home in Coronach, the next town over. My father is a very youthful 78-years-of-age. I asked him if he needed a roadie for making music. He was happy to have another set of hands to carry equipment, so I decided that I would join him for his performance. Once we got everything into the car, we had a quick sandwich in the house. As we were about to run out the door one of my brothers called. I knew we were short on time but my dad was too polite to say so and he talked to my brother as I watched the anxiousness build up in him as time was ticking by. Eventually, dad got off the phone and we jumped in the car to race the ordinary 15 minute drive from the ranch to town.

The Postcard Barrel 18 September An amazingly cool thing happened today.  Well, it all goes back a couple of months.  Today ties to a day in late June when I was on Isla Floreana in the Galapagos.  I wrote this from that time….   “The post office ‘barrel’ has existed since the 1800’s and it is where ships used to leave mail they wanted delivered.  If you stopped at the beach where Bahia Post Office was located on your way...

Rio Carnaval Party Time: Rio de Janeiro. March 3. The Rio Carnaval Party is totally insane.  Today I had to rally the troops of my group as they were not motivated to party.  There were some that wanted to go to the beach, but I wanted to go to the Sergeant Pepper bloco party, that was a samba band that played only Beatles cover songs.  I put on a bit of pressure and nine of us went to Parque do...

Colt 44 in the House o live with 20 year olds is to live among dangerous stupidity sometimes.  This will be my last segment of this adventure as we are/have all moved out of the house.  This is from a couple of weeks ago… We have a new guy who moved into the house a couple of days ago named Walter.  Walter is an old friend of the boys, well as old of a friend as a post high-school friend...

A Goat for a Wedding Present It was a Friday afternoon when Fatty called me and asked if I want to go 50/50 in buying a goat with him for our friend Luke’s wedding present.  Fatty had originally asked Luke if he wanted a raccoon or a badger for the nuptial tribute.  Luke jokingly said, “A badger.”  But, short of time to try to catch one of those, Fatty came up with this other fantastic idea.  Gifting Luke and Kimberlee...

House Keys – Irish Coat Hanger Manipulation  have painters at my house.  They have been here for two days.  This morning Mark and I had a small conversation about how he would not be home tonight, as he has to do something somewhere else in Ireland and he will be home tomorrow.  He gave his house keys to the painters, and he told them that when they finish at the place, to take his keys, and lock the door from... 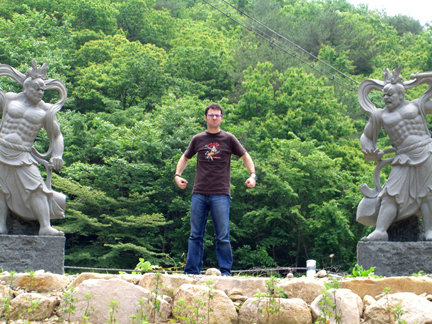 Toilet Incident – Suwon, South Korea. ever in my life has my privacy been so completely violated as it was one day when I had diarrhea in Suwon. That day has made me re-think any lingering childish intentions I may have ever had of becoming a voyeur. My girlfriend and I went to visit a Korean Traditional Folk Village for the day, and I was hung-over from the night before. I made fun of Korea all day, pointing out to her...

“Jurassic Park was on television. He looked over at Pat and said, “This movie must have made this a long time ago...””
— My Dad
[View All]