Today was time for a full STI check.  I call it checking the oil.  I have no concerns.  It is just time to have the oil checked.  I showed up at the Regina Qu’Appelle Health Clinic as a ‘walk-in.’  Time to look under the hood.  I was the last guy to get in for checking the oil.  A pretty girl about my age took me into her office.  I have always thought about how funny it would be if a man met his future wife there.  Imagine the story at the wedding about how you met.  The speech of, “Well, she cured my clap and then she cured my lustful wandering,” would certainly have some entertainment merit.  So, I flirted with her just a little, just for sport.

The nurse asked me what kind of a test I wanted.  I said I was there for checking the oil and I told her to check everything.  She asked me if I wanted an HIV test.  I was just in for a routine check-up and the last thing I think I have is HIV, but I told her that she might as well do that too since I am there.  She asked me if I would be able to come back in a week for the results.  I told her that I was heading somewhere for a job.  She told me that the only way that I can get HIV results is if I come in.  She told me to just get the HIV test somewhere else once I get a job.  I told her I would be too busy and that I wanted everything done during this appointment.  She went to the front desk to ask her supervisor if I could just call in to get my results over the phone.  They can give all results over the phone except the HIV results.  The supervisor said that they would not give me the results over the phone.  Then I could not talk the nurse into doing the HIV test because she did not believe I would be around for the results.  I asked her, “Should I just lie to you and tell you I will be here?”  She told me that I had already told her I would not be.  So, I had to alter my leaving dates for her and I asked her if she could try to have the results by Friday as I will still be in the city then.  She said she would do what she can.   It is not a necessary test for me, but I might as well have it if I am already there for the test-pack while checking the oil.

I understand the privacy of such a thing, but I was not concerned about privacy and yet they can not help me.  I suggested that perhaps this is why people do not get themselves checked often enough, because of the hassle.  She agreed.  They need a pin-code or some other way to access the information by phone.  Or perhaps it is so that they can get you in for immediate counselling?  I am just glad that they do not swab a man anymore.  A swab is where they take a Q-tip and shove it about 2 centimeters into the eye of the snake and then analyze that fluid.  I have had that done to me once, in South Korea.  It used to be common practice here.  Now they can just check the beginning of a urine sample for information.  The swab, having cotton on a stick, travelling in a backwards direction into that eye, well, it is the dirtiest, and most awful feeling I have ever experienced in my life.  It is just a terrible physical feeling to have something invasive travelling 2 centimeters into your needle.  I cheered when she said there is no more swab procedure practiced for testing and checking the oil.

I left there to get a new passport.  Passports in Canada are finally 10 years between expiration dates, but they are now $160.  I kind of squawked to the lady behind the counter about the price of them now.  She said, “Well, they used to be $86 for a five year passport, but now they are ten years long.  So, it is actually saving you money.”  I told her, “I fill them up before they expire.”  She looked at me, smirked, and said, “Well, I can not help you then…”  I am sure she wanted to finish that sentence with, “…Asshole.”

In the evening I met up with one R-Honda Rockstar formerly Collins and her little girl.  We hung out in a hamburger joint and had a good visit.  That is quite a woman.  There will never be another one like her.  The phrases and sentences that come out of her mouth are so witty and sharp that they stop your own thought patterns.  She is my favourite girl in this entire city.  It was a special treat to hang around with her again.  I think I would like to make her my editor for Big Beaver Diaries.  She told me, “When I went to Australia 10 years ago, one time I wrote to you to tell you that my boobs were getting bigger.  I will never forget what you told me.  You said, ‘Rhonda, mind your ass.’”  I had no recollection of that.  She told me it is a code that she still uses today.  One of my favourite memories of her is from one time when Laurie Gall and I were in a bar in Regina.  There was a sunken dance-floor below where we were standing, so it was like Laurie and I were on the second floor.  I spotted Rhonda on the dance-floor with one of her friends and I was watching her.  I caught her eye so she came over the wall below where we were standing, and climbed up a fence/railing so that her and I were then standing face to face; her above the dance-floor and me against the railing on the other side.  A bouncer seen her and came running over yelling, “GET DOWN!”  Rhonda asked him, “Do you mean ‘get down,’” as she directed her eyes to the floor, and then she looked at him again and asked, “Or do you mean ‘get down,’” as in do a little dance like she then did on the fence against the railing.  Holy, that woman….  She and I were fire and gasoline when we hung out together.

At 8pm Rhonda went home to put her little lady to bed and I went to Fiona and Kelly’s house where I Fiona entered my locks of hair with scissors for the first time in 14 months.  Hair-trims are terrifying.  She just nipped the tips though and I feel a lot fresher. 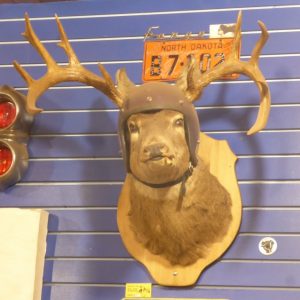 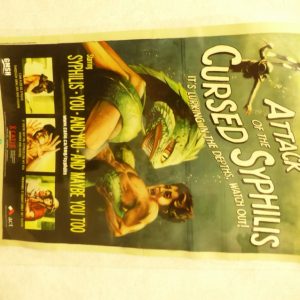 “On the way out of the park, I came across a two-toned sand dune that was about 100 meters from the gravel road I was on.  I was in the middle of the park and there was nothing around me but desert.  I wanted a photo of the dune, so I got out of the car and I began walking across the sand towards the mound.  I was about 50 meters from the car which was about half way to the dune when I noticed them the ground…Lion tracks!  Holy shit!  Holy shit!  It scared me so much.  I was alone in the desert and the car seemed a long way from where I was at the moment when I began to flee.  I ran as hard as I could for the car. As soon as I got inside and had the door shut, I could not quit thinking how stupid that was of me.  I mean, the desert is empty and with nothing but the occasional oryx, so one forgets that there are predators like lions out there because you never see them.  But they are there.  I can not describe the terror of being so vulnerable, 50 meters from any kind of safety when you see lion tracks in the sand…  Wow that scared me.  So stupid...”
— Skeleton Coast - Namibia
[View All]