After, Travis, Nicole, children and I went to the fair for the afternoon.  Bouncy castles are a lot of five year old fun, especially when your five year old best friend shows up.  Kellen and his buddy were full blast fast, bouncing, climbing, sliding specialists.  It looked like a great day for them.  There were a lot of kids around.  It is strange for me to be surrounded by them.  It is a learning curve for a different way of life that I know nothing about.  Sometimes I feel like I am in something like Chinese immersion for as little as I know about children.  I can make pretty solid buddies with a five year old though.  And I can sympathize with 17 month old Brea.  She is learning to talk and points with her little finger at a lot of things saying, “Oooh.  Uuuh.  Eyeee.”  I know exactly what that was like when I was struggling with Spanish in South America, trying to get people to understand what I wanted and was after.  It is the exact same scenario of frustration…

After dinner I said goodbye to Travis’ family and he and I headed to Bentley for a drink at the Monkey Top Saloon.  At the Fast Gas in Penhold I made friends with the gas station attendant.  I told him I was hung over.  He told me that coke and alka-seltzer can fix that.  I was teasing him and asking him what version of coke he uses.  He told me Coca-Cola and then he asked me if I had a coke hook-up.  ‘No man!  I was just teasing you.’  It is my first experience with a gas station attendant asking me if I knew any drug dealers to hook him up with.

At the Monkey Top in Bentley, an old University of Regina roommate, Chandra was waiting for us.  She looks incredible.  I have not seen her in 10 years and she has not bothered to age in the meantime.  In fact she has decided to be even more attractive than when I last seen her, two children, a marriage, and a career later.  It is incredible.  She has a fire inside of her and razor wit.  I like girls like her so much.  It is a pleasure talking to a girl who oozes personality and incessantly teases you and one-lines you.  It was so great to see her.

As we walked into the bar in Bentley, Krista Metro was working.  She was one of our party girls when Travis and I worked in that bar so many years ago.  It was cool to see a bit of our past there.  Cool girl.  Travis and my signatures had been covered up in the wall by a pair of retro skates, so I snuck two Beaver stickers in places in the bar.  There needs to be some kind of marker in that building from our existence there.  Old memories were everywhere.

Travis and I left Bentley and headed to Nevin’s in Sylvan Lake with beer.  We visited until late in the night when we decided to get out some guitars.  Nevin and I played while Travis sang old country songs.  We were terrible but that is a lot of fun to be doing at 4am.  I realize that I need to be a lot less suck and a lot more good at guitar.  I think people expect me to be a good musician because of who I am and then they find out that I am terrible.  I am truly a musical disappointment…! 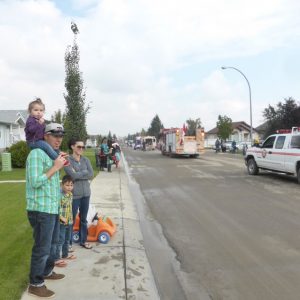 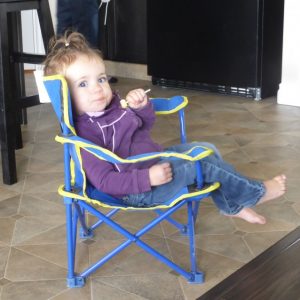 Contention is enjoying a sucker when you are 17 months old. 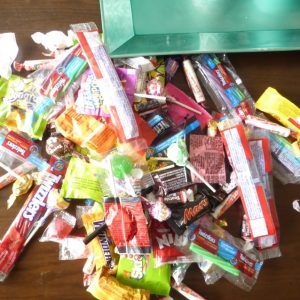 Parade candy collection. It is pretty much the equivalent of currency when you are under the age of seven. 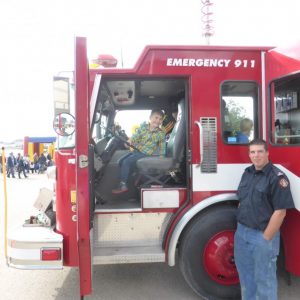 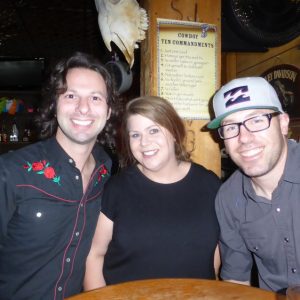 With Krista Metro. You are a good story in my life of ridiculous. 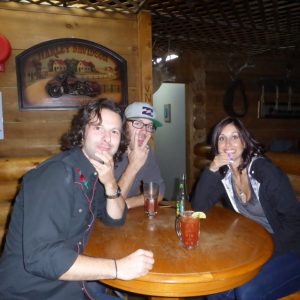 “Dad told me about a friend of his who drank a lot. He said, “One time someone went to wake him up. The guy waking him asked, ‘Hey...can you see me?’ The drunk guy responded, ‘Yeah...can you see me?’ I guess he thought he’d gone to another world.””
— Partying Somewhere
[View All]