Paraguay Consulate is Where in Rio de Janeiro? 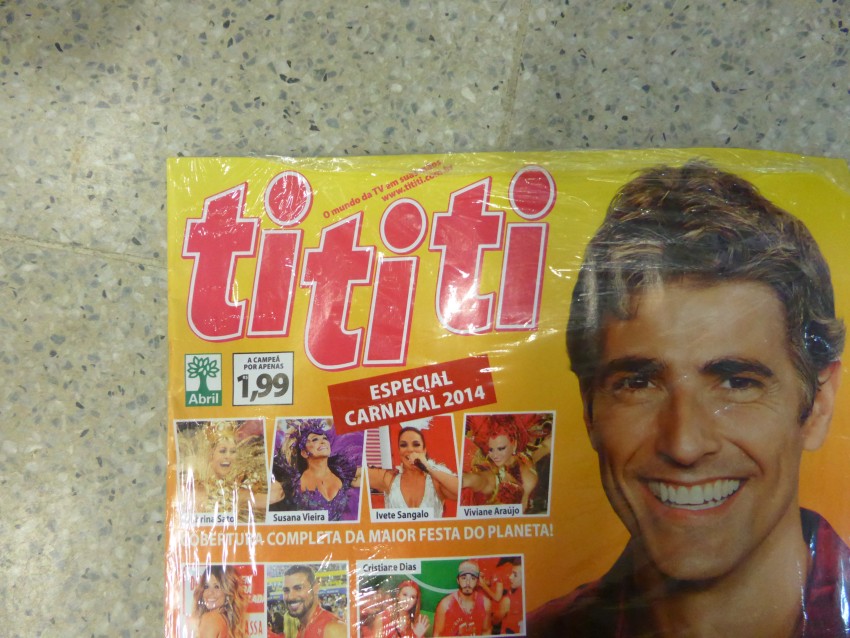 Paraguay Consulate is Where in Rio de Janeiro?
March 12.

Vacation means, “We have to get up early tomorrow to head to the Paraguay consulate,” and that means getting up at the crack of 10:00am dawn.  And that is awesome!

Life is good, even if I am still fired up of the hassle of this Canadian passport and the visa situation of this continent.  We headed for the Paraguay consulate so that I could sort out a $137 internet informed visa to be able to have a peek at whatever lies behind the Paraguay borders beyond the ‘cheap electronics,’ which is the only thing any Brazilians I have talked to seem to know about the country.  We walked down the street where the Paraguay consulate was to be located and all we could find was a building about to be knocked down in the area where I expected it would numerically be located.

So, we entered the nearby Argentina consulate to ask about my visa for that country since we were already in the area.  They told me that I have to pay a $150 ‘Reciprocal Fee’ to get the multiple entry visa because we will have to cross into Argentina twice, but at least that can be done and payed for on the internet so I will not have to deal with red tape from foreign officials in embassies.  I can just give them their ‘shut up and relax, I am just a Canadian’ money online instead.

Irmante wanted to go for some aggression release shopping therapy, so we went to the very very busy supermarket closest to our favela.  It was so crowded that everyone smashes into everyone to get through the clogged aisles to buy tapioca, pasta, beer, or meat.  The shelf stockers have to fight through the massive crowds and through the aisles with over-sized pallets of products to ‘re-stalk.’  One of the men pulling a pallet through the crowd was whistling like an ambulance to part the sea of people.  The mob was cleared out of his way for him.  Amazing.  When a greedy older man in too much of a rush for the speed of situation stepped on Irmante’s foot, I ‘accidentally’ smashed into his hip with my shopping cart.  He gave me a furious look of anger as I apologized for my carelessness.  He is probably too old to teach manners to now, but I live in an eye for an eye world.

Eating dinner at 1:20am with regularity is taking some getting used to.  That used to be about the time I would get home drunk when I was in college and would quietly sneak into the fridge for a late night snack.  Now, that is what time we sit down at the table outside on the terrace as a family for our meals here in Rio…