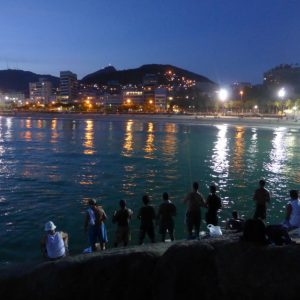 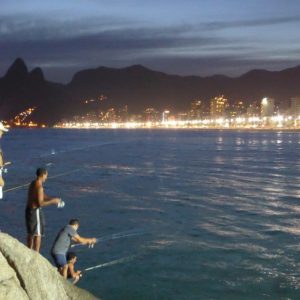 So, I am in Rio de Janeiro on a Canadian Passport.  Having a Canadian passport in South America is terrible.  I am travelling with my friend from Lithuania, which is in Eastern Europe, and she can show up at any country in South America and she is stamped on arrival and allowed into the country.  Not Canadians, the USA, Australia, or New Zealand.  It is a nightmare.  I have to find the Paraguayan consulate in Rio to apply for a visa with is going to cost me $150.  Then I have to pay $150 to get into Argentina.  I can hardly describe what a headache it was to try to get the Brazilian visa without exit flights.  I used to think that I had a good passport, but that is not the case anymore.  Big Brother (USA) tightening up regulations and being a dick has made it so that countries are tightening up regulations on them, and then neutral and boring little brother (Canada) gets the shaft too because of big brother’s reputation.  Counties here want travel itineraries and round trip tickets just to grant me a visa.  I do not have that.  I do not have a guided plan.  Relax.  I am from a wealthy country.  My life goal was not to save up money so that I could disappear into Paraguay for the rest of my existence.  They also want to see bank statements.  What a pain in the dick…  My passport might as well say ‘Federation of Russia.’

Irmante and I went for a walk today as I need to do some things as I am getting lethargic here and I need to move on, and now visa issues are likely going to hold us up for another four business days, which means 6 days now including the weekend.  We headed to Ipanema Beach to sit on the sunset rock and watch the fishermen.  On the way home we got to the bottom of the favela and I could not remember the address of Csilla and Cash’s house.  All of the motorbike taxi people know them, so I just said, “Cash Casa,” and I was driven to the door.

“The dentist hygienist told me that even though I have been away for years, I am doing good and I have fantastic dental hygiene. I take care of my teeth after spending all of my own money on braces 17 years ago... The dentist and the hygienist were remarking about how nice my teeth are. I told my hygienist, “Well, I have made a deal with me. I hate flossing, but I told me, ‘Look, I know flossing sucks. But, you are going to do it every night unless you have been out partying.’ Then I asked me, ‘You mean, if we go out and party and drink beer, then we do not have to do it?’ I said, ‘Yeah, but otherwise flossing is part of our routine if we stay home.’ So, I thought it over and decided, ‘Fine, that is not a bad deal,’ and I agreed to those terms with me and I am loyal to the pact.” I get party nights off from flossing, and it is a deal that me and me can work with. My hygienist enjoyed all of that...”
— Dental Up-Keep Dealings with Me
[View All]