Hookers are funny.  That is a fact.

We spent the day at Playa Grande, about a 20 minute hike from our hostel in Taganga.  Knut and I drank beer and swam while Marc went on a dive with the Dutch girls we were with last night.  In the evening the Italian girls joined us in the same club as we had been the night before.  I need to get better at picking up girls in a club without having to dance.  I lack power in a club that I have everywhere else.  I meet girls better in grocery stores than I do in clubs.  Clubs suck.

As my crew of four were dancing, I noticed a very pretty girls standing alone.  I watched her for two minutes and she seemed to be alone.  I approached her and we hit it off.  I told her I was hot.  She asked me if I wanted to go somewhere else.  We headed to a different area of the bar where I bought us a drink as we sat at the bar.  She ordered a Red Bull.  It was nearly six dollars.  I was pissed off at the price.  This is Colombia not Canada.  The girl and I chatted and she was flirty and touchy.  She was asking me where I was staying and if I was alone in my hotel.  Marc found me and said, “It looks like you are doing alright.”  Knut came up to me about three minutes later and said, “It looks like you are okay.”  I was okay.  Then about two minutes later my girl told me that she wanted to spend an hour with me.  A whore!  I got up and left her immediately and went to my friends.  Taganga Hookers are not my thing.  They thought it was funny.  They decided to go and befriend her.  I tried to make new friends that were not Taganga Hookers.

One of my friends decided to really liked her.  I left with the other friend and we headed to the beach.  As we went to sit down on a ledge an attractive bleached blonde Colombian waved at me.  It seemed quite friendly so I left my friend and went and sat down next to that blonde.  I introduced myself and when I went to shake with her, her hands were bigger than mine.  I realized it was a tranny and stood back up immediately to scurry back to my friend and as I did the transvestite who realized it would not be making a sexual sale tried to sell me drugs.  Then a gay man sitting next to my friend and I kept on touching my hair until I told him to fuck off.  Apparently we were in an undesirable area….

After getting a mild electrocution while buying an empanada, my friend and I seen the Taganga Hookers who had propositioned me.  She was buying condoms.  We asked her where our other friend was.  She showed us her room key.  ‘104’.  So, we entered the room before her and there was our other friend sitting on the bed.  He was very surprised to see us…  It was funny.  When the hooker sat beside him on the bed I pointed at her and then I pointed at him and said, “You owe me one Red Bull!”  I was staring at both of them and writing in my notepad.  Finally a maid came and threw us two extras out of the hotel.

On the walk home there was a party taking place with music playing from a huge set of speakers that broadcast the sound all over the entire town.  There were only two people left at the party, a drunk man in his 40s and a grey haired man sitting on the patio slumped over and passed out in his chair.  That was at about 4am.  It was a crazy night…

* “Well it is better to be a ‘Bad Mother Fucker’ than a ‘Grandmother Fucker.’” – Knut in regards to my belt buckle. 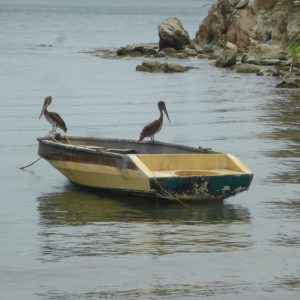 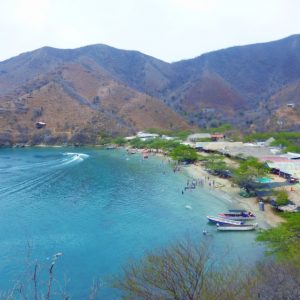 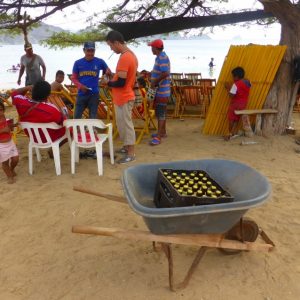 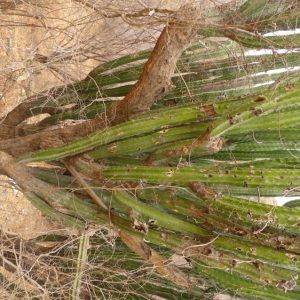 That is a tree that grows cactus. And it is awesome! 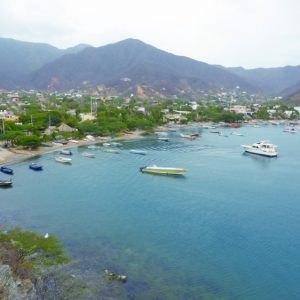