I am turning into a mean person because of the pure alcoholism that has taken over my life since Marc arrived.  I told off a German girl who kept on slamming the dorm-room door while we were sleeping.  Then I challenged the massive Scottish guy who ran our hostel because I wanted a better price from him for the dorm for him not having internet for us for the two days that we stayed there.  It was like David vs Goliath.  David was a clever bastard and he won the battle again!

Marc, Knut and I were supposed to meet the Italian girls to catch a boat with them for Tayrona National Park at 10:15am.  We got to the docks at 11am because we slept in.  The boat was on Colombian time and had just pulled off the beach.  A man on the street yelled at us and said, “The boat has been waiting for you!” and he whistled and waved his hands at the boat full of people and it returned to the back to pick us three up to take us to Tayrona National Park.  We were giggling at the boat that returned from its initial bon voyage for us and climbed on to several pissed off faces.

The C$40,000 boat ride to Tayrona National Park was so rough that it made my back sore.  I was wondering when the hull would split open as it crashed into one the huge waves and we would all be in the water.  Amazingly, after an hour we arrived safely.

It is gorgeous here.  There are pristine sand beaches and palm trees. Chiara, one of the Italian girls, and I went for a walk through the forest in the park to find the best place to stay.  We walked for an hour to Arrecifes where hammocks with mosquito nets were for rent to sleep for C$12,000.  It was quiet and very desolate.  Back at the main beach, the rest of the crew wanted to stay.  We played Asshole for so long at a table the man who rents hammocks and tents there told us that they were now full.  So, that meant hiking through the forest in the dark with our backpacks on to get to Arrecifes just so that we would have somewhere to sleep.  There we drank beer and played asshole all night.  Rosie, who lost most of the night, put on her glasses at one point.  I asked her if it was going to help.  She said in a thick Italian accent, “It is better that I don’t wear them because now I get terrible cards.” 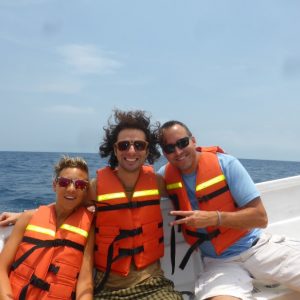 A very rough boat ride. Look at that hair! 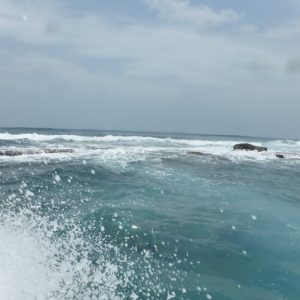 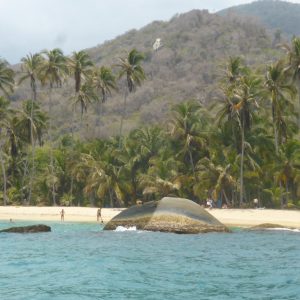 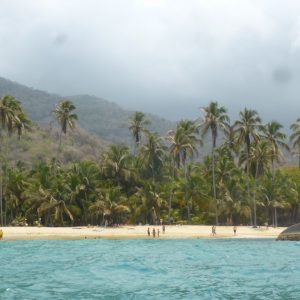 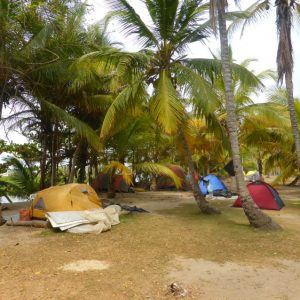 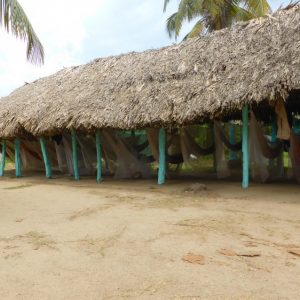 Hammock Haven in our camp ground in Arrecifes. 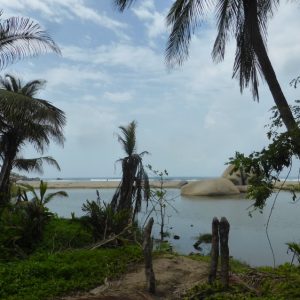 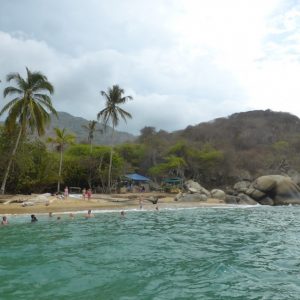 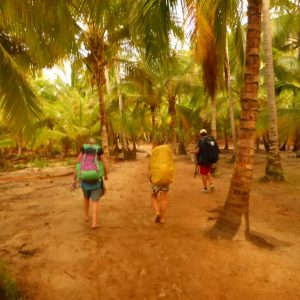 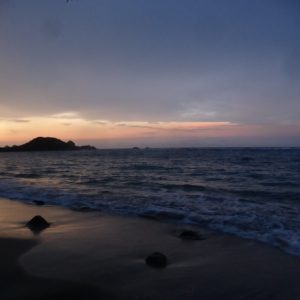 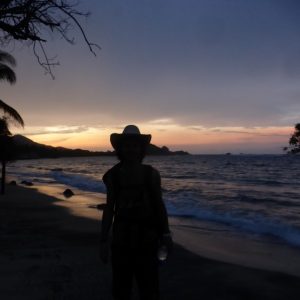 “There is no longer a king in this south-western area of Uganda, but there was at one time.  When the Ugandan king walked down the street, everyone had to kneel down and hide their eyes because they were not supposed to look at him.  Though, if the king wanted to spit, he would spit into someone’s mouth because he was too noble for his spit to touch the ground.  If he would see a woman that he liked, at night his men would find and bring her to  him so that he could take her to bed.  Later, if she became pregnant, her husband would have to go to the king and thank him for impregnating his wife…”
— The Ugandan King
[View All]