Sucre: Shitting on the Toilet, Pissing on the Floor 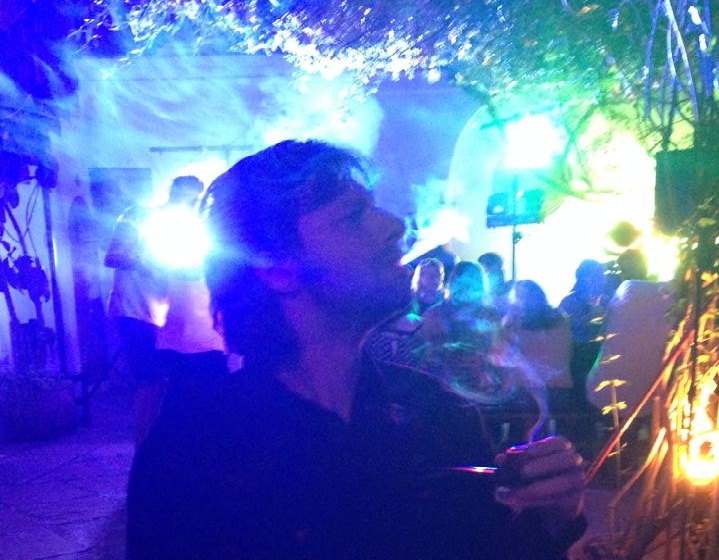 Sucre: Shitting on the Toilet, Pissing on the Floor.
April 30.

Last night I slept hard in Sucre.  I would call it power sleeping.  I can not remember that last time that I slept that hard.  I usually wake up just before my alarm.  I think I was actually in a coma when my alarm went off at 7:20am this morning.  So that makes me wonder, do we have shitty sleeps at night because our lethargic brains have not been exercised properly?  Because I have not worked the hell out of my brain for serious intellectual muscle stretching in four years, have I not really needed the rest that I had last night?  The only time I ever sleep as hard as I did last night is when I am passed out after an obnoxious night out…  I am seriously rethinking my entire mental structure right now and how I need a keep the capacity of my mind stretching.

Women are funny creatures.  There are two of them at the hostel in Sucre who I know are interested in me.  I have spent the past couple of days with the French girl and I met a Dutch one last night who hangs off my every word.  This morning I was up early and I joined the Dutchie for breakfast.  The French one arrived and I could feel awesome tension between them.  I mean, neither of these women has any real feeling for me, but there was a cold rivalry between both of those women as we ate breakfast.  I loved it, not because it was soothing to my ego, but because mental human nature is a fierce playground.

There was a party at the hostel in Sucre that really got out of hand.  I showed up to drink a couple of beer, to tell silly stories and be a bastard, as I have been in a bastardly mood lately.  People seem to enjoy that part of me.  At the end of the night my pretty Dutch friend, Aafje, and I were standing outside of the bathroom.  I could see though the crack in the door that there was a guy standing over the toilet.  I waited for about twenty minutes and then I got impatient.  I had teeth to brush.  I figured the guy could throw up in a plant instead.  So, I started beating the hell out of the door to hurry the drunk up.  He was still kind of hunched over the toilet, cleaning something.  So, I beat the hell out of the door some more.  Finally, the guy opened the door to emerge into the public again.  I asked him, “Did you have a good vomit?”  He nodded and stumbled away.  I entered the bathroom.  In no way could I have been ready to find what I was going to see and smell.  There was shit all over the toilet, all over the seat and all over the tank of the toilet.  No kidding.  He had tried to wipe up his own shit but there was still a serious and horrendous mess.  I am not even sure physically how he did that.  How do you get projectile shit on the tank of the toilet.  It was an amazing feat.  But, then we were short of another bathroom in a hostel that was already short of them.

After Aafje decided that I was not sleeping in her bed if I would not tell her my real name, I went to my own.  A very drunk English girl, about 22, came into the room with some guy who put her to bed and left her.  I fell asleep and I awoke about an hour later when I could see a flashlight shining and the darkness and I could hear the English girl freaking out, saying, “Help Me!”  Apparently she had fallen out of the top bunk and it was the German girl in my room who had the flashlight.  The English girl was wearing a one-piece pant/shirt and she had a sweater on top of it that she could not get unzipped.  The German girl helped her to get the sweater off.  Once the sweater was removed, I could hardly believe my eyes, but the drunk English girl pulled  her one piece and panties down, then she squatted on the middle of the room and peed right on the floor in the room where it ran towards her backpack and clothes.  Then she want back to bed.  I looked at the German girl, said “Fucking English…,” and went back to sleep.

“I told Annie the witch doctor that I am a struggling journalist and asked her if she can help me to gain success. She studied my right hand, pointed at a line and said, “There are others blocking you.” I asked if she could help. She said she could smoke out the bad spirits that are holding me back. I asked her what that would cost. She said it was a donation and it was up to me. I agreed to the treatment. I was instructed to sit on a chair in the middle of the room. Annie had set a metal bowl under the chair. Inside of the bowl, pieces of wood were smoking and burning. Annie put two dots of oil from her thumbs on the inside of my wrists and wrapped me up in a blanket. The smoke billowed up into the blanket and Annie was saying a chant in her language. She was blowing on the back of my neck between chants, and she was blowing on the side of my neck. Then she reached down inside of my shirt and wiped some oil on my back. Some more chants and she eventually unwrapped the blanket from around me and told me I could sit back on the bench. It was finished. The bad spirits had been warded off.”
— Siquijor Island, Philippines
[View All]