A 6am alarm is a disturbing sound when you have only had a few hours of sleep.  This is absurd.  I need to rest somewhere.  Too much is going on and too much awesome is happening.  Once I washed the black rings around my eyes and I said goodbye to Stephanie, I headed to the pier to catch a $30 boat ride to Isla Isabela, the largest island in the Galapagos. Two hours later we pulled up to an island that has no asphalt roads whatsoever and a little dirt town sleepily awaited; Puerto Villamil.  Hostel.  Check.  Stephaine’s old hostel she paid $20 for and had to share a room.  $15 for my own private.  That will do.  Awesome.

In the meantime the World Cup Premier started today and I am shamefully thrilled about it.  I have given up NHL hockey for 6 months now and I know the Stanley Cup finals are on and I have no idea who is in them, and it is hard to not care but I have to quit sports.  However, the premier of the World Cup began today and South America is very excited.  It is all everyone is talking about.  Today a television was on and the reception was by rabbit ears with a very snowy picture.  I have not seen a snowy picture on a television since 1999 or 2000 and I am not used to it anymore.  I am not sure how we felt a half snowed in picture on the television was adequate.  We are far too pampered 15 years later.  But, a crowd of people gathered around the snowy television on the dock of this island, waiting for their boats to leave.

I went shopping for tours to go to Las Tintoreras, which is a lava rock island that has blue footed boobies, penguins, marine iguanas, red crabs, and great blue herons making it their home.   I also want to do some Isla Isabella Snorkelling.

I am not sure what the penguins are doing at the equator but whoever the group leader is needs a demotion.  Red crabs are a beautiful color, but they are cannibals.  We seen one of the gorgeous things stalking another to fight and the winner being the eater, and later we seen another making a snack out of an old pal.  There are marine iguanas everywhere, hanging out and being cool.  There are marine iguanas everywhere.  They are a young species at 10 million years old, so they have a short lifespan because their organs are still learning longevity.  Because they are still at the beginning of their evolution, ‘marine iguanas’ do not yet have webbed feet and they can only eat sea algae or they will die because their stomachs have not adapted to anything else yet.  Fascinating.  They are not social iguanas, but they group together in order to create more heat together.  They survival instinct is not good yet either because they do not know to run from humans or to run from lava rock flowing towards them.

Usually there is one volcano for one island, but Isla Isabela has five volcanoes on the land.  This is a very new island at 750,000 years old.  That makes it only 10,000 times older than my father, which seems pretty young as far as land formation goes.  In comparison to San Cristobal, two islands away which is 10 million years old, this is a new place.  A species can be older than the land because the animals know that the land will disappear, so they move to the newer islands.  The lava rock covering the island is nearly all tipped with white lichens growing on top.  It is a beautiful land of crazy contrasts.  It is a wonder to biologists for many reasons of its diversity and how things such as four different species of giant tortoises which exist here that never interbreed.

Back in town I went to my new friend Tito who told me of extracurricular activities on the island and bought a trip from him for tomorrow.  Then instead of renting a pedal bike for $10, I asked him if I could borrow his while he was working.  He was cool, so I went on a 12 km ride around this island as far as the Wall of Tears, a massive walled planned to be a prison built by prisoners stone by stone. It is at least 7 meters tall in places.  Humans make an effort to be cleaner here in the Galapagos because it is so special, but they can not help but be pigs.  There is not a lot of trash around in nature, but there are wrappings here and there.  We are a disgusting species…

I went out for dinner and then to a bar on the beach. This is what paradise is.  The bar was directly on the beach and the sand was the floor.  To walk form that bar to the one next door was a trip down the sandy beach. I had a beer in a hammock and decided to go home to find a good night of rest.  On the way back to my hostel I heard music playing so I followed the sound.  There was a bar actually in the water on a pier.  I had another beer and ended up having English tea at the end of the night.  Life is good.

Isla Isabella Snorkelling, and Boobies…some birds and some English bird’s.  Ah, I am glad I came here. 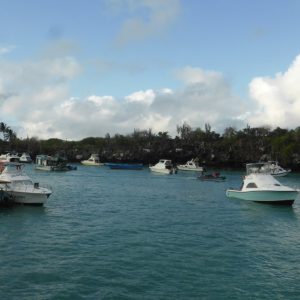 Isla Santa Cruz at 7am. 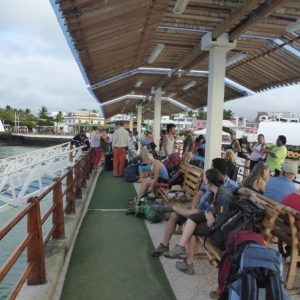 Gringos about to be shipped off to other islands. 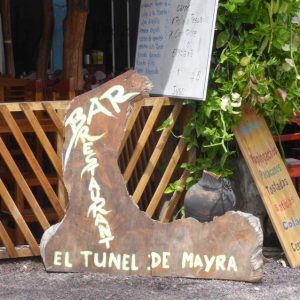 How is it that I have never thought of Brestaurant before? As well, the entire Hooters executive staff need to be fired for missing this idea. 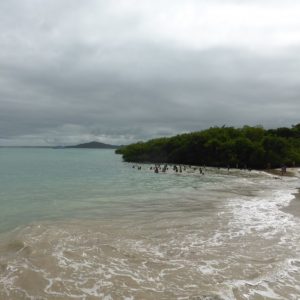 The beach off the docks at Isla Isabela. 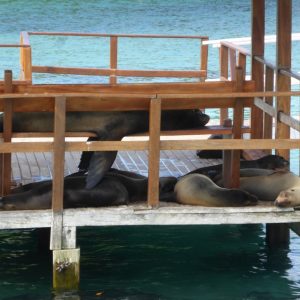 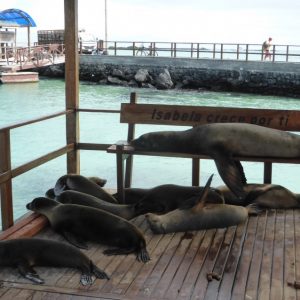 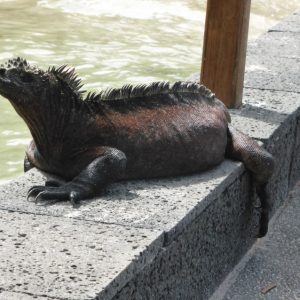 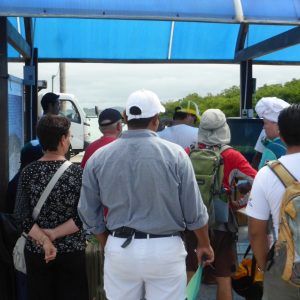 World cup 2014 premier. South America is interested. While we were waiting for our boat, we were around the television to watch Brazil vs Croatia. It was on a television with rabbit ears and the picture was very snowy. It has been a lot of years since I haev seen a snowy television. Maybe not since 1999 or 2000. I am not sure how we got so used to watching it like that and thought it was fine. We are too pampered today… 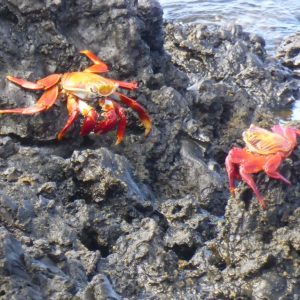 Red crabs. These guys are very nice colors, but they are cannibals. This big guy is pursuing the little guy to make him into a meal. 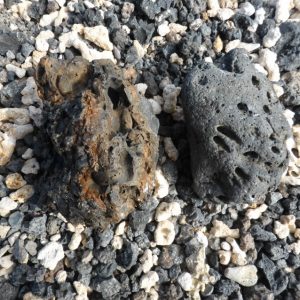 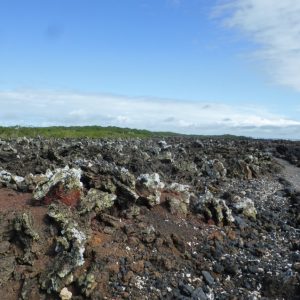 Lava Rocks. The white on top is from lichens. 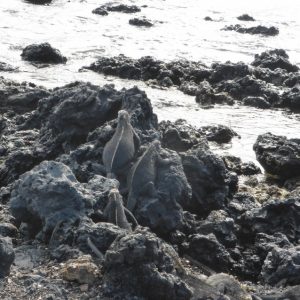 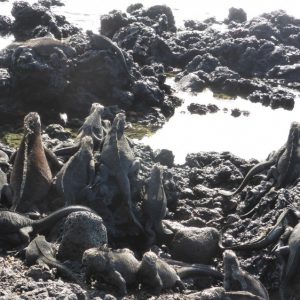 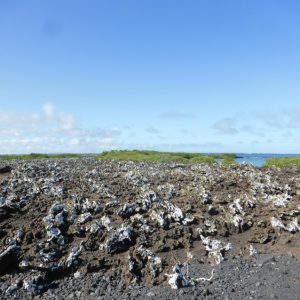 Lava Rock. The Isla Isabela is only 750,000 years old. That means it is only about 10,000 times older than my dad. I am no geologist, but that seems pretty recent in terms of land creation. . 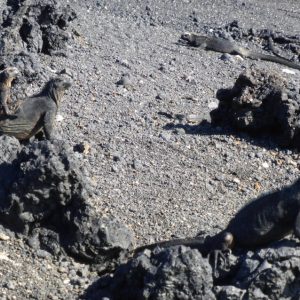 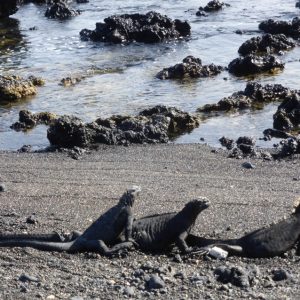 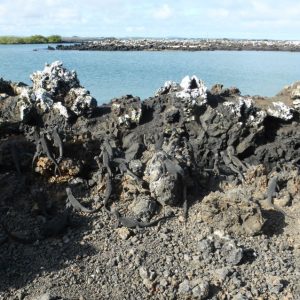 Little ones. About two weeks old. 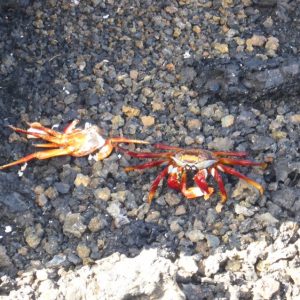 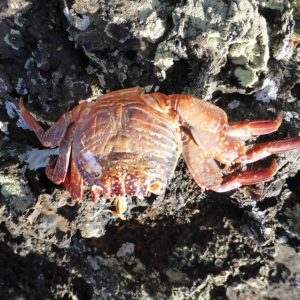 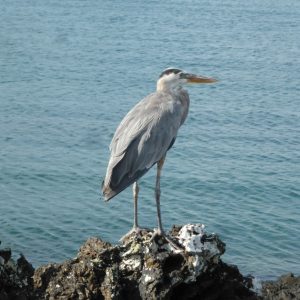 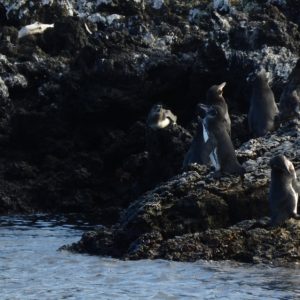 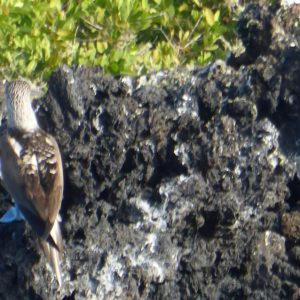 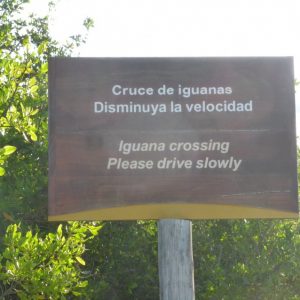 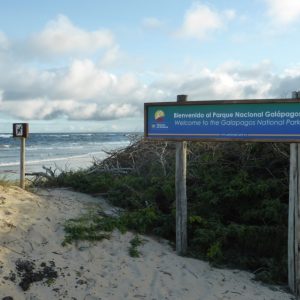 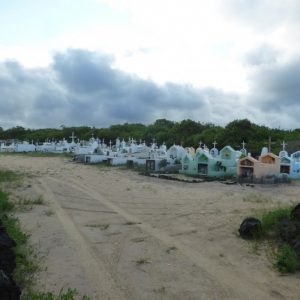 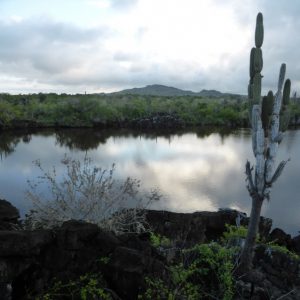 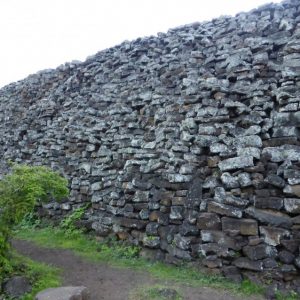 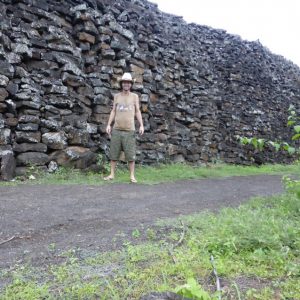 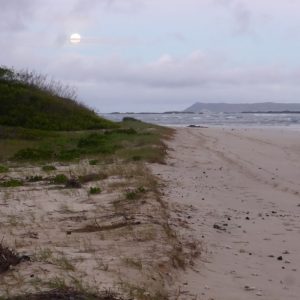 That is the moon, not the sun. Pretty awesome!

“I went into a Danish doctor's office, requesting a prescription for malaria tablets. When I sat down at her desk she asked me how much I weigh. I told her, "68 kilograms." She wrote down '86.' I said, "No, 68." She scribbled out the 86 and below it, wrote down '86' once more. I started laughing and she realized how she had written it down again. I asked her if she needed help with the prescription for her dyslexia. She thoroughly enjoyed that...”
— Copenhagen, Denmark.
[View All]