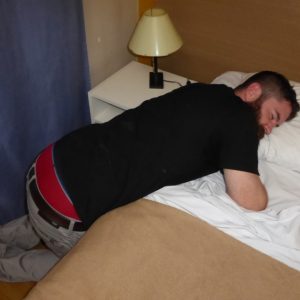 Scottie Series #1 Waking up in the hotel after drinking a lot of tequila the night before. Petrópolis, Brasil. 7 March 2014 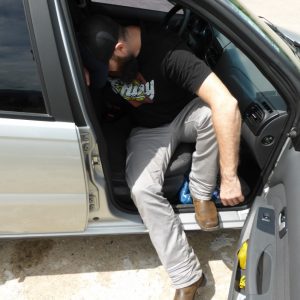 Scottie series #2 Dealing with a terrible car ride after waking up in the hotel after drinking a lot of tequila the night before. Petrópolis to Rio de Janeiro, Brasil. 7 March 2014 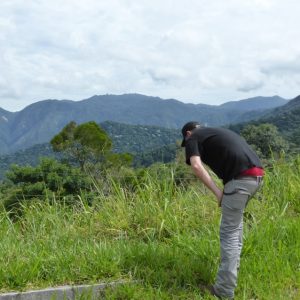 Scottie series #3 The consequences of dealing with a terrible car ride after waking up in the hotel after drinking a lot of tequila the night before. Petrópolis to Rio de Janeiro, Brasil. 7 March 2014

Irmante and I woke up in a very hot car in the downtown of Petrópolis at 10am, and there was a parking ticket on our window.  So, we took it off and walked to the hotel where Scottie and Shanna were staying.  Scottie looked terrible, like a man who drank a lot of tequila the night before.  He tried to shower off the look and the feeling, but it did not seem to go away.  We got everyone moving and headed for the car to take us from Petrópolis to Rio de Janeiro.  A new parking ticket awaited us.  This one had a lot more pen and writing on it, so it seemed to be more serious.

I did not want to drive from Petrópolis to Rio de Janeiro, but Scottie was the only other person on the insurance and he was un-drivable.  So, I had to assume the role again and it was a good thing, because when we stopped on the road to take a picture of a very pretty view, Scottie vomited.  He blamed the tequila but I wondered if he did not like the view.  Once we hit the road again I drove like hell to get back to Rio.  I did not want to drive from Petrópolis to Rio de Janeiro and I just wanted to get it over with as fast as I could.  There are so many overpasses deconstructed and so much road construction taking place in Rio that GPS was a nightmare to use to get around.  A lot of the streets it wanted to send me down were now temporary one ways.  I was in bus lanes and taxi lanes.  I just did what I wanted to do to get us back to the rental place to get rid of the car.

Back in Rio, we made our goodbyes at a parting.  Irmante and I headed back to Csilla and Cash’s favela.  They were home and had been worried about us when we got back.  They had no idea where we had been as Cash did not pay attention when I was telling him that we would be gone for the night.  So, all of their gringo friends in Rio had been wondering what had happened to us as well.  We actually got in a bit of trouble when we got home.  Momma Csilla and Daddy Cash told us to never do that again.  It feels good to be cared about.

Before dinner we fed the sagui monkeys who come into the trees while we were  standing on the terrace of Csilla and Cash’s house.  We had a bamboo stick that we could wedge slices of bananas into and hand it out to the monkeys.  After we fed the first one, he went and told all of his friends and then many of them showed up for banana snacks.  Sometimes a mother would have babies stuck to her back as one would come in for our offerings.  Eventually, we had dinner ourselves.  Csilla and Cash’s house is right above a church where a fired up preacher really screams the word of imagination.  So, we played Black Sabbath as loud as my speakers could play to drown him out.

I called ma for her birthday.  It was -50 with a windchill in Saskatchewan last week.  Wow…I am not sure how humans do it…

“Barnaby is like a Monday.  He comes too early.”
— Irmante
[View All]