San Agustín to Popayán – The Best of Tricky Scenarios

San Agustín to Popayán: The Best of Tricky Scenarios.
July 27.

I woke up this morning and had a decision to make.  I could either stay another night in the hostel of the cocaine maker and see how that went, or I could go back to Popayán where three girls are not very happy with me.  I decided on the later.  I felt like there was less chance of being murdered there, and more chance of charm getting me out of trouble.

I went for a walk to see the statues on tombs that were left behind by a culture of mysterious people that existed between the 6th and 14th centuries and have since vanished.  There is really no information on the people other than what they have left behind for anthropologists.  The culture honoured their dead with magnificent tombstones carved and detailed in volcanic rock.  Many of the statues are over two meters tall.  There are over 500 of them with frightening faces on them.  They are said to be South America’s answer to Easter Island.

I packed my bags at the hostel by and headed for the bus station that was 5 kilometes from the town of 11,000 people.  Yea, five kilometres.  Really smart and handy.  I had to catch a community taxi after I ran into my cocaine making hostel owner, who really seems to be a genuinely nice guy, but I though distance from him is probably for the best.  He handed me a stack of business cards and told me, “Reference good amigos…?”  I hugged him.  I headed to the station.

The first bus from San Agustín to Popayán was full.  A local with grey teeth who remained wanted to have a Spanish conversation with me.  He realized I could not speak Spanish well, so he yelled when he talked to me and talked normally to everyone else.  ‘Yes my friend, I do not understand a lot of Spanish but yelling the words to me really helps me to be able to communicate with you.’  I am curious to know what his solution would have been for helping me to understand had I been deaf.

A couple from France showed up.  Great.  We are sure to hit it off…  When the next bus arrived they were quick to try to get to it before me and happy to pull in front of my waiting time.  ‘Not on my watch Francais!’  That bus was full, so when the next bus arrived I was the first person at the window looking for a ride.  The French had been speaking to a local who was trying to sort out the bus for them.  The bus had room for one, and not for two rude people from France who had a mentor throwing weight for them.  The bus driver looked at me and asked, “Solo?”  “Si.”  He pointed to the step as there were no seats available.  Fine.  Just get me out of here.  He gave me a cushion for the hard floor.  It was C$25,000 whether I would have a seat or not.  I tried to negotiate, but the driver would not budge.  Fine, I paid and sat down on the floor in the packed bus.  I suddenly realized that I had just signed up to ride on a bus on a floor with a thin cushion for ass support and zero back support for the next 5 or 6 hours to Popayán on the roughest road I have been on in South America.  But it was too late.  I had reacted too fast and now I was in position and we were off.  I looked at a sign.  ‘Popayán – 126 kms.’  Six hours at 126 kms is about 20km/h for the duration because of the state of the road.  I should have held out for a seat on the next bus.  Man I hate people from France.

There was a speedometer in the corner of the windshield so that we could know how far the driver was pushing the limits.  I kept an eye on it for the duration of the trip.  Every time we found a piece of highway on the potholed gravel road the driver would open the bus up as much as he could.  I would watch the speedometer and every time it remained over 65km/h for over two minutes of time I knew I was 1% closer to the destination on the ride of hell.  I kept count of every time we achieved speeds of over 65km/h and felt ecstatic when we would climb over 80km/h.  It was a long ride.  It was a terrible long ride.  I arrived in Popayán at 4:30pm with a very sore back. San Agustín to Popayán is as unpleasant as Popayán to San Agustín.  Probably worse because of the comedown on the return… 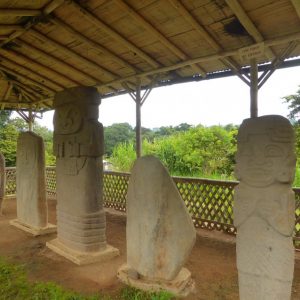 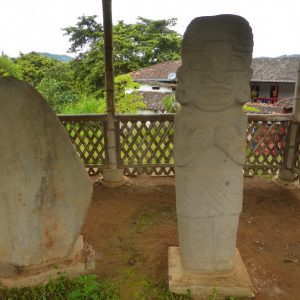 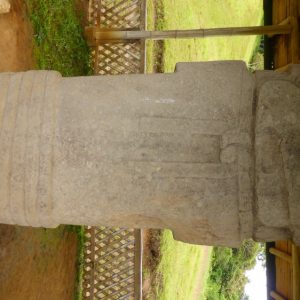 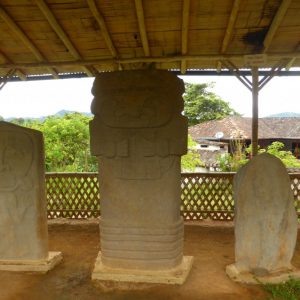 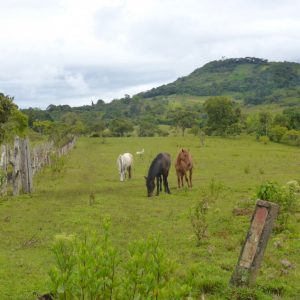 Horses on the range in Colombia. 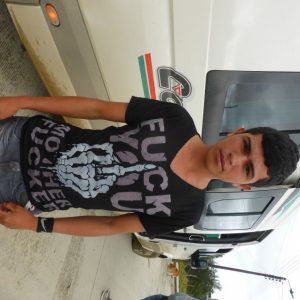 I am a big fan of his attitude. He would not even smile.

“There is cocaine in this cocaine!”
— Anonymous Friend
[View All]