Popayán: The Closest I Have Been to Home on the Road

Popayán: The Closest I Have Been to Home on the Road.
July 28.

I woke up next to Lucia and decided to get ready for the day.  I feel at home on the road here.  She took me for breakfast at Ex!to where one of her food stalls sells to patrons entering the store.  She had a bathing suit delivered and we took a bus into the mountain to a volcanic area where hot springs are.  We spent the day drinking beer and hanging out in volcanic hot water.  I like how you can have a six pack of beer beside you at the side of a public pool in Colombia.  There were guys soaking in the water with a bottle of aguardiente.  Maybe we should chill out a little western world.  The beer beside the pool certainly made for an even better day.

For the record, volcanic hot springs may sound gorgeous and romantic as they are very pretty, but the smell is pretty heavy.  If you like smelling like sulphur, then they are the place for you.  It is a great experience, the scent on your skin until you next shower is less than desirable.  It is crazy to see boiling water bubbling in a pit beside the pool.

The Nissan Patro we rode in to the hot springs was a 1979 that seems to have been used every day for tough labour every day since.  The taxi man had get out to close my door for me because it had a trick to make it work.  He was late to pick us up to take us home.  We found out walking back that it was because he was on the side of the road with a flat tire that I helped him change.  All four tires on the were so wore out that there was no evidence of tread on them.  It was a well used machine.

Lucia and I came back to Popayán for dinner, went for beer and came back to my hostel.  I am going to miss this city as this feels like Home on the Road.  I did not miss it when I left last time, but I can feel that coming on now.  I like this city.  It is gorgeous, safe, small, and the weather and the women are in a competition of which could possibly be better.  What a great little city.  It really feels like home on the road.

While I was out in a bar with my sort of Colombia girlfriend for the last time before I leave her, we were having a beer when the song ‘Bittersweet Symphony’ came one, which is the song of ex-girlfriend Nadine.  As soon as that song finished, ‘Pink’ by Aerosmith came on which is the song of ex-girlfriend Trista.  Those two songs came on back to back, and those are the only two ex-girlfriends that I have regular contact with in life.  And both of those songs as I was sitting with my current sort-of girlfriend for our last night…  Life is as strange journey of peculiar signs.  I have no idea what any of extreme coincidence means but I get worried when things like that happen.  The song Pink is so obscure that even hearing it in a bar is strange enough…

Speaking of music, the mind is a fascinating piece of equipment and I have been struggling to find some information stored in it rather than the internet.  When I was a little boy, my mom, who knows no Spanish words at all, told me that the song La Bamba was about a rattlesnake.  For almost my whole life I have believed that.  She is my mom.  When are mom’s wrong?  I guess the answer is almost never until you are about 25 and you start to reflect…  But she told me that about 25 years ago that it was about a rattlesnake and I never forgot what she said.  Recently I found out that the La Bamba is not about a rattlesnake at all and I have believed wrong information for most of my life.  So I researched what La Bamba was.  But when you learn things when you are young, and you try to replace ingrained incorrect youthful information with correct information of today, it does not stick.  At all.  I learned about three months ago what La Bamba really is and I am trying to make my memory find it, but it still can not find that storage piece in my brain after at least week of conscious hunting.  All I know is that La Bamba is not a rattlesnake.  I guess that is why I am struggling so hard to remember words and learn this Spanish language as an adult.  Well, that and the amount of parties I have put my brain though since I was 16 years old…

Goodbye to my little Lucia and my Home on the Road. 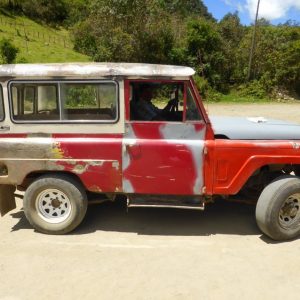 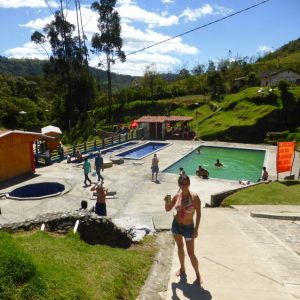 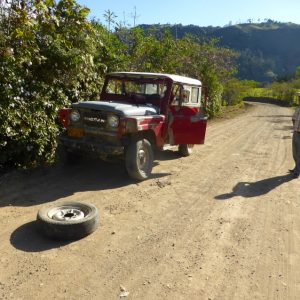 Changing a tire on a dirt road from a volcano. 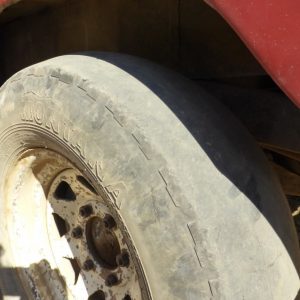 “As I got just past Medicine Hat, Alberta, there was a guy standing on the side of the road, thumbing a ride. So, I stopped and got him into the car. He said his name was Michael and he was on his way to Swift Current, Saskatchewan. Michael told me that he has been clean from crystal meth since November. He quit cold-turkey, so instead of being in places of temptation, he hitch-hikes all around Canada and sleeps in the Tim Horton’s which he knows will allow him to stay. He said he woke up yesterday morning in Brandon, Manitoba, hitch-hiked to Medicine Hat, Alberta, slept in a hotel that an organization paid for, and now he was on his way to Swift because the Tim Horton’s there will allow him to sleep. He now wants to be a minister in a church. By staying on the move, Michael is able to hide from his meth demon. Five minutes into the drive he told me that he was tired and asked if he could sleep. I told him to make himself comfortable. He was snoring in about 90 seconds. I dropped him off in Gull Lake a little while later.”
— The Meth-Quitter Coffee Shop Hider
[View All]