Rio de Janeiro – The Calm Before the Storm

Rio de Janeiro – The Calm Before the Storm.
18 March 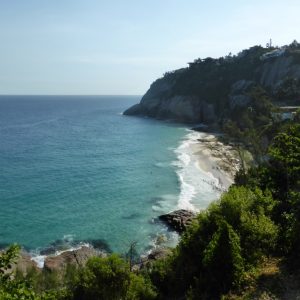 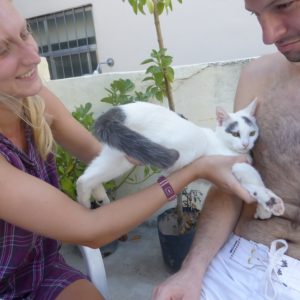 I am not hung over after St. Patrick’s day.  What a treat!

We had a relaxing one and we woke up in Cash and Csilla’s corridor sweatbox at about 10:30am.  Cash and Csilla have a cat who was taken away from her mother too early, so she suckles on the fuzz of a teddy bear that they have in the house.  Irmante has been trying to get the cat to suckle on my nipple though my hairy chest.  She is traumatizing the cat as she shoves it at my nipple.  Irmante told me that she and Csilla are plotting to spread some fish scent on my nipple in hopes that the cat will suckle me at night.  Women are nuts, most of the times.

I tied loose ends and after lunch we went to a special beach, Joatinga, to hang out in the sun.  Irmante says I need color.  I look too much like a gringo and I am begging to be ripped off.   It was good to see the beaches beyond just partying at them for Carvaval.  And it is nice to see the bronze beauties bikini clad on those beaches.  Brazil is not such a bad place to be.

At 1:20am, Cash and I went out on a hunt for a licence plate for my friend Beaner’s shop at home.  I had a set of pliers and two screw drivers.  We walked around for about an hour, but every street was too illuminated or there were security guards around or there were police around or there were people around.  It was hard work, but we eventually found a dark car in the favela.  I did not want to get one from the favela because it is too close to home for Cash, but he was not concerned.  So, I got a beautiful plate off of some abandoned project car.  That seem logical.  I basically took a plate off a car of Brazilian Beaner.

It is the Calm Before the Storm.  Tomorrow is the start.  We are catching a bus out of here, and the circle of South America and the mark we will make on it starts.  Adventure awaits.

“He told me, "I just have to wash the dishes to the point where my new roommate realizes I suck at it. I mean, that's not me. At home me and Karlee have a system, where...she does the dishes."”
— Fatty
[View All]