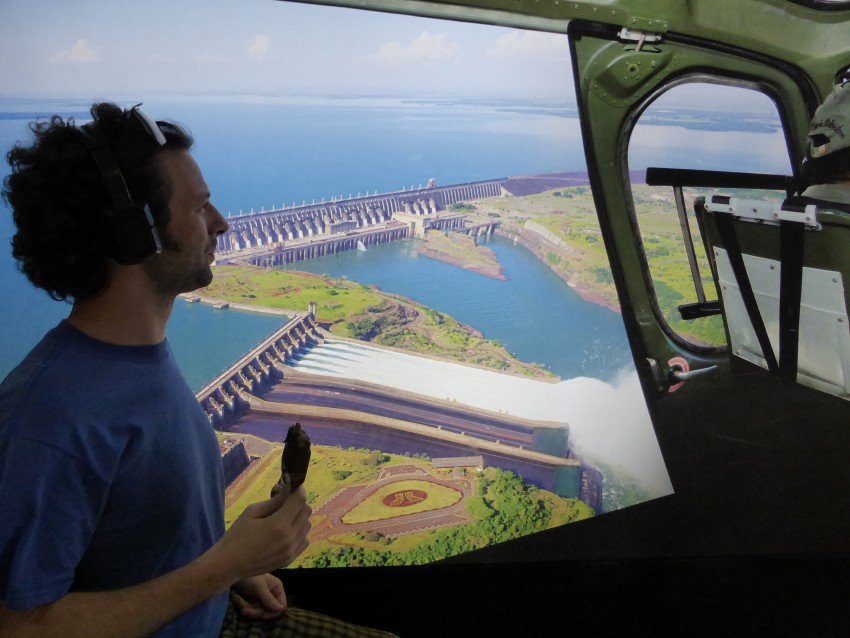 It took Irmante and I forever to get moving as I have a million things to do before I could leave the hostel.  Eventually, we made our way into the city form our hostel.  To my male shame, Irmante has a much better sense of direction than I do, so she is kind of the leader of our pack right now.  She can also speak Spanish, which seems to be a tremendous help in South America.  She got us to the city center today and got us on the bus to take us to the Itaipú Dam.  It cost us about $.63 US to get there on the bus, and the bus was awesome.  There were holes in the floor of the bus near the driver and there were holes in the dash where he used to have gauges.  There were pictures of Jesus and Mary on the windows and 1970’s curtains hung from the roof.  It was gorgeous.

But the highlight was the money collector on the bus.  As we came to a red light, the money collector guy got off the bus and ran as hard as he could, for about 100 meters.  He was about 35 years old.  We watched him run and run as we sat at the red light.  After a while he got to the area of the next bus stop and he found a plastic chair where he sat down and waited for the bus to arrive.  Once the bus arrived he got on with all of the passengers and collected their money.  It was fascinatingly peculiar, but he was not even the first person we had seen running full blast down the street today.  It was our unnecessary street runner of the day.

The bus dropped us off on the side of the road in a spot where it looked like we were just deserted gringos, but after some guidance before the bus left, we followed their pointing hands to a road that took us to the Itaipú Dam.  As luck would have it, today was International Water Day.  Itaipú Dam is the second largest dam in the world after China’s Three Gorges Dam, which Mike and I once passed, not caring to stop.  I regretted that today knowing I was now at the second largest dam, and then we went on the worst tour that anyone could have thought of.  I do not speak Spanish, so  I was really up against it, but it was terrible for Irmante too.  After a 20 minute information video, we were loaded onto a bus and driven to a fairly non picturesque area.  Then we were loaded onto the bus again, driven around the dam, and not let off the bus again until we were back at the reception center.  It was dam terrible.  There was a light show to take place on the dam tonight to music, but I was so disappointed by the tour that we headed back to Ciudad del Este.  It was my most lame International Water Day in memory

A Korean restaurant fed us, and I started dumping beer into us and shifted into party-plans gear, but Irmante was not feeling the life, and we headed back to the hostel, tripling on a motorcycle taxi to get back to our beautiful hostel.

I just found this on Wikipedia….   It is worse than we thought – “When construction of the dam began, approximately 10,000 families living beside the Paraná River were displaced.
The world’s largest waterfall by volume, the Guaíra Falls, was drowned by the newly formed Itaipu reservoir. The Brazilian government liquidated the Guaíra Falls National Park, and dynamited the submerged rock face where the falls had been, facilitating safer navigation, thus eliminating the possibility of restoring the falls in the future. A few months before the reservoir was filled, 80 people died when an overcrowded bridge overlooking the falls collapsed, as tourists sought a last glimpse of the falls.” 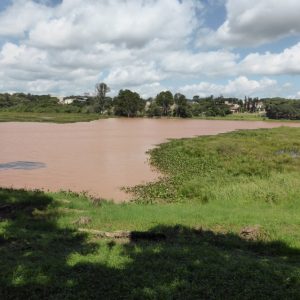 A hot chocolate river? Nope, it is the lake in Ciudad del Este. 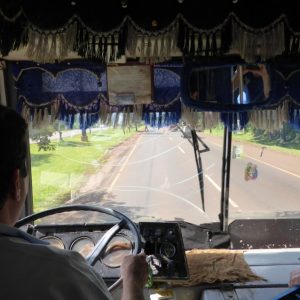 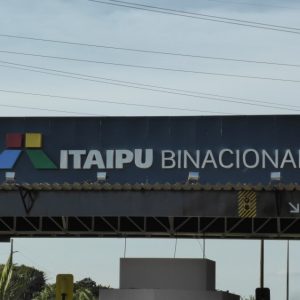 Itaipú Dam. Dam Terrible. It was the worst dam Internation Water Day ever. And Irmante got tired of my ‘worst dam’ and threatened to punch me. I told her it had better be the worst dam punch I have ever felt… She hits like a girl. Itaipú Dam, Paraguay 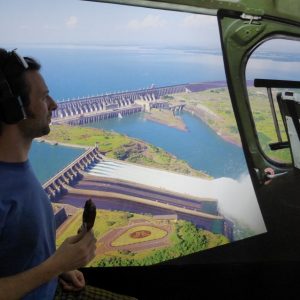 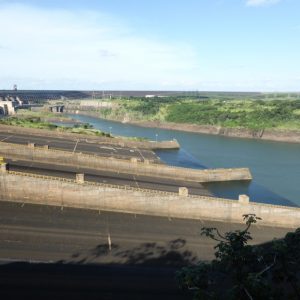 But, it was the worst dam tour that I have ever been on in my life. It was our worst dam decision of the day. Itaipú Dam, Paraguay 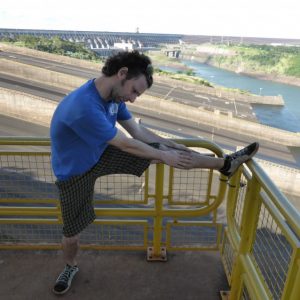 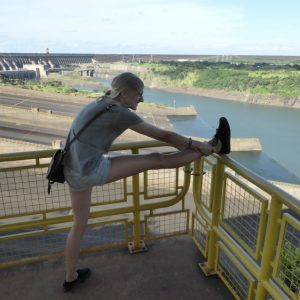 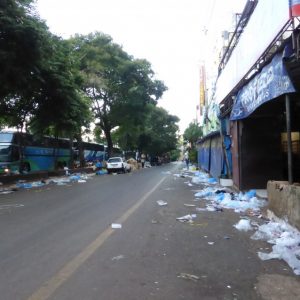 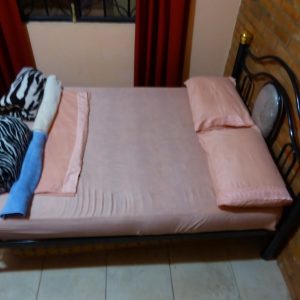