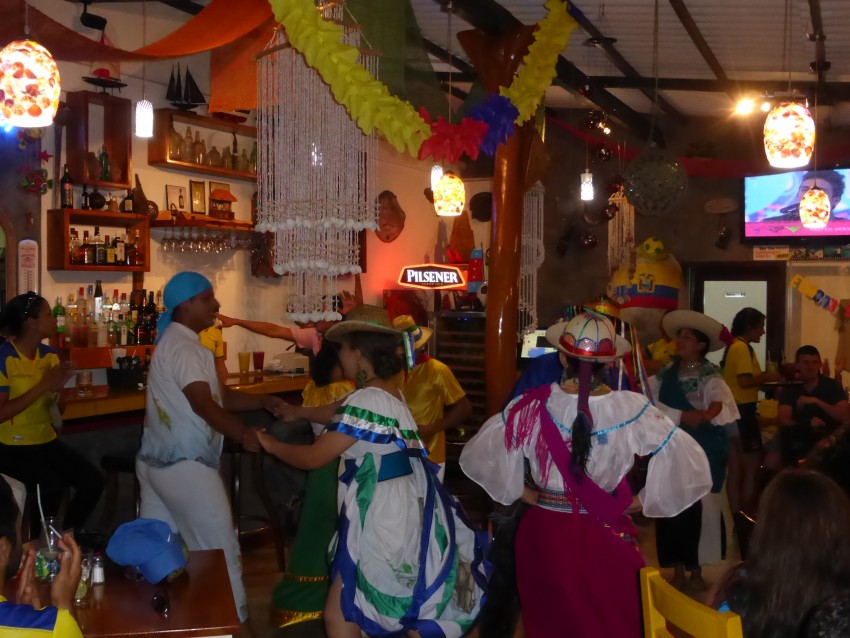 Yesterday I changed hostels because I was having internet trouble.  I asked the new hostel before I moved in if they had ‘Agua Caliente,’ hot water.  I asked two different people at two different times.  Both times I was told, “Si!”  So, I took my bag of life to the room they directed me up the stairs towards.  And then I did not have hot water when I went to shower.  And then I went to the front desk and the Ecuadorian man went into a room and turned some taps and told me came back out with a ‘Voila’ look on his face and told me there would now be hot water.  And then I went to my room and there was no hot water.  The front desk man came to my room, put his hand under the cold water coming out of the shower head, told me, to wait a minute and then exited the room before I would clue in to the fact that no hot water would make it to my room on this day.

So I had a cold shower and cursed the world for its evil liars.  A hot shower is my meditation every day.  Do not fuck with this!  Rage boils inside of me when I have to deal with a cold shower; before, during and after.  I know I am a budget traveller, but a hot shower is more important to me than meals are.  A hot shower is the only time in the day where there is no pressure from the outside world for absolutely anything, and I can just relax my brain for some time.  Instead I had to deal with that nearly coma inducting startle when the cold water first hit my back and I swore aloud frequently in my anger at liars.

I went out at night and hung out with a German friend, got a little drunk and came home at 3am when I did not feel I was getting enough attention anymore to merit my out all night-ness.  When I returned to my hostel, the glass front door was locked and I was on the wrong side.  So, I knocked on the door.  No one came to my rescue.  So, I rattled the door.  No one.  I rattled the door for about 5 minutes straight, sure I was going to wake all of the neighbours.  With no luck I went to the truck parked outside and I bumped it hard hoping it would have an alarm that would bring attention to the fact that I was locked out of the building I was paying rent in for the night.  When the truck only silently shook, I went back to the hotel door again and began slapping and rattling it without any kind of stoppage.  It was a hell of a racket and after about another 5 minutes of non-stop noise a hotel man came down the stairs in his underwear.  He was not happy with me.  I was not happy with him though I was happy to see him.  A secret curfew instilled?  I decided to sleep three hours and leave the island on the first ferry from Isla San Cristóbal to Isla Santa Cruz.  Life is not smooth here anymore.  The necessity change-up!

I arrived on Isla Santa Cruz with my five friends and when they checked into a $10/night hostel called Salinas, I asked about hot water and was told there was none.  So, I checked into Gardiner Hostel for $20 for the luxury of hot water and slept until 1pm.  Three hours of sleep inadequefies me.

I am trying to turn a girl into a friend that I have previously slept with.  I have never done this before, although this procedure has been performed on me several times.  It is a strange feeling for me to try to regress with someone who I can feel still likes me.  This seems to be very unnatural for a man, which would explain why I have never attempted such a thing before.  She is a great girl that just always makes things a little bit difficult.

I rested for the day, went out for beer and pizza at night with friends and came home at 1am.  There was a small fiesta taking place but I decided against it.  I need about three days of down time to sharpen my pencil that is dulling.  Maybe on the mainland…  I hope…

It will not happen here, but I am glad to have made the change from Isla San Cristóbal to Isla Santa Cruz… 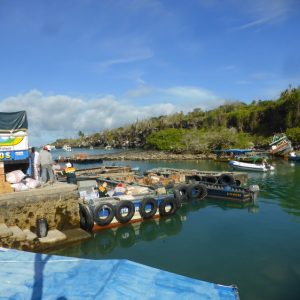 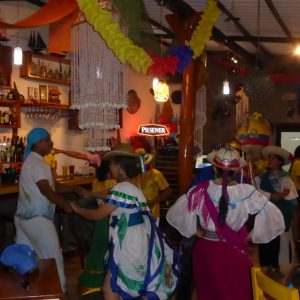 “I had to call to Google today as I was having trouble with my account. When I spoke to an Indian man on the phone I was really polite to him and I could tell that he liked me because I was calm and not someone typically screaming at him. I was on the phone with him for about 15 minutes and then he asked if he could put me on hold for a couple of minutes. I said, “Sure.” He told me, “Go get a coffee and come back.” I said, “Nah, I just go on porn instead…” That made the poor guy super uncomfortable because he did not know if I was serious or not…”
— Google Operators...
[View All]