Potosi Mine and Removing Desert Grime

We slept in a nice hostel last night and I got up at 8am to have my clothes washed in two hours, so that they will be ready when I start my day.  Cleanliness!  Those jeans.  Science might like them as there is sure to be something useful in that grime.  They should have probably been washed alone.  They were last washed in Buenos Aires and I think I have worn them every day, partying in Mendoza, partying in Santiago, hitchhiking through Chile, sandboarding in San Pedro, and then crossing the desert and salt flats of Bolivia.  Clean.  Awesome!

Team Sweden and I went for a tour of the Potosi mine today.  What a grim existence it is to be a miner here in Potosi, Bolivia…  We were able to buy dynamite.  I spent (20 Bolivian) $4 on a stick of dynamite, fuse, and some fertilizer.  Anyone can buy dynamite.  I bought mine as a gift to give to one of the miners in the Potosi mine, hard at work. Potosi mine workers are basically freelance so whatever they mine is taken and processed.  It is a tough gig and they drink cheap 96% sugar cane alcohol which they get very drunk from.  Life expectancy of miners who spends his time in the Potosi mine is between 45-55 years of age.  Lung cancer gets them from all of the dust they breathe in and the chemicals they deal with.  Some kids start as young as 13 years old in the mine.  It is sad.

The Spaniards created their empire based on the silver that was originally taken from the Potosi mine, beginning in 1545.  The aboriginals had a very difficult existence once they basically became slaves for the Spaniards.  Over 8 million people have died in the mine of Potosi since they first began mining silver out of it in the past 469 years.  They say that a bridge could be built from Potosi to Spain just with the bones of those who have died in the mine.  They also say that another bridge from Potosi to Spain could be build from the silver mined from here.  Today, lead, tin, zinc and silver is mined from the rocks smashed by the miners.

The men in the Potosi mine are superstitious, and so no women are allowed to work in the mines.  The men believe it brings them bad luck and low prosperity to have women inside.  However, there are women, often miner widows, who work on the outside of the mines.  The same mine has been used the entire time, and we were 1500 meters inside of one of the shafts. We wore rubber boots as the water was up to our ankles in most places.  I cringe imagining the miner slaves 400 years ago doing that work in bare feet.  It was so cold in places of the Potosi mine, and so hot in others, but in any case, mining silver in bare feet must have been an even worse existence, carrying huge stones through dark and wet shafts.  Today, the conditions are still terrible.  We were hunched over for much of the tour to get through the shafts.  And, the air inside of the shaft makes it very hard to breathe.  With my lungs the way they are, I really struggled in there.  There were times when I just wanted to get out as my breath was just not there.  We were inside the mine for at least two hours.

Just before we left for the tour, Doton from Israel asked to leave his backpack in my hostel room.  I told him I wanted 10 Bolivianas for storage.  He said, “How about 5?”  I said, “You really are Jewish!”  He liked that.  Potosi is the tallest city in the world at just over 4000 meters of altitude.  I rocked out to Nirvana in the shower.  I was playing ‘Nevermind,’ but my lungs are so short of air that I really had to stop singing at points because just singing was making me gasp for air.  I have never experienced something like this before.  The future… 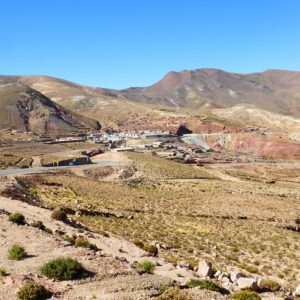 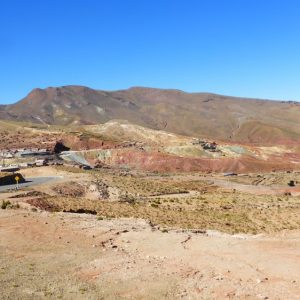 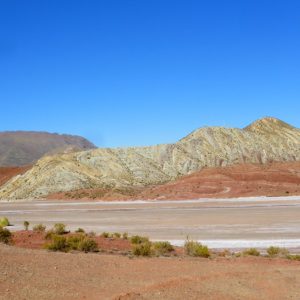 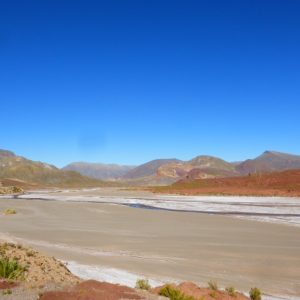 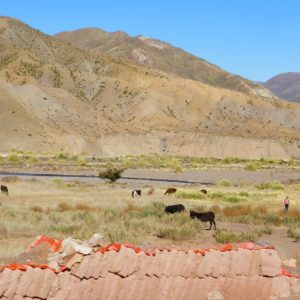 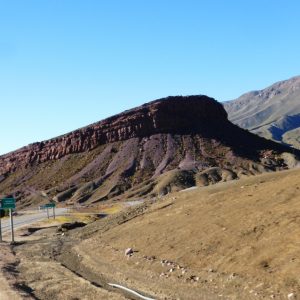 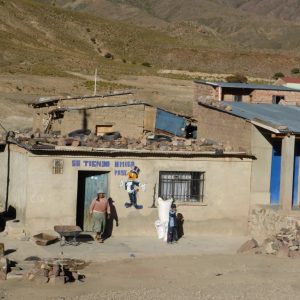 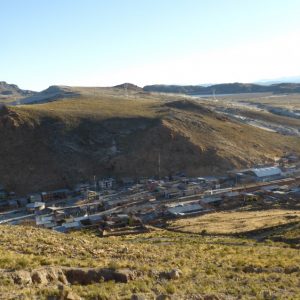 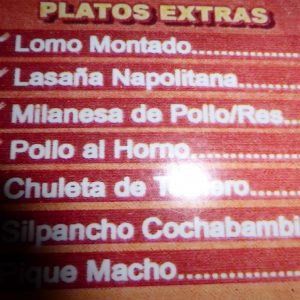 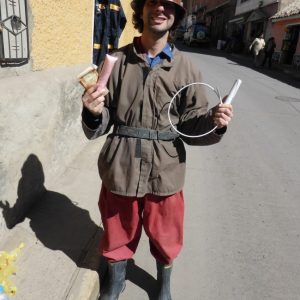 Buying dynamite for about $2. 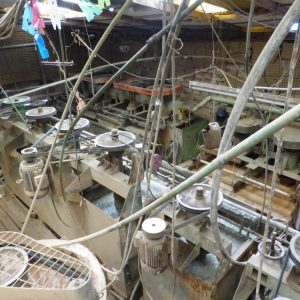 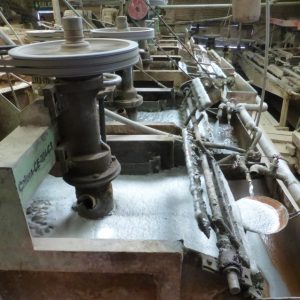 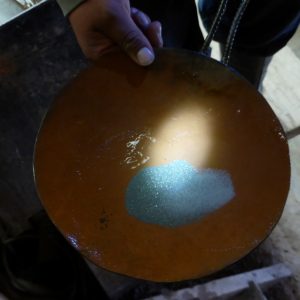 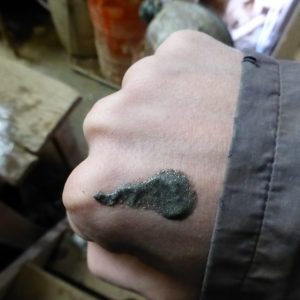 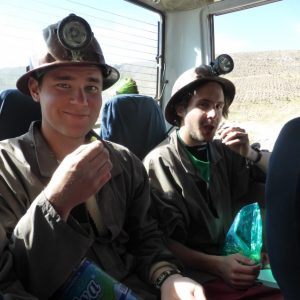 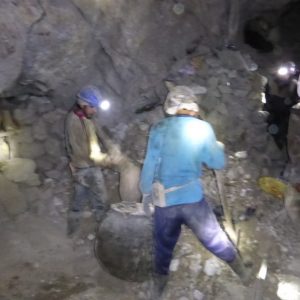 Young miners old for their age. 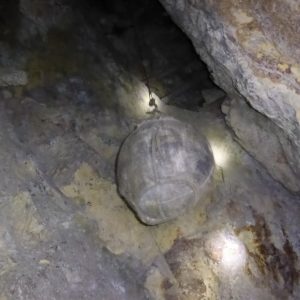 Lifting out rocks hopefully ful of metals and minerals. 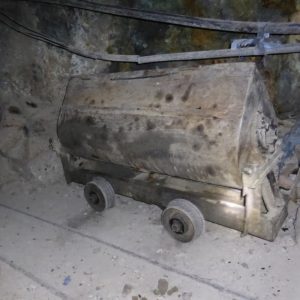 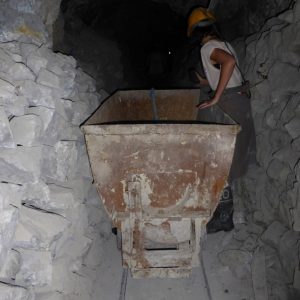 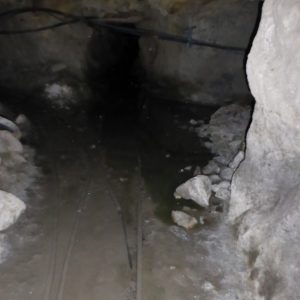 Tio. The devil god of the mines. Always with an errection. I wonder how much the air hurts the mens fertility that they always reference errections. 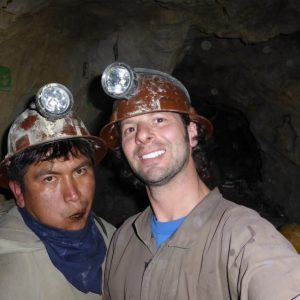 A cheek full of cocoa leaves. 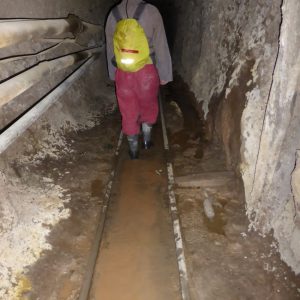 “It was 05:45 as I was driving down the highway, close to Anzac, when I saw a wolf coming down the road. It was dark, but in the lights of my pick-up he looked almost white with some gray in him. He was not running nor walking, but rather seemed to be trotting and looked like he was prancing as a horse does to lift his legs high as he moved. He was coming towards me in my lane of the highway but he did not even move. I actually had to swerve around him as he was like, “I am a freaking wolf. I am walking here. You can go around me pal...” It was amazing. It was so beautiful that it made my eyes water.”
— Northern Alberta Wolf
[View All]