Popayán: The Nature of Age 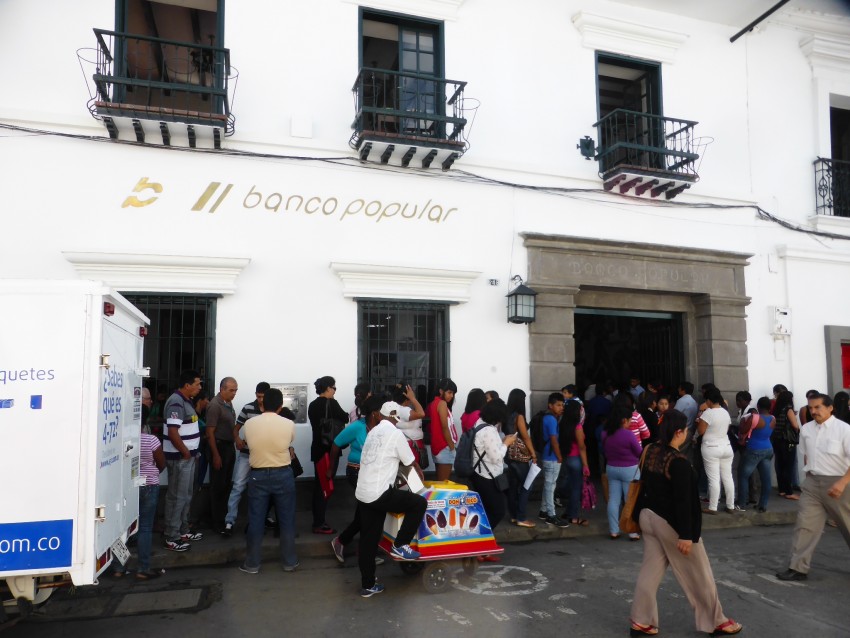 Popayán: The Nature of Age.
July 7.

My Canadian friends, Rob and Tracy, are travelling the world with a five year old. Makai is a really good little traveller and he hangs out well with the adults.  They have to take him for out for doggie walks so that he can burn off some energy as is the nature of age.  I am well entertained by him and their parenting process.  My favourite thing he has said so far is, “Don’t ask a woman to do a man’s job.”  Rob and Tracey’s reaction was awesome as they were super concerned wondering where he had learned that from.  Television…

I got thrown out of my hostel today.  They are overbooked and I did not give them any kind of heads up on how long I would stay.  So, they called around and found me a new place and sent me on my way.  It was beginning to feel like home in Hostel Caracol.  I moved into Hostel Park Life for the same price of just over $10/night.  I do not feel like I own this place yet, but hopefully that will come…  Right outside of my door is men selling cut fruit.  Breakfast for $1 is about as much mango and pineapple as you can eat.  Fresh fruit here is amazing.  It has a taste to it because it was not grown on mass amounts of fertilizers.  And to have a man outside the door hacking up a mango and applying lemon to it for you is incredible…  As Rob said, “That could never happen in Canada.  People would be all over that man about safety regulations and food handling licences.”  People are happier here.  There is not so much control.  People do not have as much money, but it is clear that money is basically a substitute for happiness.

I met up with Lucia and we went to a riverside for the day to hang out, make out, and whip my Spanish into shape.  I am a project.  It drives me crazy how I have to look up the same word seven times before I can remember it fully.  And it must be frustrating for her to use a word that she knows I have looked up six times and I can not figure out what she is talking about until I look up that same word again.  The nature of age, bong resign from university, partying for years and the laziness of being an English speaker sure make learning a language hard at my age.

And speaking of age.  This is what I have learned.  You can meet a beautiful 34 year old woman in a bar and you would never know that she is 34.  You can make out with her, hang out with her, laugh with her and party with her.  You would never really know she is 34.  The when she takes you to her beautiful grown-up house and while she is cooking you dinner you meet her 15 year old daughter, she suddenly seems much much older.  I hit it off with her daughter well because the basis of her and I are probably mentally closer to the same nature of age than her mother and I are, and I still sleep with girls who are only a few years older than she.  Then after dinner Lucia and I went outside to sit on a bench and she seemed very young again when the scene changed.  Reality of a situation is present in the mind, but it is shocking when real exposure happens.  It is an eye opener!  Lucia is a gorgeous woman who radiates the awesomeness inside of her.  I would like to take her with me on the road for a couple of weeks as I like being around her but she has responsibilities and commitments as someone our age should.

When it began raining outside Lucia jokingly told her daughter that I was probably going to have to stay overnight.  Her daughter let out a, “Nooooo” at the same time as I was mentally letting out a, “Yesssss.”  That was the moment when I realized how mentally close the nature of age of her daughter and I were.

Before I went home at 11pm, a seven year old seven named Nicholas came to talk to Lucia and I on the bench.  He asked me where I was from.  I told him Canada.  In awe he responded with, “Justin Bieber…”  That is the representation of Canada in the minds of the youth of the rest of the world.  Yikes….

“I asked the Namibia immigration man if there was a bus that came to the border.  He said that one might, but that I should just wait for a ride from someone coming though.  The first village was 33 kilometers away and he told me the next real town was 200 kilometers past that.  He said, “Cars are scarce, but you can not walk from here as this is a game reserve and there are animals that will eat you.”  ‘Noted.  I shall just sit here then.’”
— Botswana to Namibia
[View All]