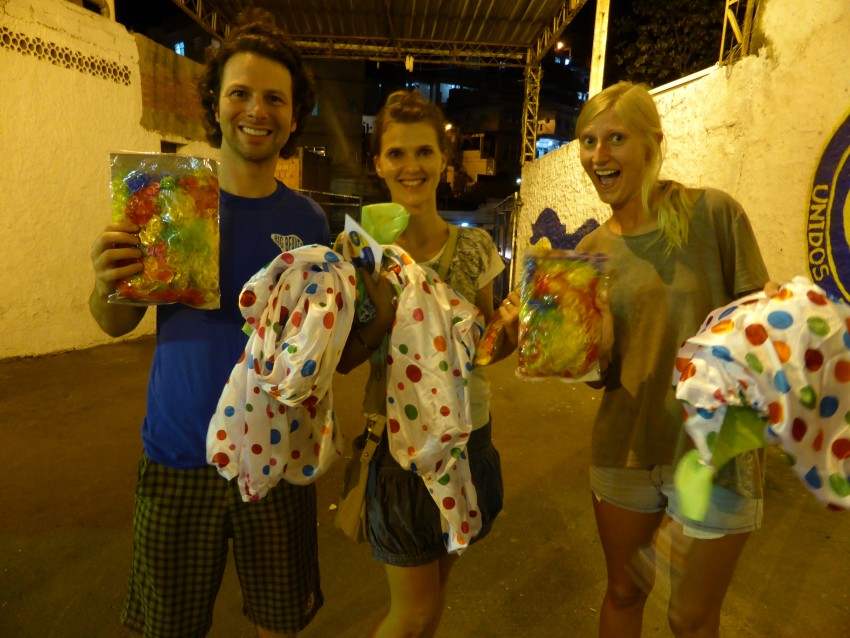 I got up at 7:15am and went with Csilla to the international airport to pick up my special Girmante Sangrialatte from Lithuania.  So great to see her face at the airport.  The journey starts now.  I like to describe her as ‘Me with blond hair and boobs.’  How will her and I, two such similar people travel together?  That is going to be fascinating!  I can not wait to see how people who meet us receive us as a travelling pair.  Energies….

On the way from the airport, Csilla pointed out the walls the city had to build along the highway so that the people from the favelas would not come down to rob cars stuck in traffic.  The walls are painted with large children’s drawings.  How cute…

Why is it that no one wants to shake hands since I got here?  Everyone wants to do some kind of finger slap fist pound bullshit.  I do not meant to be old fashioned, but I think a good hand shake is a good get to know you.

It was 39 C of hot!  So, we kind of hung out at Csilla and Cash’s all day and when we went for a walk through the favela, we found a school practicing Samba for the parade.  When we went to watch them in their Carnival Build-up, and we were offered spots in the parade.  So, the four of us are going to be dressing as clowns and we will be in the Rio de Janeiro, secondary parade!  Amazing.  We have to dance and the lady told us to chew gum so that it looks like we are singing!  Very very cool.  They will pick us up in a bus and take us to the parade and then bring us back after.  They were very happy that we are from Hungary, Lithuania, Canada, and Brazil!

We went for a walk after around the beach at Copacabana, but it was kind of quiet.  The Carnival Build-up calm before the storm I suspect….