A little over an hour of sleep is not enough.  I require more.  I got out of bed, grabbed my backpack, said goodbye to Julia and her cat and headed for the airport.  I would have liked to have spent a lot more time in that bed.  Julia is pretty, has an amazing body, is a great person to spend time with and has a laugh that will recharge your batteries.  I wish her well.  It turned out that I was three hours early for my flight.  I could have enjoyed one of those hours a lot more in her bed than I did on the carpet of the airport floor right next to my gate.

Delta charges to check bags.  I had no idea that Delta is something of a budget airliner.  I hope I remember to not use this airliner again.  I had to pay $25 to check my backpack, which I was pissed about, and the plane I was on did not even have seats that lean back.  Or entertainment.  I do not need movies on the plane and could really care less, but it is not often that one gets on an airline without any kind of entertainment.  Well, that is not entirely true.  There baby who was going through what was obviously the worst part of his short existence and spent a large portion of the ride announcing it to everyone on the flight to Minneapolis, which was a city of my re-introduction to Wrangler jeans and chewing tobacco.  I have not seen either of those items since December.  Minneapolis is getting pretty close to home!  It is nearly Canadiana.  I heard a native-Indian reservation-accent in the airport.  Nearly there.  The gate for the flight to Regina was obvious as there were two people with green Saskatchewan Roughrider hats…  Hmmm…

As I boarded the plane for Canada, I threw away a receipt for 2L of alcohol I bought at a duty free shop exiting Colombia.  As the plane was waiting and I was sitting there filling out my paperwork, I realized that I was going to need the receipt that I just threw away.  I left my things in my seat, got off the plane and went back through the corridor.  The gate attendant looked at me with huge eyes.  I walked past the front desk where the girl seen me and yelled, “You need to be back on that plane.  We are closing the gate!”  I walked over to the garbage can, reached in, pulled out my receipt, and walked back down the corridor to my 50 seater regional plane.  Maybe I was their wild excitement for the day.

When I arrived in Regina I got off the plane where customs/immigration were happy to go through my bags once I told them I had just come from South America and Colombia was my last country.  First I had to pay duty on my excess supply of Colombian alcohol, aguardiente.  They had no idea what it was.  They asked, “Is it a vodka?”  I said, “You can call it a vodka.  It is augardiente.”  They were confused by it and did not really know what it was.  I said, “It is alcohol.  It will make you black out.”  They looked over the containers and decided to just call it ‘alcohol’ with no classification.

The man who was going through my bags seen my Beaver stickers and asked me where I am from.  “Big Beaver.”  “You are not from Big Beaver are you?”  “Yep.”  He was from Ceylon.  He was the uncle of some guys I used to party with from there.  After I name dropped them, he said, “Whoa, you know those guys.  I had better really go through your things then…” with a smirk.  He was right in thinking that about them.  As he was searching my backpack he came across a newspaper-wrapped item and asked me what it was.  I told him, “That is my most prized possession in my backpack.”  He wanted to see it so I unwrapped and unwrapped and expose what was inside.  When I got to the last piece of newspaper I smiled and asked him, “Are you ready for this?”  He said he was.  I pulled off the last piece of paper off and revealed to him a cow hoof with a wine bottle inside.  He laughed and said, “Wow, I wish you had not shown me that…  I am not sure you can bring that in.”  I said, “It is gorgeous hey?”  He agreed and said, “Okay, put that back in your bag and do not show it to anyone.”  He sent me away.

Nephew Steve and friend Danny came to pick me up.  We drank beer in Dan’s backyard until Beaner got home from work.  Food, beer, Dan’s truck, and we headed to Bean’s farm with a container of aguardiente that he, Steve and I were shooting.  Bean called it a ‘catching-up’ trip and we dropped off some junk that he called ‘treasures’ at his parent’s farm.  Wes and Helen were home so we went in to visit with them.  It seemed very crazy to be at Bean’s parent’s farm in Parry, Saskatchewan, later in the day after waking up in New York City this morning.

Back in Regina, after aguardiente and listening to a lot of ‘Appetite for Destruction’ on the drive back, we went to Bean’s garage to drink and hang out.  Fiona and Kelly came over on bikes and we just visited, drank aguardiente, and hung out.  The night gets sketchy from that point and I can remember Bean vomiting into a garbage can and then dumping the vomit into plastic cups to see how much there was.  That is where my memory ends….   Augardiente is destructive, but a good game in the safety of friends… 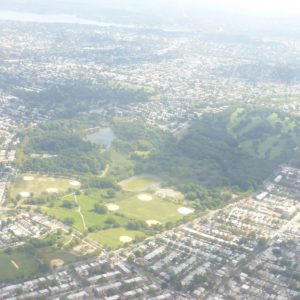 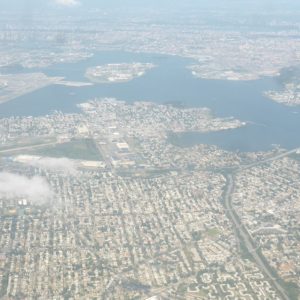 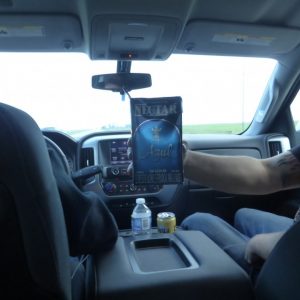 Aguardiente from Colombia, on the road with the boys from home in a catch-up. 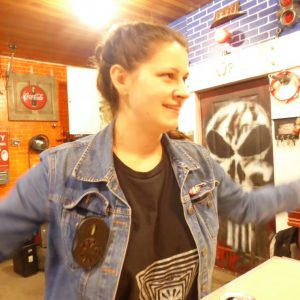 It is great to have you back in my life. 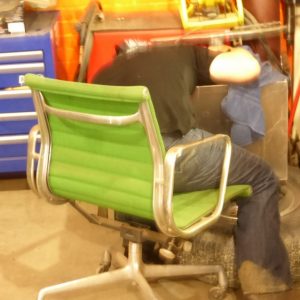 When your body says, “No more aguardiente.” 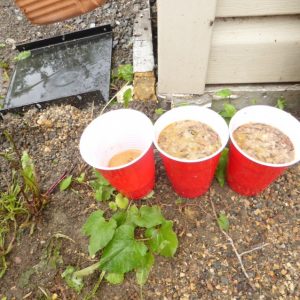 “A man was telling me that when inflation was so rampant in Zimbabwe, the currency got so crazy that they were making $100 trillion currency notes.  Even those were virtually worthless.  The currency was abandoned in 2009 in favor of the United States dollar that they have seen using ever since.  So the story goes, when the currency was changing over, a man went to the bank with a wheelbarrow full of  Zimbabwean dollars to exchange for their value in USD.  In the bank, he had to go to the bathroom and he asked some guys if they could watch his wheelbarrow full of money for him while he ran off.  They agreed and he went off to find a toilet.  When he returned, his money was on a pile on the ground of the bank floor, and his wheelbarrow had been stolen.”
— Life in Zimbabwe
[View All]