I woke up in our hostel in Punta del Diablo and had my first shower in four days.  That was pretty awesome.  I did not feel dirty, but I probably was. There was only brown water at Cobo Polinio so it was not much of an option there.  When we arrived here yesterday, I was already dirty, so I just dealt with it.  I stole a towel from the hostel.  I have just been drip drying with no towel for too long, and I have wanted to steal a towel all along, but all of the hostels have been way too awesome to do that so far.  Finally, we came across shitty people running a hostel, and I borrowed a necessary accessory for the rest of the trip.  Thanks for sucking El Indio Hostel in Punta Del Diablo.  Irmante and I have also been washing underwear and socks in the sink with soap.  We need a washing machine, bad.  We just need to make it to Buenos Aires and all will be fresh!

A cowboy on horseback, using a bullwhip to move cattle is pretty badass.
We spent 5 hours riding the bus back to Montevideo.  Uruguay is a country where your bus driver will be blasting down the highway at 100km/h with a feather duster in his hand, cleaning the front of the dash and gauges.  It is also a country where you bus driver will stop at a store along the way so that he can pick up a soft drink to enjoy for the rest of the drive.

Felipe took a Swedish guy, who only wanted to talk about doing drugs, Irmante and I out on the town.  We went to a little pub where everyone sat around on the street outside.  I drank grapa miel, which is a Uruguayan special drink that is too sweet and seemed to lead to my demise.  In Caballo Loco Hostel owner Felipe’s truck on the way to the bar, he told me in his awesome accent, “Beaver, I think that you are actually a rockstar, just that you do not have a band.”

I met some girls, played their ukulele and had fun all night.  Some woman came past me at some point when I was talking and told me in her accent, “Hey, you are in Uruguay now.  We speak Spanish here.  Make the effort.”  It was amazing.  It is the first person in Uruguay who has been rude, and I was not ready for someone to say something like that to me at all.  So, I had no ammunition, and I fed her some bullshit about how I am actually fluent in Spanish, but that my friends only speak English so it is the language I have to use.  I sure wish I had been ready for someone to say something like that to me though.  I could destroy her now.  She was walking away as I was saying, “Fuck off.”

Our group made some friends and when Irmante decided to stay to visit with Felipe, I crammed into a car with a four Uruguayans, and the Swedish guy.  The guy driving the car was Markus, who told me that he lived in Winnipeg Canada from the time he was 3 until he was 6.  He told me that he recently seen footage of himself when he was that age and he spoke like me with no accent.  That is now gone and he lost the language and now has a Uruguayan Spanish accent.  That is interesting.

We bough beer at a gas station, and I bought a bottle of sparkling wine.  I wanted the wine so that I could shoot the cap off at a car as we drove down the road.  I took the wire off the top of the bottle, and as I was looking at someone in the car who was speaking to me, the top blew off and hit the roof of the car.

They took me to some teenager party where I was calling everyone niños.  The Swede was still not fun so we took him back to the hostel and then the five of us went to a rock bar.  One of the guys had broken up with his girlfriend that day, so I told him I would get him laid.  I saw two beautiful girls in the bar later and one of them said something to me in Spanish when we were on the terrace.  I told her I only spoke English.  We made friends.  I asked the second girl her name.  Then I asked the first girl her name, and she said she had already told me.  Fuck…Sophia…  Then she asked me if I am really drunk, which was undeniable.  So, I blew that, and I was highly disappointed. I blame the grapa meil.

About three minutes later, a girl heard me talking English and began talking with me.  I have no idea what we were talking about but I remember feeling that everyone else was bored and wanted to leave.  So, I went to leave with them.  I kissed the girl I was talking to, who is only an image of dark hair in my mind now, and left the bar with my friends.  As we walked around the terrace the girl was watching me.  She leaned over the terrace and I kissed her again as I headed to the car.  We drove away from the bar and then stopped a few blocks away.  The guy driving pointed at his friend in the car and told me, “She is going to drive now.  I am too drunk,” and they drove me back to Caballo Loco Hostel.  I am not sure what time it was by then, but Felipe was already working his morning shift at Caballo Loco Hostel, which started after 6am.

Felipe told Irmante that we are the coolest people that he has met so far in five months of running Caballo Loco Hostel.  Awesome! 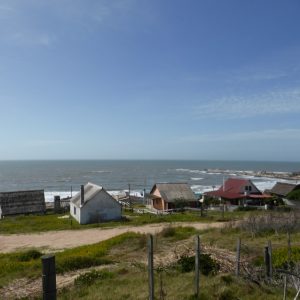 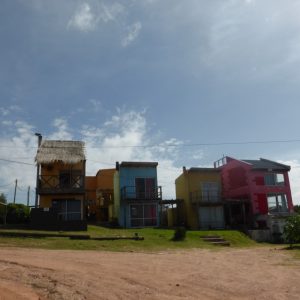 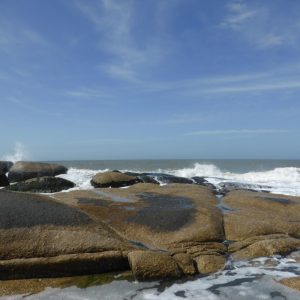 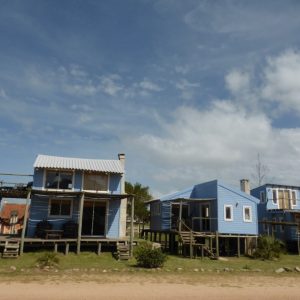 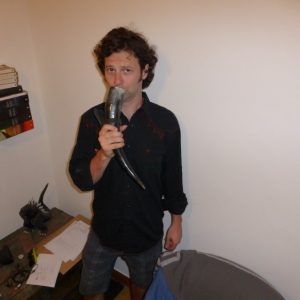 That is a drinking horn. How very cool! 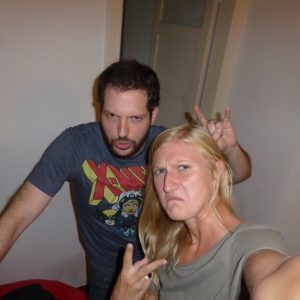 Show us your Montevideo my Felipe.

“We were talking about accents. I asked him, “But you know what Shakespeare English sounds like right. You took it in school, right?” He relied, “I never took it in school. I heard what it sounds like on The Simpson’s once though...” Wow...”
— Fort McMurray, Alberta
[View All]