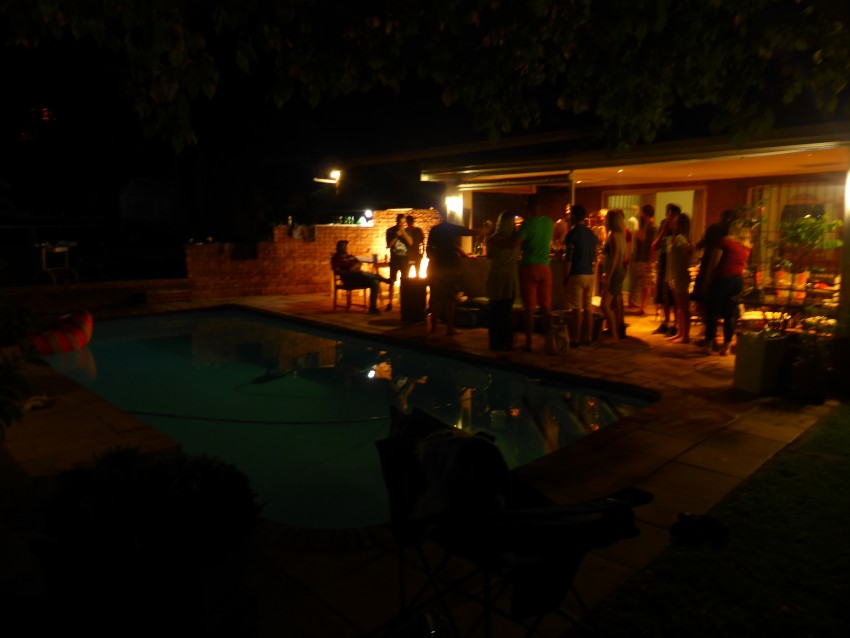 March 19
South Africa had quite a history, some of it very dark.  On February 1st 1991, a signing of a national peace accord took place where former president F. W. de Klerk promised to end an apartheid legislation and end the segregation of whites and blacks.  Up until 1991, covering a time frame of about 20 years, South Africa had a dark mark on their name because of the partisan.  This proud sports nation involved in cricket, rugby, football, where banned from the international sports world during this time.  However, there were still competitions that took place and other nations would come to play South Africa in sports, but they were referred to as “Rebel Tours”. There are no sports statistics recognized from any of these games.  Very interesting.

However, the release of Nelson Mandela from a 27 year prison sentence in 1990 sparked a change in the country and South Africa began to address the race situation.  There are still ramifications though the country today from the partisan and repression, wounds that will likely take centuries to fully heal…if they ever do. 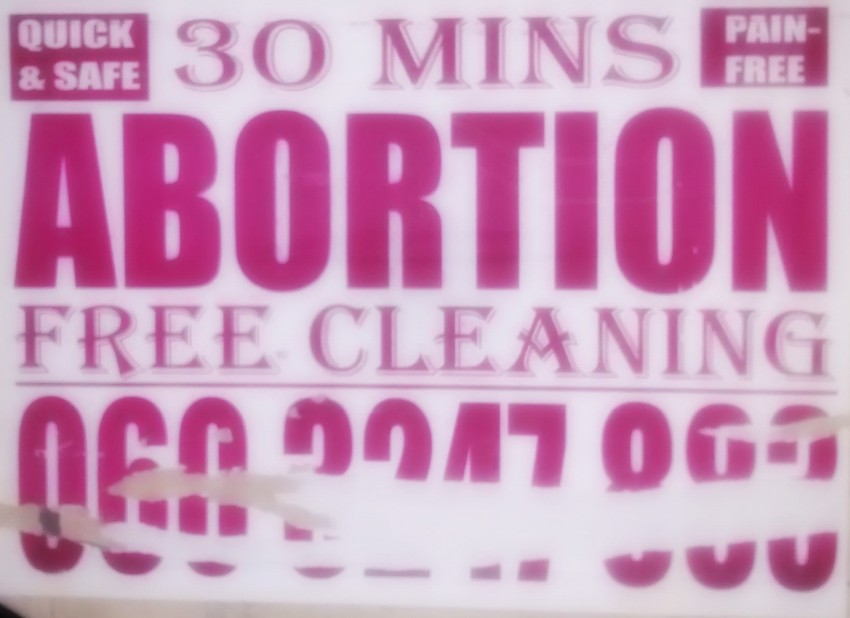 Whoa, this was on a street pole. It seems crazy to see abortion so openly advertised here in South Africa.

Toby told the taxi driver to “Give them a hoot,” when we were at the front gate.  “Hoot” is the sound of  a horn in South Africa.
In the evening while Martiza went to see her mother, Toby and I went to a going away part of his friend Richard.  We went to a very affluent area of Johannesburg and to luxury house where we waited for the front gate to open.  From there, we walked down the lane to the house where there was a second gate to get within the gated yard. Then, there was a third gate just to get into the house.  I am not used to seeing so much security.

The house was elaborate and beautiful with a swimming pool in the yard where everyone was gathered.  I made friends with most of the party and talked a lot of nonsense all night.  It was good fun and it was a party with rock and roll music all night as there were many musicians at the party.  It was a real treat to not have to listen to horrible pop or dance music all night.  The party rocked out to a lot of metal through the night, which was totally wonderful.  I spent a lot of time talking music with everyone.  One of the partiers, Darynn, had the Fleetwood Mac “Rumors” album cover tattooed on his leg.  Both he and I got goosebumps on our arms when we began discussing that album.  Those are fantastic moments in rock and roll when they happen…

I shared sniffing tobacco with a group who were hanging around with me.  That made for a lot of fun and a lot of laughs.  We drank the party dry and then Toby and I came home at about 03:00.  Partying sure is fun.  It was really nice to hang out at someone’s house, never having to worry about my things, and never having to think about the dangers of drinking a lot and worrying about the people around me.  It was a party vacation from the party vacation.

“Shhhh, my mom wants us to go and talk outside.  She’s small, but she’s aggressive…” –  best quote of the night.

“He told me he is an agent, involved in the kidnapping team and in the terrorism team. He is one of the most interesting people I have spoken with in many years. He had amazing stories about tracking down kidnappers and showed me an article in the news from a couple of days ago where two terrorists were busted in their homes. He found their home. He basically works with the James Bond’s of the country. Fascinating.”
— Fascinating Conversations
[View All]