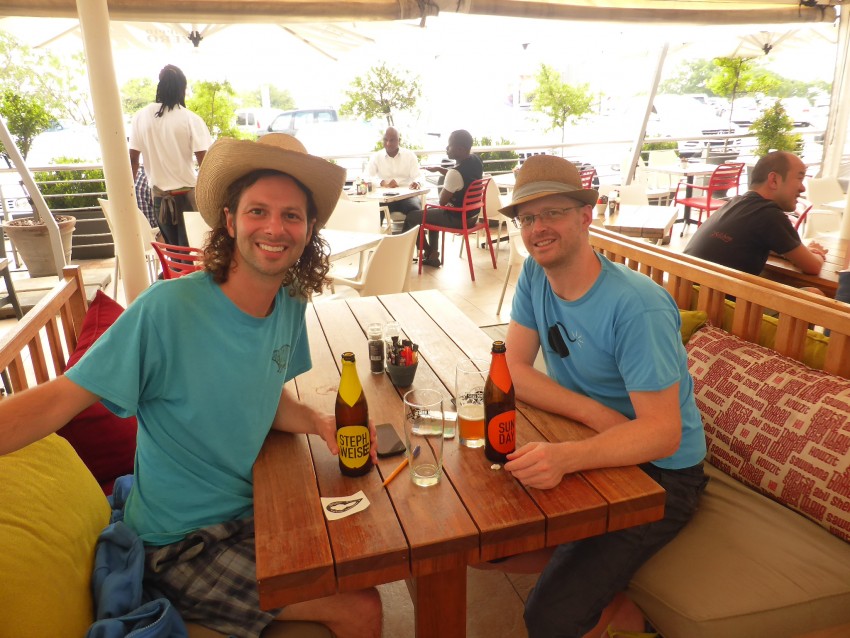 Hanging out with Toby.

March 18
Johannesburg: Like Nothing I was Expecting.
The bus arrived in Johannesburg at 06:00.  I was listening to the band Seether as we drove because they are the only band from South Africa that I really know anything about.

Coming into Johannesburg was very interesting.  I have only heard terrible things about Johannesburg.  Car jacking.  Murder.  Theft.  Crime.  Gated communities.  I did not even really want to visit, but I had a friend here so I decided to come and have a look.

As the bus was coming in on very nice and smooth highways (something I am not used to in Africa), we were passing by strip-malls and restaurant chains.  The buildings here lose the rustic look of the rest of Africa and instead look plastic and generic, just like North America.

I really felt like the city of Johannesburg could be anywhere in North America from its distant appearance.  It feels like it could be Cleveland, Edmonton or Atlanta.  Then, you get more into the city and you see all of the garbage around the bus station and people sleeping on the sidewalks.  That happens in the cities I have mentioned above, but the amounts of garbage and the amounts of people sleeping on the sidewalks are of a far different league here.

At the bus station, I was busy trying to find my old friend Toby Harris, who shares a fantastic last name with me.  I last got to see Toby in New York when we were working at Na Sho Pa camp in the summer of 2004. So, it was pretty cool to see an old face in Johannesburg.  So cool. 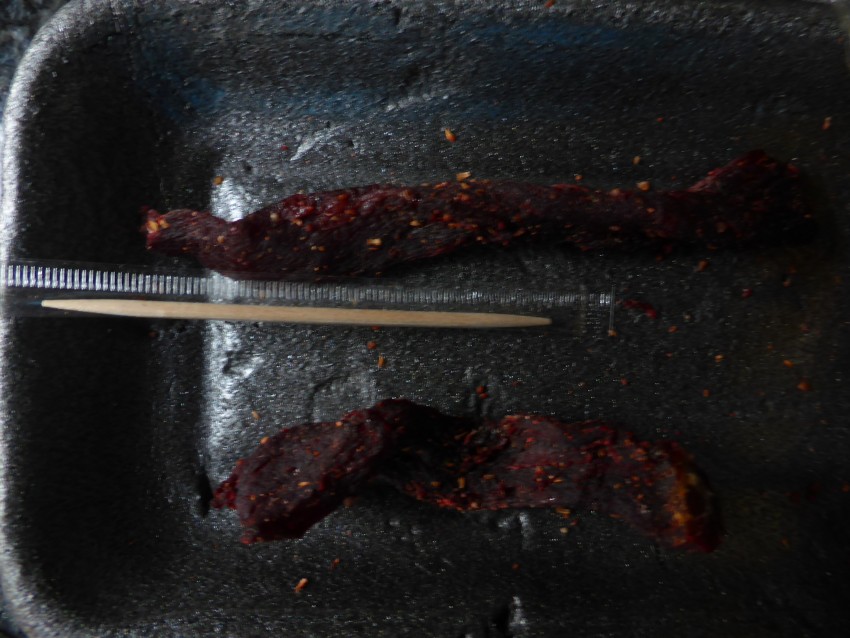 Clever South Africans package their version of beef-jerky with a toothpick to get the inevitable wedging pieces out of your teeth again. Smart!

Toby and I jumped into his pickup truck and he drove me through the city for 40 minutes to his house.  Johannesburg is a monster.  Including the suburban areas, the population is 10.2 million.  Yea.  Huge.

As we drove through the city again, it began to look really nice.  There are beautiful palm trees growing in between streets and the main driving areas of the city are really clean.  Somehow, it feels comfortable here.

People love to spread fear. You can never listen to people. One needs to seek out life for themselves.

With all of the warnings, I was sure that I was coming into a filthy city of slums where you would always want to keep to yourself because everyone was a thief and you were likely to get robbed and murdered if you talked to anyone.  People love to spread fear.  You can never listen to people.  One needs to seek out life for themselves.

Toby is a proud local from Johannesburg and he enjoys this city, so it is a breath of fresh air to hear the great things about the place.  We stopped at his house where I met his fiancé Maritza and then Toby and I went for breakfast to catch up and have a beer.  Toby is a cameraman who is climbing through the ranks in South Africa, doing television and photography.  It was fascinating to chat with him about his work.  We had a really cool morning. 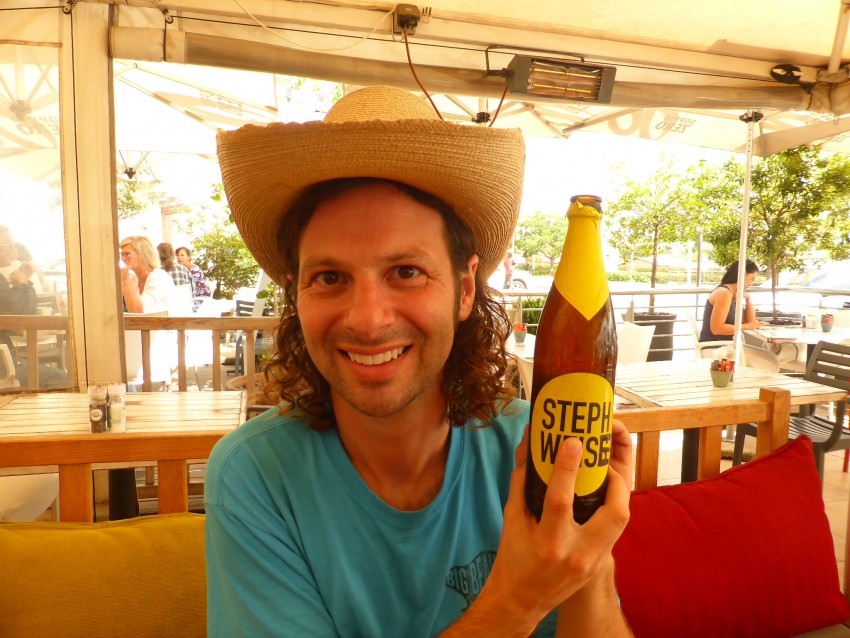 In the afternoon, Maritza and Toby went out of town, but left me at their house to settle in and relax.  I have my own bedroom and my own bathroom in their beautiful house.  There is a swimming pool in their courtyard.  I told them it is quite a step up from my hotel in Bulawayo that smelled like mouse urine…

It was a fantastic relaxing afternoon and evening for me.  Sometimes a man needs to spend some time on a couch…

““Beave, you are almost like a season. You show up…it is Beave season!””
— Shanks in Nottingham, England
[View All]