Johannesburg: Hanging out in Maboneng

March 20
Johannesburg: Hanging out in Maboneng.
In 1886, there was a gold rush in this area that lead to the establishment of Johannesburg.  In fact, Johannesburg was referred to as “Egoli” or “The City of Gold”.  A mineral revolution was taking place at the time, and as a result, today there are many bleached-white and yellow-tailing mine-dumps standing high around the city.  It gives the city a very distinct, unique look with the unnatural man made piles of sifted-through earth. 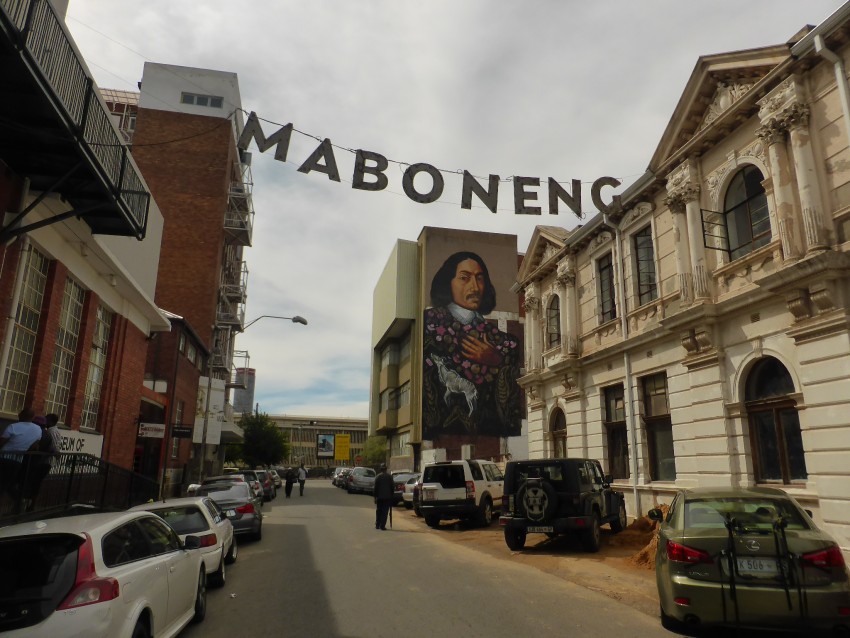 Maboneng, a very hip area of the city!

Toby and Martiza took me to “Maboneng”, which is a hip-bohemian area of the city where vendors sell handmade crafts and food stalls are prevalent.  One can buy too many deserts, something we would find out later in the day.

The area is very cool and it is a nice “drinking mojitos in the afternoon Sunday sun” kind of place.  So, that is what we did.  Maboneng is a busy place and it seems to be where the cool-cats of Johannesburg do it.  T’was a great day just hanging out with Toby and Martiza, drinking cocktails and beer through the day.  We found the “Jazz Freedom Fighters” performing a gig in the basement of a building that we enjoyed for the rest of the afternoon. 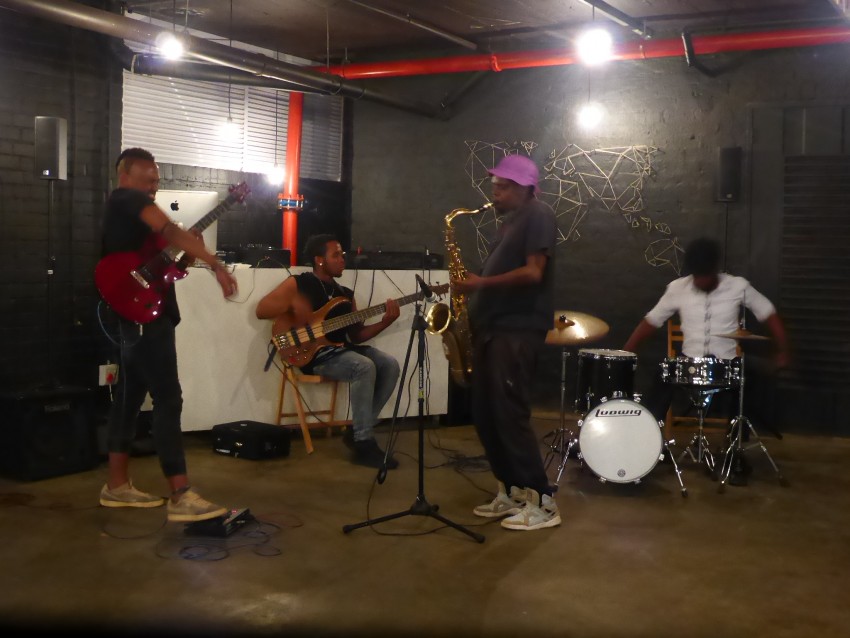 It has been a long time since I have been around so many Caucasian people and I was amazing at how beautiful white women are.  I am not used to being around them so they are like a novelty to my eyes.  There were so many beautiful women.  But, I can feel that my rockstar status of a “white-guy passing though Tanzania, Kenya, Uganda, Rwanda, Zambia, and Zimbabwe” has disappeared here as I am not a novelty anymore.  I have felt powerful in the countries where I have been and it was a situation of just picking someone that I felt attracted to in those countries.  Being in South Africa means going back into the trenches and having to work hard for it again…  Rockstar status sure is a lot smoother of a ride in other countries. 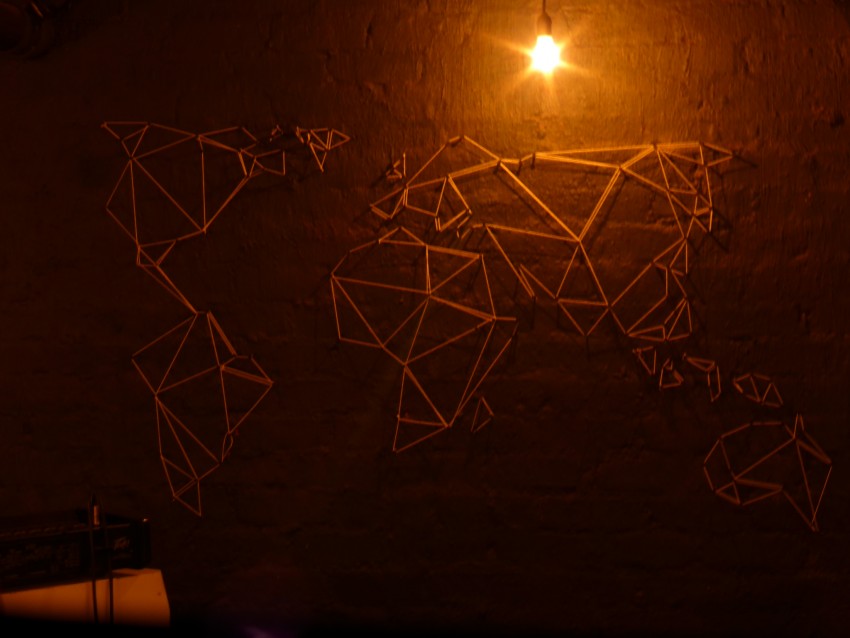 The nation is very interesting.  There are stickers for abortion clinics on street signs everywhere and there are 10 meter billboards advertising “Sex Trade” on the side of the roads as you pass though the city, but they are a somewhat conservative city. In 2012 The Independent Communications Authority of South Africa denied access to pornography through television networks going into people’s homes.  There seems to not be a consistent standard to follow in the country…

Zuma left school when he was in the 5th grade. This is the leader of South Africa.

The South African president, Jacob Zuma, has been in power since he won elections in 2009 and was re-elected in 2013.  Zuma is their polygamous leader who has six wives and 20 declared children.  He has been involved in sex scandals, as well as accusations of rape and corruption that he was acquitted for only one year before he was elected to the presidency.  He has a child with the daughter of one of his friends and once claimed that he had a hot shower after having sex with a woman with HIV, which he assumed was enough to prevent the spread of the disease.  Zuma left school when he was in the 5th grade.  This is the leader of South Africa.  Incredible…

This is a very interesting nation… 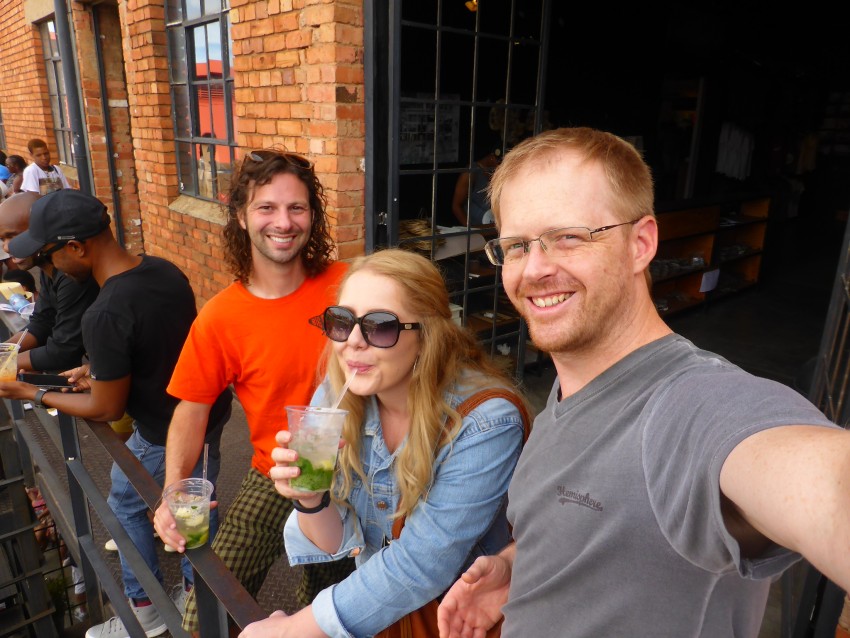 A very cool day with friends.

In the evening Toby, Maritza and I returned to their place for dinner, and then Toby and I sat down to watch Pulp Fiction.  I have not watched that movie in 20 years and it was interesting to watch it with a television cameraman so that Toby could break down scenes for me. It was as if I was watching the movie though his eyes and seeing what he sees.  It is pretty cool to see the art of movie production in such a way that my own eyes would never observe.

Pulp Fiction is a trip for me today.  When I last watched that movie, I had never traveled.  There are things in the movie that I only understand today with references to things like Amsterdam and Samoans.  It makes me wonder what my mind thought of these subjects in 1995. When I watched the movie at a time when I had no idea what a Samoan was, did that conversation in the movie just go over my head and I never considered it at all. Did I just not understand what it was about and had my mind just blankly moved on to the next part of the scene?  I find that interesting to reflect on myself, wondering what I thought about things I did not know about then… 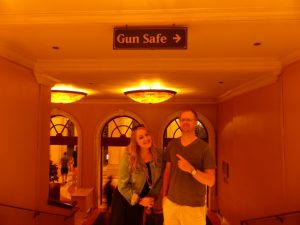 A gun safe, to store your guns when you go into a casino in Johannesburg. 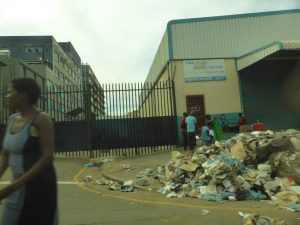 A trash strike recently happened in Johannesburg that the city is trying to sort out now. 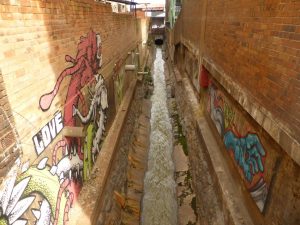 Water, moving through the city and street art to pretty up the scene. 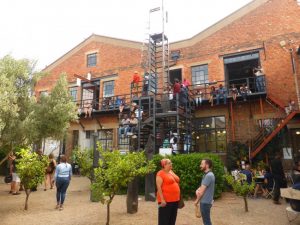 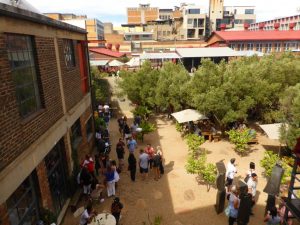 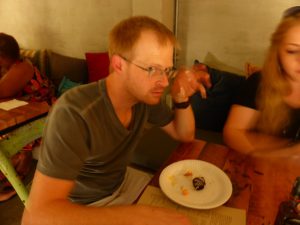 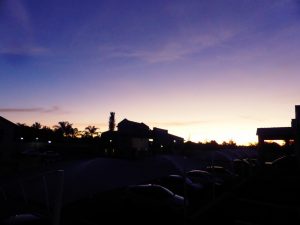 Johannesburg sunset from Toby and Martiza’s.

“There are bats that come to Wilfred’s Place at night/early morning.  They come in around 03:00 and stay until about 05:00, having conversations with each other.  The trees around the eco-farm are like a conference room.  It is like there is a meeting taking place, and the bats make these strange noises in communication for two hours. Then they leave again as a group and once again the surroundings are silent.  It is a very strange thing.  Bats seem to talk to each other as humans do.  Very interesting…”
— Bats in Uganda
[View All]