How to Get Your Phone Stolen in Bogota 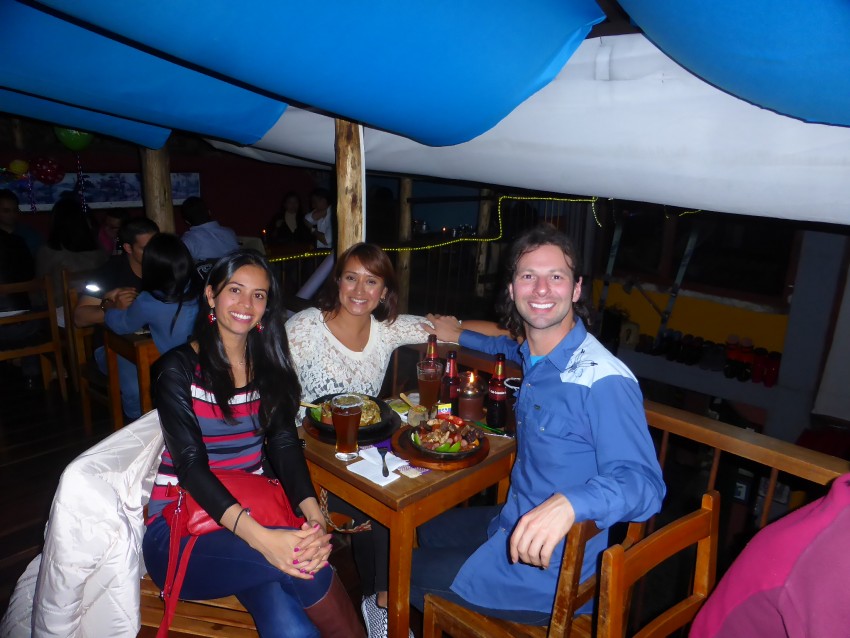 July 19
How to Get Your Phone Stolen in Bogota.
In nine years and 62 countries of travel, I have never had anything stolen.  That changed today.  Bogota is not being very nice…

Today was a terrible hang over day.  I will not drink aguardiente again.  We are through.  It makes me grumpy and irrational.  Then I was sick the entire day.

A German girl in my dorm and I went to Museo del Oro, the Gold Museum in Bogota. It was C$3,000 and it was money well spent as it is the biggest gold museum in the world, but I began to bore about half way through the museum.  Maybe gold bores me because of my mental association with superficial people, or maybe it was just because I was a zombie from lack of sleep and too much aguardiente last night.  In any case, I started having to make games for us to maintain interest.  As we would enter a new room, I would get the German girl to find her favourite thing in the room and tell me why it was her winner and I would do the same.  That got me though the museum.  I found out that man has been working with metal, ‘metallurgy’, for 9000 years now.  Interesting.

‘According to present-day indigenous groups, gold is the fertilizing energy of the Sun Father, while lakes are the womb on Earth Mother.  When the gilded chieftain threw gold and offerings into the water from the raft, he was making a pact with nature for life to be renewed.’ – The Offering Raft (Museo del Oro).

After a necessary nap I made plans to meet Colombian friends Nathali and Diana, who I used to work with in Hard Rock Cafe London.  I headed for the Transmilenio bus to meet the girls.  I sat near the driver as I assumed that would be the safest place to sit on a bus.  I had sent a text to Diana to tell her I was waiting for the bus, and I was in the middle of sending her a new message saying that I was on the bus and heading her way when all of a sud….  My mobile phone was ripped out of my hands as the bus was stopped.  I jumped up as fast as I could and I ran after the guy who had it but as soon as I got to the door of the bus, two guys held me back and would not let me past to catch the thief.  They stood in my way and said, “Tranquillo” (Be cool), when I smashed into them.  Like I was going to be cool.  Their partner had just stolen my phone and they stopped me from running him down.  Everything was very fast.  Everyone on the bus had seen what had just taken place and they were all taking in Spanish about how the gringo had just been robbed when I headed back for my seat on the bus.  Someone told the driver what had happened and he drove to the next stop to where the police were.  A man on the bus asked me if I spoke Spanish.  “A little.”  He talked to the police for me while the bus waited.  The police told me to come with them.  But, what were they going to do, send out a swat team to find the asshole who had stolen my phone?  Try to communicate with me in Spanish about how they would never be able to find the phone again?  I told them, “Na,” and went back to my seat.  People looked at me like I was wasting my opportunity not talking to them.  I knew it was futile.  Plus, I was already late and I did not want to get off the bus for nothing to have to wait for the next one 20 minutes later.  Plus, I want as little to do with corrupt cops in South America as possible.  They would have probably found a way to get my camera out of me had I spent any time with them.

The guy who had been talking to the cops for me sat beside me on the bus.  He wanted to talk to me and was very apologetic for me.  I was too mad to be interested in conversation.  I sat there angry for about 10 minutes as the bus headed towards my friends I was going to meet.  After I while I realized that being angry was not going to do anything for me except ruin the night.  I decided I was happy it was my phone and not my camera.  I made friends with the guy beside me.  Maybe I had that coming a little. I feel like I have not been a super nice person lately.  Maybe something bad needed to happen to me to make me think about how I have been lately.  I am not sure.  In the end, it sucks, but it is really just an inconvenience.  Material things do not really matter.  Had the thieves friends not held me back, I would have chased him until I caught him, and that would have meant a fight.  Maybe I would be writing about a stab wound instead.  It was just a phone…

A doorman tried to steal my camera last night and my Big Beaver sweater is also missing. Today my phone was stolen.  I am not a fan of Bogota.  But, in all of these miles, years and countries, it is my first thing stolen.  I guess I have been very lucky.  Or smart…

So, I could not call the girls to find out where to meet them and I spent 45 minutes walking around looking for them at the station we planned to meet.  But having your phone stolen will really take away your confident cockiness and I was suspicious of everyone who walked anywhere near to me.  I had checked everywhere I could for the girls, and I had given up and bought a ticket to go back to where my hostel when I found Diana waiting for me on my the last check I planned before boarding the bus.  Of course we had been making similar circles at the same time.  I was very happy to see her.  She took me to Nathali’s truck and we went out for dinner.  The girls felt terrible about what had happened to me.  Diana guessed what had actually happened and why I was not returning texts.  Apparently it was a predictable scenario in Bogota.

The girls took me to Café de la Montaña, which had awesome live traditional music as we walked in.  We drank beer and had a feast.  It was so cool to see those girls.  We visited for a couple of hours until it was too late for me to catch the thief-bus back, so Nathali decided to take me to her house.  We stopped at Diana’s first so that she could give me a toothbrush and show me her home.  Then Nathali took me to her place.  Both girls live with their families, and their houses are incredibly nice.  I was not expecting to come across marble floors in houses in Colombia.  The standard of living is way beyond what my imagination had pre-conceived.  Incredible.  Their houses would be beautiful houses in any country in the world.

Nathali took me to her room and put me in her bed.  She decided to sleep in her parent’s bed because they were away.  I told her that she was welcome to share with me, and that I do not take up much room and sometimes I get cold at night, but she knew better.  Smart girl… 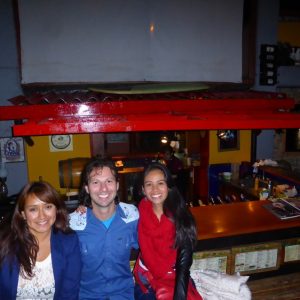 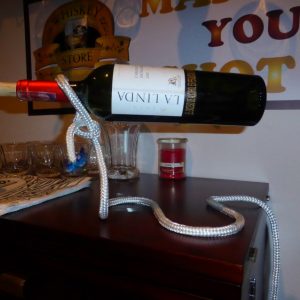 That is just awesome!

“On the bus on the way to Download Festival, we passed by East Midlands International Airport.  Parked on the runway, sitting pretty, was the Iron Maiden jet.  There was a skull painted on the tail and ‘The Book of Souls’ tour name printed across the side of the vessel.  The bus of concert goes riding with us was heavily loaded with Iron Maiden geeks who were freaking out together and squealing with delight in excitement of seeing that Ed Force One.”
— Maiden!
[View All]