Learning Tejo.
July 20
I found some really awesome traditional Colombian-ism today.  It is a game called Tejo.  It was perfect.  It was throwing peices of metal, gunpowder, and beer.  Perfect.

I woke up in Nathali’s bed.  I was still alone so I can only presume she did not get cold in the night.  Smart woman.  She must have had more blankets than I wished she had!

Nathali cooked me breakfast.  Duck eggs taste like chicken eggs.  Nathali, her brother and I went for a drive around Cote, her city outside of Bogota and we came upon people playing a crazy game, Tejo.  It is like Colombia’s answer to bowling.  People had pieces of metal that weighed 1-1.5 kilograms that they threw through the air at a high arc to land in a pit of wet clay where a triangle paper full of gunpowder awaited smashing by an accurate throw that is fairly infrequent.  The clay pits at each end of the building, about 10 meters apart, and when the accurate contact is made it sounds like someone got shot.  I needed to try this sport.  Everyone was drinking beer and having a feast at the same time.  It was all locals and I would have liked to have spent the day with them drinking beer.  But a tournament was taking place so we would have to find another place where I could fulfill my throwing a metal rock at gunpowder fantasy.

We went to a run-down tejo building with cracks in the uneven cement floor that was run by a middle-aged woman who was plugging a jukebox with very traditional music that I would expect to hear cowboys in Colombia or Mexico enjoying.  We picked metal rocks that we felt were the right weight for us, bought beer and spend the next hour arching the rocks at the pits trying to hit the gunpowder.  It took a while but we all got pretty good at it.  I think it took me a half hour of throwing, and I was the last to hit my mark, but then I quickly nailed the gunpowder three times in a short period.  It is awesome to hit, like it was as a child to throw rocks at caps from a cap-gun, but on a way bigger scale of gunpowder.  And any sport that plays crazy traditional music and you are expected to drink beer while playing is an alright sport in my books.

Nathali took me to see one of her restaurant chain stores.  It has been so awesome to be here and meet old friends from work and see their real lives.  They all had lousy jobs in Hard Rock London where they were making some money to pay for their education there while learning English.  Then I get to Colombia to find out that in real life those same people are pilots, computer programmers, lawyers and restaurant owners.  Nathali has started a noodle chain similar to Walk-to-Wok and she has four different stores set up and producing in this city.  It made me very proud of her.  I knew her as a girl who put sauces on plates for hamburgers in London.  In Colombia she is a business woman and a restaurant chain owner with business that is really growing.  So awesome.  I am so happy to have spent time with her here.  She dropped me off at the bus to meet Diego so that I could say goodbye to him as well.  We cruised around in Diego’s car to have a look at Bogota for a couple of hours and he left me at my hostel.  It was amazing to spend time with friends from somewhere else in the world in their own countries and lives.  That is a special thing.

When I got back to the hostel I met a 19 year old girl from Barranquilla, Colombia who is here because she has just left her city for the first time in her entire life.  I find that incredible.  At times like that I remember how lucky I am to have come from a wealthy country… 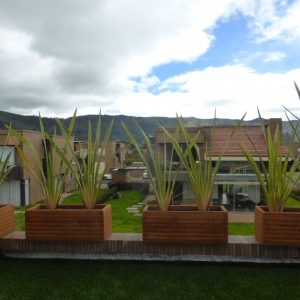 The view from Nathali’s terrace. 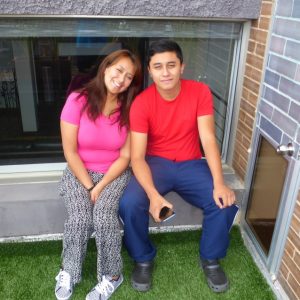 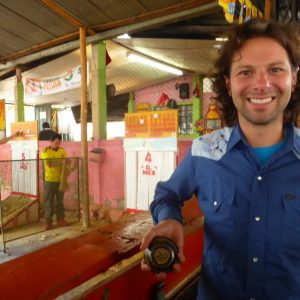 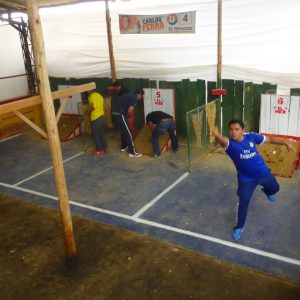 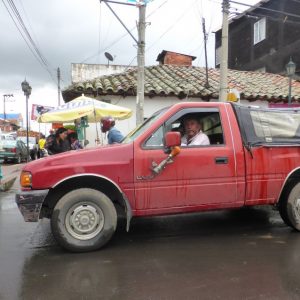 The horn on this truck… I had to honk it. 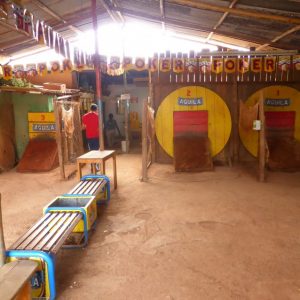 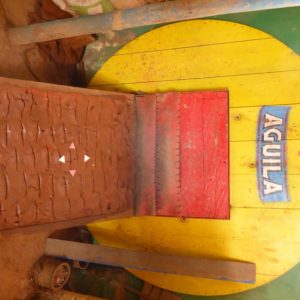 The clay pit. Those triangles have gunpowder in them.

Learning to throw like a girl. She was better at it than me and I had to visually steal her skills. 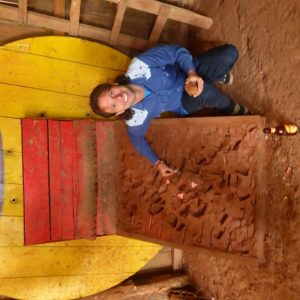 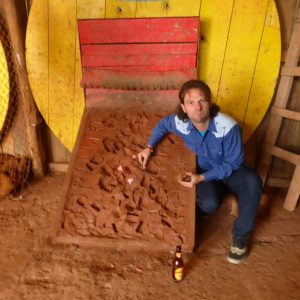 I like throwing metal rocks at gunpowder. It makes me feel badass. 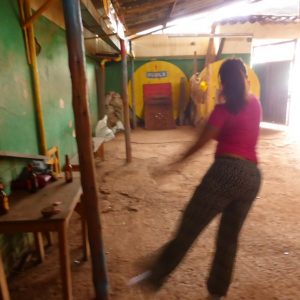 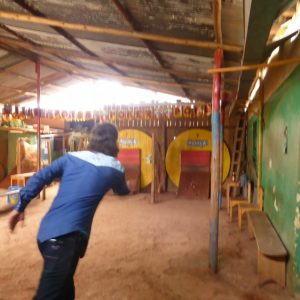 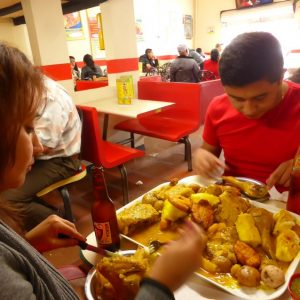 A traditional feast of chicken that would have fed three others. 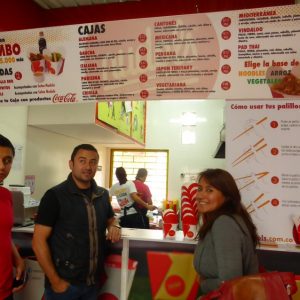 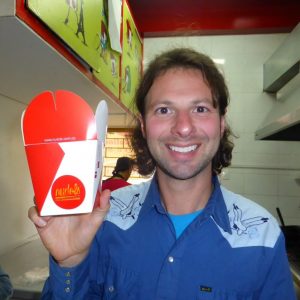 “The South African president, Jacob Zuma, has been in power since he won elections in 2009 and was re-elected in 2013.  Zuma is their polygamous leader who has six wives and 20 declared children.  He has been involved in sex scandals, as well as accusations of rape and corruption that he was acquitted for only one year before he was elected to the presidency.  He has a child with the daughter of one of his friends and once claimed that he had a hot shower after having sex with a woman with HIV, which he assumed was enough to prevent the spread of the disease.  Zuma left school when he was in the 5th grade.  This is the leader of South Africa.  Incredible…”
— The South African Leader
[View All]