I needed freedom for the day as I have not been alone for more than ten minutes in about 6 weeks.  So, I headed downtown by myself to gain my independence again and to get a feel for Buenos Aires without just following someone around to see the city having no idea where I am.

I headed to Florida Street to where the money changers are as I needed to get rid of about $25 U.S. worth of Uruguayan money.  The official rate is 34 Argentinian pesos for 100 Uruguayan pesos.  I aimed for 35.  Florida street is lined with people yelling “Cambio.”  I made a deal with a guy on the street who confirmed he would pay me 35/100 and he took me for about a two block walk away from Florida street to a building we entered, and went up the elevator to the third floor where we found a small room and a woman standing behind a glass window.  She would not give me 35/100, and instead offered me only 30/100.  I told her that I would keep shopping.  The hustler who brought me there tried to say, “It is only 5 pesos per 100 difference,” so I tried to say, “It is only 5 pesos per 100 difference…?”  Better their loss than mine, so I left.

The exact same thing happened a second time when I walked back to Florida street and a man agreed to my rate and then we walked a couple of blocks to a building and then a man behind a window man scoffed at my 35/100 demands for my money.  So, I headed back to the street where I met another hustler who agreed to my price and brought me into a kiosk right on the street where a man traded me Uruguayan for Argentinean right there.  Boom.  Done.  35/100.  It it important to have principles about not being cheated.  It takes time, often more than the money is worth, but it saves feeling like a fool.

Then I headed for Confiteria Ideal to a matinee tango show and lesson close by for some Buenos Aires Tango in Buenos.  It was 40 pesos to watch or 60 pesos to watch and get a lesson.  I was stared into by two different ladies in their 50’s.  Most of the crowd was older, and the dance-floor seemed to be graced with scalps dusted by grey.  When I went to the bar to get a drink, I looked at all of the tables and everyone was drinking water.  I should have known; older people dancing matinee Buenos Aires Tango in Buenos does not equal ‘boozy party.’
– The music was four tango songs together, followed by a modern song where everyone would stop dancing to change partners.  Tango is really old music and the separation songs were Spanish cover versions of Tom Petty and non-tango ditties such as AC/DC’s ‘Hell’s Bells.’  And then back to fiddle and accordion tango music and everyone would have new partners.
– I liked the seriousness on some of the dancers faces for the Buenos Aires Tango in Buenos.  The tango is no laughing matter.  There were 13 couples on the dance-floor and there were no smiles on 26 faces.
– The woman’s forehead goes against the mans cheek.  The woman’s left breast is pressed tightly against a man’s right breast.  Some women are hanging on with tightly closed eyes.  I think I could gauge how people preform sexually from their face and their dance.  You can see their sexual speed, their delicacies, and their aggression in the tango.  It certainly is a very sexual dance: a woman running the top of her foot down a mans calf is probably a very nice feeling.
– Older women look pretty good dancing the tango.  But, when they stop dancing the look pretty old.
– Some of the older men were wearing running shoes.  I guess dancing shoes must start to ache at some point in age.

I took a lesson from a man who had me dance with an older woman for my Buenos Aires Tango in Buenos experience.  I can silly dance for hours, but I am terrible at dancing to a routine.  It was fun though, but hard work for me.

After Buenos Aires Tango in Buenos, I headed out on the town and found cheap pizza.  A slice was the equivalent of $0.85 U.S.  I ordered a slice and a beer, but all I had was the equivalent of a $1 or a $10 for bills.  The lady behind the counter told me that I was not allowed to have a beer and took my $1 for the pizza so that she would not have to give me change for the $10.  Awesome!  Things like that make me smile.  Never in North America or Europe: they would never miss a sale and more income.  Maybe money is not so important in cultures here, and perhaps that makes the people happier…

I found a bar later on and then I headed to Palmera to where Zora lives so that getting home would be easier.  I found a couple of little bars, pretended I could speak Spanish to the bartenders until they started asking me questions, and then I took a cab home.  I showed the cabbie Zora’s address written in my notepad and then I pretended I was deaf and could not speak so that he would not cheat me and create a long journey back to Zora’s.  He seemed to be really happy to drive a special needs home.  I am not sure if I should feel guilty about that or not. 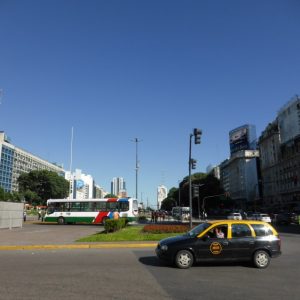 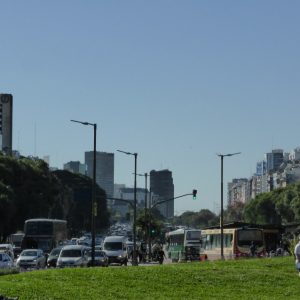 9 Julio Avenida. It is the widest street I have ever seen. It is about a block wide. 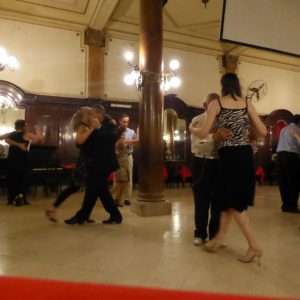 One day I went to a tango and took a lesson. Dancing to routine and I do not get along well. What a dance though. You can sort of gauge a person’s sexual performance on watching them dance. Some women just hold on tight with their eyes closed. Some are mischievous. Some seem to be on control. Some very serious. The tango gives clues… 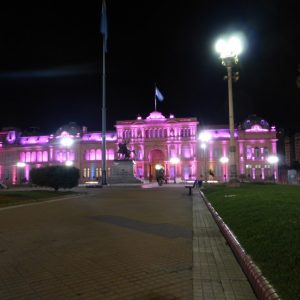 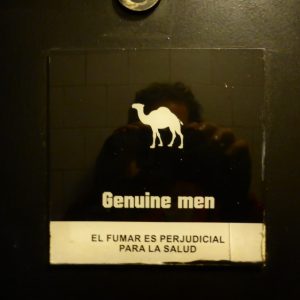 No lady-boys. I like how it is one camel here for men… 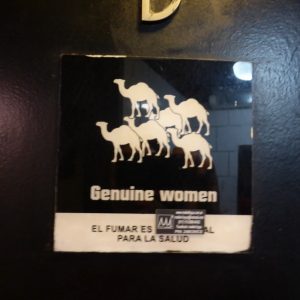 …and a herd for women. 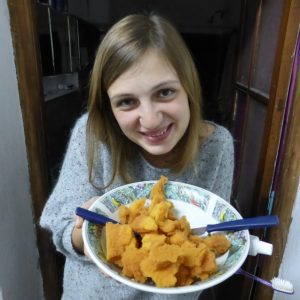 This is why dogs need room to run and play. Otherwise they get bored and will eat your pillow.

“Fatty was worried about parking his truck outside and did not want to lose his rife in case someone broke into his truck. So, at 22:00, he carried a rifle in his hands as we walked down the street to my hotel from where he parked. I asked, “I wonder if people are going to be freaked out by us?” He said, “I bet no one will fuck with us...””
— Fatty
[View All]