It was a casual one, and I was not out of the house until it was dark, which always makes me feel shitty.  We went to the butcher shop at about 8pm and bought a lot lot of meat, some vegetables, some bread and came back to have a ‘parilla’ (barbecue) for about 12 people.  We were planning a Buenos Aires meat meet party.

I was informed that as a man I would be in charge of the barbecue for our Buenos Aires meat meet party, and it seemed like a huge task to cook for 12 people when I hardly ever cook.  Luckily, the guy from next door showed up who loves that kind of thing.  So, I just hung out with him, playing the Beatles and Led Zeppelin while he cooked the feast for our Buenos Aires meat meet party.

It was awesome to be able to hang out with a dude to barbecue for our Buenos Aires meat meet party.  There is an abundance of estrogen in this house, an without a buddy to counterbalance it, it seems to be destroying my soul.  It always seems like the dream to be in a house with eight other women, but that is never the case.  A dude just needs a dude to talk shit with.  So, Max and I shared stories about parties and bitches while drinking beer and barbecuing.  I needed that somehow.

Buenos Aires is full of young French people studying business, art, architecture, everything.  I have not met any young people from Germany, Spain, England, etcera living here; just the French.  Max, who rents out the house, said that when he puts up an advert on Craigslist seven out of ten replies are French people.  That just seems odd somehow that the French are so thick here.  As a result, most of the people at our barbecue were French, and most were young and wanted to go to a club after which our names were on the guest-list for.  So, Irmante and I followed a bunch of 20 year olds to a club, but there was an 80 peso cover charge for men, and I was not interested in paying $8 to get into a club with bad electronic music where a drag queen show was taking place.  It was pretty far out of my comfort zone to go to that already, so I jumped at the excuse for us to bail.

On the way home, Irmante and I heard music coming from a bar and I realized it was a live band, so we entered with no cover charge.  An all girl band called Momma Sutra was on a stage elevated above the bar and extended out so that you walked under the stage to get a drink.  It was an amazing set up for a bar.

When the band finished, Irmante and I visited with them and I talked to the drummer, who I developed a crush on.  She was just so cute the way that she talked.  I inquired about hanging out with her the next night but she told me she is dating someone.  So, I let it lie.  Irmante told me I should be more relentless, and they boyfriends are walls that can be pushed down.  I know that is true, but I hate to put in so much work to find out that the girl is true to her word.  Plus, it is bad karma, and I hate to pressure anyone into anything.  But, I certainly am struggling to get laid these days.  Maybe I have to cut off my hair…  That terrifies me… 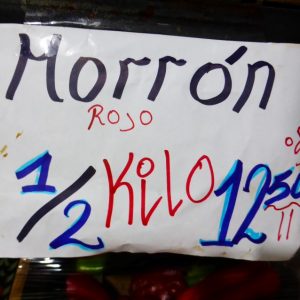 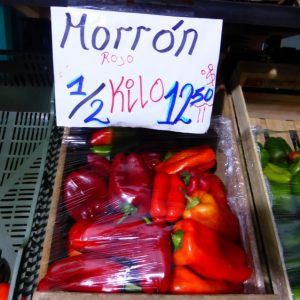 I have come across morons for much less… 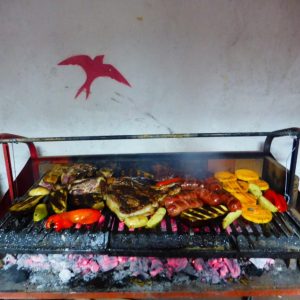 One day we had a huge asado (barbecue) at the house. We cooked so much meat. It was incredible. I like the bird making an exit. 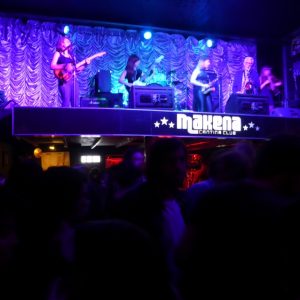 After the asado, when all the young French people at the house went to a drag-queen show, Irmante and I found this bar and this band. I love the inverted stage that extends out way beyond the bar below. Such a cool idea and concept. The band was four girls and an old dude. They were awesome. We hung out with them after. I developed a small crush on the drummer. She is no left-handed bass player, but she was pretty awesome. 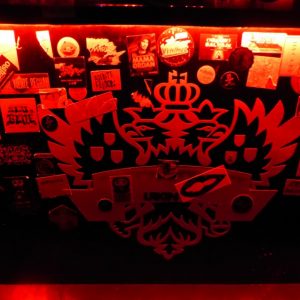 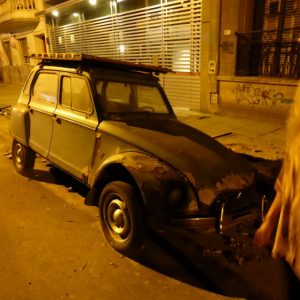