Today was one of those days.  My man period.  I woke up grumpy.  I have been battling mosquitoes all night, not getting enough sleep and then waking up itchy.  It is taking its toll on my mood.  I wanted to just go about the city alone, but Irmante wanted to hang out, so we tried that.  But, being in a edgy mood and never having a break from a partner in crime for nearly two straight months was sure to not go well when waters were testy.  And the day followed that path.

We went to Buenos Aires La Recoleta Cemetery, which is a beautiful cemetery.  It is a cemetery of overground tombs, many of them glass and most of them gorgeous.  Some are shrines.  It made me look at the inevitable two different ways.  A) Should I be taking a little time to consider how over the top of a creation I could muster up in my mind as a leaving marker.  B) Why is it that people never want to be forgotten so they leave a huge overindulgent marker connected to them to show the future generations all of their glory for what reason?  When I was looking at tombs of someone who died in 1879, I could really care less about them except for the level of their indulgence of their marker, which I was left with to consider…

In any case, my favorite part of the Buenos Aires La Recoleta Cemetery was all of the cats lounging around.  It seems to be a heck of a place for cats to hang out and laze in the sun.  They seem to be in separate gangs in the cemetery.  I think I spent more time studying them than I did the cemetery.  My favorite was an old and very scruffy looking cat, who was missing ears and had had miles on him.  He was the perfect depiction of a hard life waiting to end in such a place.  He was so ugly in his catness that he was gorgeous.  I pet him, much to Irmante’s dismay at touching such a relic of tough times and homelessness, but I suggested that he has just been misunderstood.

After leaving the Buenos Aires La Recoleta Cemetery, we went to the BAFICI (Buenos Aires Festival Internacional de Cine Independiente), and we seen a series of short films.  All it did was make me want to go home to create my own art. 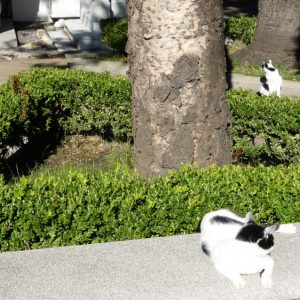 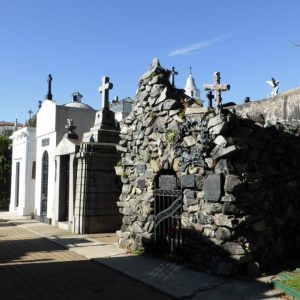 This is my favourite grave in Recolete Cemetery. I like the pile of rocks. 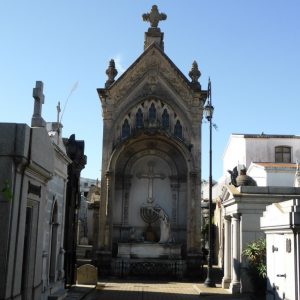 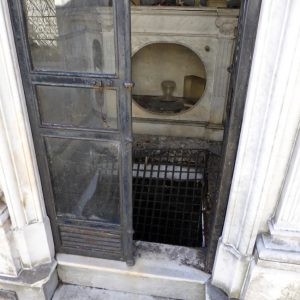 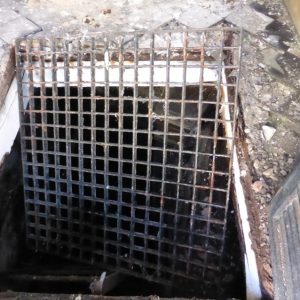 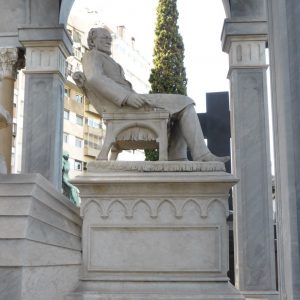 I am not sure if I want a rock pile on top, or if I now want a statue of myself sitting on top of my grave…. 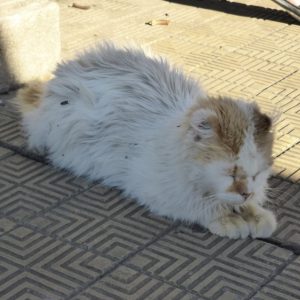 The cemetery is full of cats. This guy was my winner. Those missing ears and matted coat get my vote. It has been a tough go living amongst the dead for this pussy cat. Irmante did not want me petting him because she thought he might have syphilis. I told her that he is just misunderstood. 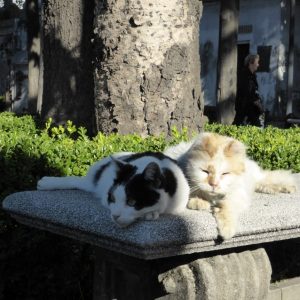 He seems to have a solid friendship base though. Other cats do not seem to judge him on his appearance. 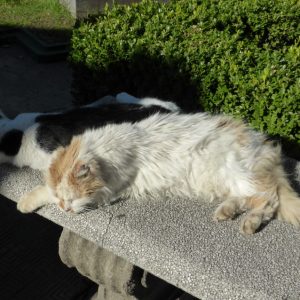 “In the evening, Dusty, Karlee, and I went to her Grandmother’s house to look at an old suit that was there which I would like to have. The suit was from the 1970’s and still had ticket stubs from a raffle that took place on 14 February 1975 in the pockets. (FYI - First place in a 1975 raffle was a 12” black and white television!) Each ticket was $0.25 or you could buy a book of tickets for $1. As well, I found a piece of fruitcake in the a pocket that must have been from a wedding at that time. Dusty wondered if we should eat it. Yeah! Of course... What would 43 year old fruitcake taste like? We split it in half. It was not too bad. The fruitcake was pretty dry, but it still tasted like regular old crappy fruitcake though it seemed to have a dirt or dust flavor as well. Dusty thought that one of the fruits in particular tasted worse than the others, but we got it down. Karlee and Holly, a girl staying at the house, were very impressed, most likely at our stupidity.”
— Timeless Foods
[View All]