Irmante woke me up and I was hung over.  It was a really fun night.  I sure would have liked to have had sex, but it was really nice to make-out with a girl last night.  That is fun!  I would have liked to have spent a couple of days with Annette if her and my travel circumstances were different as I found her very interesting.  An attractive woman who has been to Antarctica and who has spent 10 days in total silence at vipassana retreat peaks my interest.  But, I drove breakfast into me that Irmante put together for us in the hostel kitchen and we packed up to head for the bus station to get ourselves from Santiago to La Serena.

Santiago is really hazy right now because of forest fires.  So, the stunning view that this city has is partially impaired.  Irmante and I do not want to spend time here.  For some reason, Santiago just does not feel like a place I want to be, even though I had so much fun with the locals and my date last night.  I just do not think I like the vibe here.  It maybe it is the cost of things that I do not like.  I do not have a mental connection with the currency yet.  It is an expensive and I spent a lot of money last night.

Because I was still a little drunk when I woke up, I tormented Irmante all day.  I just kept on picking on her and teasing her, and pulling her arm hair out.  It was driving her nuts, much to my evil pleasure.  I skipped a shower today and I have not washed my hair in three days since my fancy hair straightening, so I am a grease ball.  Irmante has been on my case about it, saying, “You’re disgusting!  Please do not touch me!”  So, I touch her as much as I can.  I like her when she is squeamish.

We bought tickets from Santiago to La Serena, a 7 hour bus journey north for about $20 U.S.  We spend about an extra $2 on big fancy first class seats on the lower level of the bus that really lay themselves out and came with a pillow and a blanket.  Luxury lifestyles for us.

If you like desert mountain landscapes, the Chile is the place for you.  It is so beautiful with its cactus and massive rock covered mountains that the road cuts between.  In between Santiago to La Serena, it is a land of constantly changing landscapes.  There are mountains, then desert mountains with huge rocks and massive cacti forests lining them.  Then the ocean comes along with the biggest waves I have seen rolling onto the land.  Perfect cacti hedges outline desert pastures for farmers to keep the cattle in.  Then giant tall sand dunes show up and they appear to be a massive playground for people with 4WD trucks.  I wish we were doing the Santiago to La Serena drive on a motorcycle.  It is so nice here.  That was the original plan but somehow we got sidetracked…

As we were boarding a bus, and I was being an asshole to some gringos close by and teasing Irmante, a girl named Martine asked us where we are from.  She was laughing at me picking on Irmante when she started talking to us.  I told her how happy I was to meet her to have someone new to pick on.  She was going from Santiago to La Serena as well to stay at her grandma’s for Seman Santa.  I invited Irmante and I to her grandma’s as well.  Martine was giggling.  We were in separate parts of the bus, and we we arrived in La Serena, she was behind us to collect her bag from the bus.  She told me that her grandma was on her way to pick her up, and when I asked for directions around La Serena, she took us to meet her grandma who decided o drive us where we needed to go in La Serena.  When she introduced me to her grandma, I introduced myself to her grandmother in Spanish as, “Martine’s new boyfriend.”  They drove Irmante and I to the hostel we were to stay at.  Chileans seem to be very sweet people. 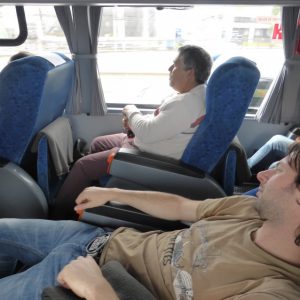 The buses where we have been in South America have seats that nearly become beds. There is even a leg rest like a lazy-boy recliner. The buses in the rest of the world could use a page out of the manual. 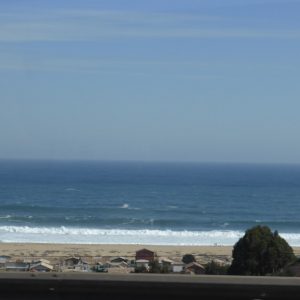 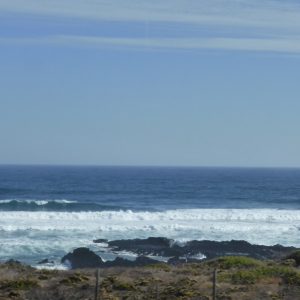 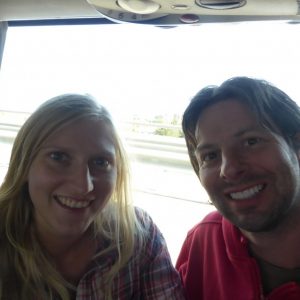 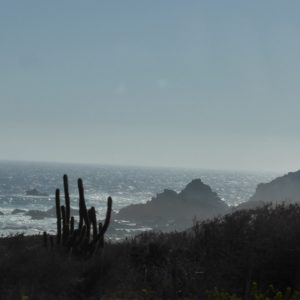 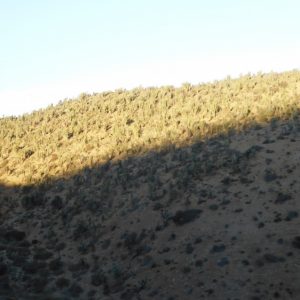 This is a forest of cacti on a mountain. Awesome. 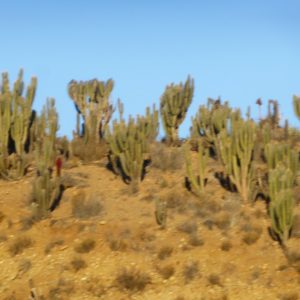 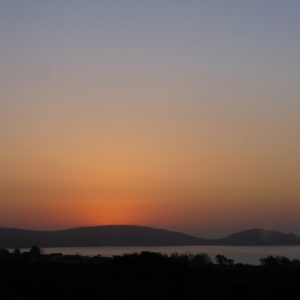 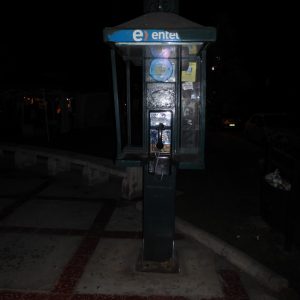 “I went through Rhett's closet and I picked out a cool cowboy shirt from him. Then I saw a 1970’s cowboy shirt that had belonged to my grandpa who passed away in 1989. Rhett saw the shirt of my grandpa in my closet in 2007 and asked if he could have it. I never told him that the shirt was really special to me as I could see how much he liked it. Today, over 10 years later, I saw the shirt in his closet. I asked him, “Is that the shirt I gave...” Before I even finished he said, “Yeah.” I told him that it was my grandpa’s and asked him if I could have it back. He told me to take it with me and apologized as the shirt is thin from so many wears over the past 10 years. He said he thinks that shirt has been in over 100 rodeos, on over 100 broncs. It is pretty awesome that my grandpa’s shirt from the 1970’s, a shirt I have not seen for 10 years, has constantly been a rodeo star shirt on my superstar pal.”
— Grandpa's Shirt
[View All]