I woke up at 8:30am to have my first real shower in four days and to wash my hair.  Clean hair feels about as good as anything when you have been living with it filthy for three days.  The first handful of shampoo is just for grease removal.  It is the second handful of shampoo that actually cleans.

Irmante was slow moving, and it was 11am by the time we got to the Panamericana highway that runs all the way up Chile.  Marta, a Polish girl picked us up and drove us out of the city to a fuel station where truck driver fill their tanks.  I love hitchhiking: the feeling of excitement you feel when a vehicle pulls over to give you a ride is just awesome.  It took about 20 minutes, but a Pudero a semi-truck driver stopped and told us he was going nearly all the way to the top of Chile.  Sweet.  So, Irmante and I jumped in and shared the passenger seat for about 8 hours.  Pudero was 47 years old, could not speak English, and I could not speak Spanish, so Irmante had to do all of the talking for 8 hours.  Not me, it was a free ride.

And what a drive it is.  The highway is either beside the ocean and little villages along side of them, or else you are thick into the desert of complete nothingness except for mountains, boulders the size of houses, rocks, or sand dunes.  The Atacama is the driest desert in the world.  There are no gas stations, no villages, no supermarkets; just barren and likely un-agreeable land.  At times, the vast nothingness reminded me of Cober Pedy in the Australian outback.  Then all of a sudden there will be small village on the top of a desert mountain, for whatever reason someone chose there to live with nothing else around for 70kms.  And then it got drier when we got to the Pampa, where absolutely nothing grows.  It could be the moon.  There are not even weeds or cactus or anything at all; just dirt and rocks.  It is amazing.

When the highway headed along to the side of the beach again, there were dugout hills where people lived inside.  There are also people alongside the road because they live in the desert among the rocks.  I thought they were also hitchhikers at first, but they are just on the side of the road to watch the traffic go by.  People in Chile seem to be addicted to television, to watching traffic must be the alternative when you live in the desert.  In the desert, there are many windmills in places, build by the U.S. to create energy that they sell to the Chileans.

I brought out my tobacco pipe and showed Pudero how to smoke it.  It made him cough a lot and Irmante had to get him something to drink.  I enjoyed how amusing that was.  Truckers have a wave that they do to each other, where they kind of shake their finger across the entire windshield at one another to warn if there are police around.

We did not want to arrive at a gas station 17 kms outside of Antofagasta at midnight which was basically the next major destination on Pudero’s route, so Irmante and I decided to get out of the truck at Chañaral, a super quaint little town full of absolutely stunning women.  The town is ridiculous, and I fell in love about three times.  I do not understand what has happened here, but the most attractive Latin American women that I have seen so far are in Chañaral, Chile, a town of about 5000 people.  Amazing.  Chilean’s are usually short and a little plump, but there is something going on here.  Maybe everyone was on a diet before they came home for Semana Santa…

Irmante and I found a little hostel and bought bust tickets in separate directions for the morning.  The times they are a changing…  We drank a bottle of Carmenere wine in the hostel, and made friends with a football team, who bought us another bottle, which the two of us also drank.  Then, we started on a third bottle at about 2am, and Irmante had a bus at 6am.  The football team were fascinated and tried smoking my tobacco pipe, while I played classic rock to make a small party.  We had a blast, and Coach and his players were so nice and just wanted to hang out with us.  Chileans are very sweet people.  Irmante wanted to sleep a couple of hours, so we made our goodbyes to the team and went to bed.

Pudero the trucker told us that many Chilean women love to bleach their hair blond.  He said they are called ‘Taxis’: Yellow on top and black on the bottom! 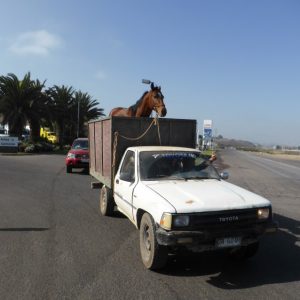 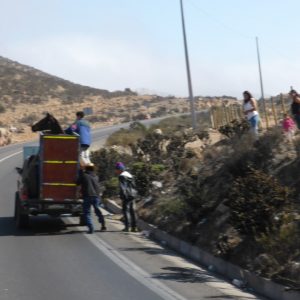 …But I like this better. The truck is broke down with the hood up and they are unloading the horse. 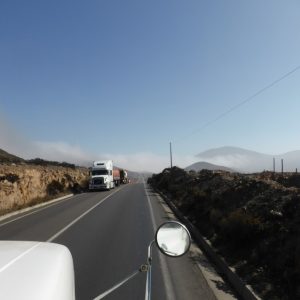 So, we hitchhiked from La Serena to Charañal, Chile with a truck driver named Pudero. It was an 8 hour drive and it was really cool. 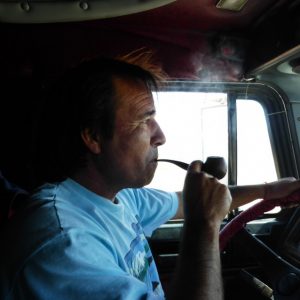 This is our truck driver, Pudero. I taught him how to smoke tobacco in a pipe. He coughed a lot. We had to get him a drink after. 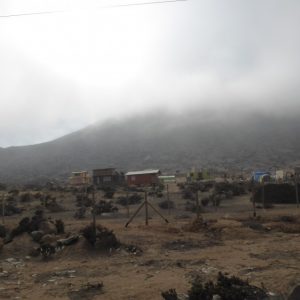 Little villages along the way, hiding in the clouds. 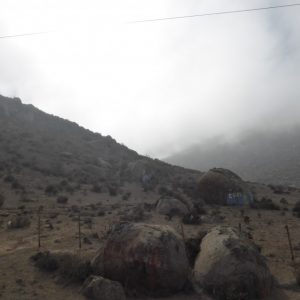 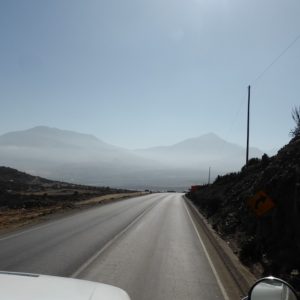 Driving through the clouds. 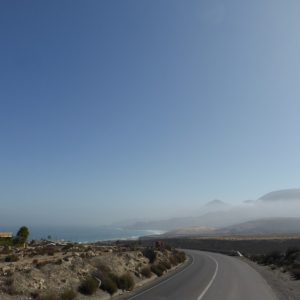 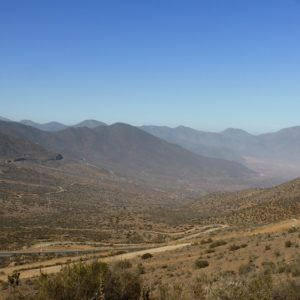 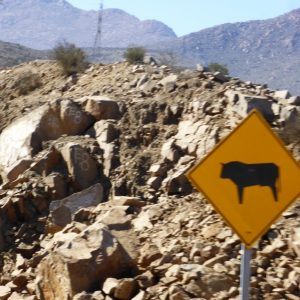 Colorful little villages in the desert. 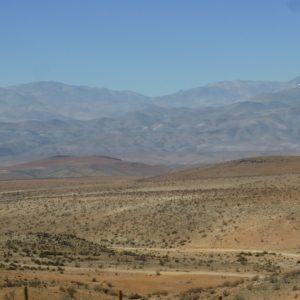 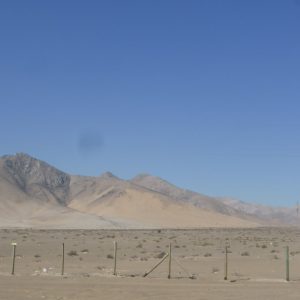 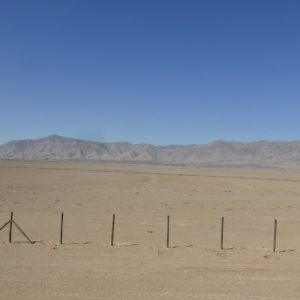 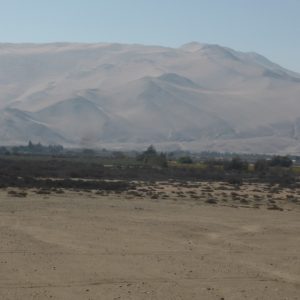 A village! And trees. The looks so beautiful when you have not seen them in hours of driving. 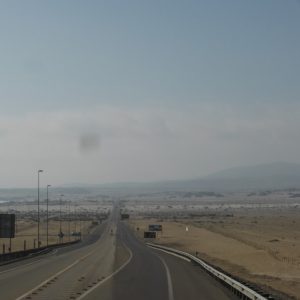 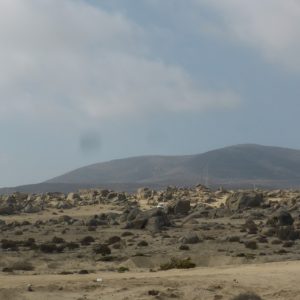 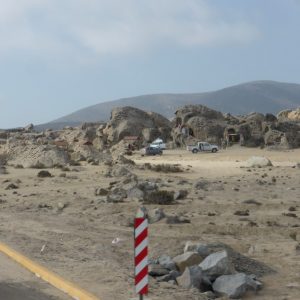 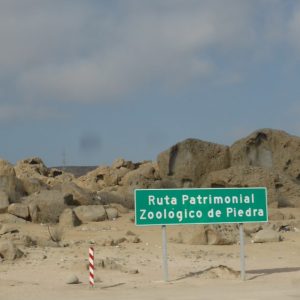 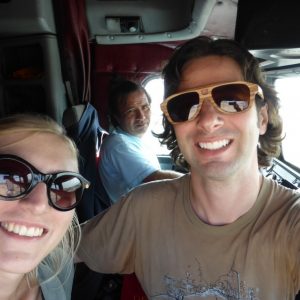 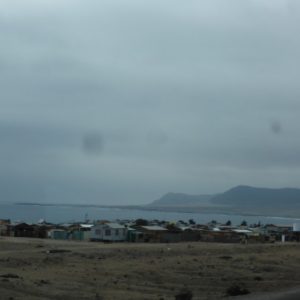 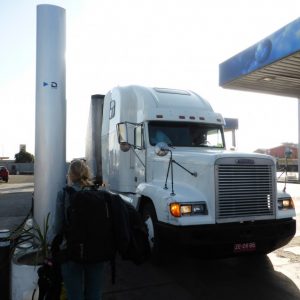 That was our ride. It is one of the most beautiful drives I have been on. I can not speak Spanish, and Irmante is pretty much fluent, so she spent 8 hours having to talk while I sat there and enjoyed the views looking out the window: The rare fringe benefits of being a unilingual moron.

Asleep in the sun. 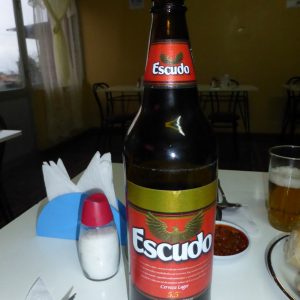 Screw top glass beer bottles…. It made me uncomfortable… 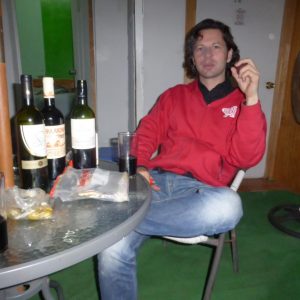 Wine and pipes. Considering what sophistication must be like… 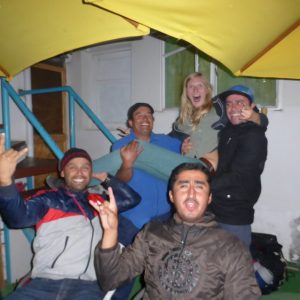 Our football playing friends who bought us wine and enjoyed rock and roll with us. A really fun night. 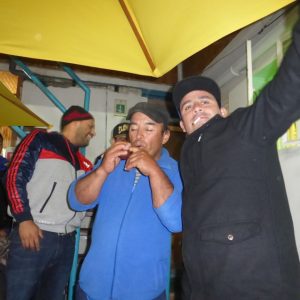 Teaching Chileans how to smoke a tobacco pipe. That is very good entertainment.

“For you non-super geeks that are partly AC/DC geeky, I found out at the Axl/DC concert that the scream at the end of the song ‘TNT’ that you are used to on the record is actually Angus Young’s scream. The more you know...”
— AC/DC
[View All]