Santa Marta to Cartagena: Back to a Dirty, Expensive, Lousy City 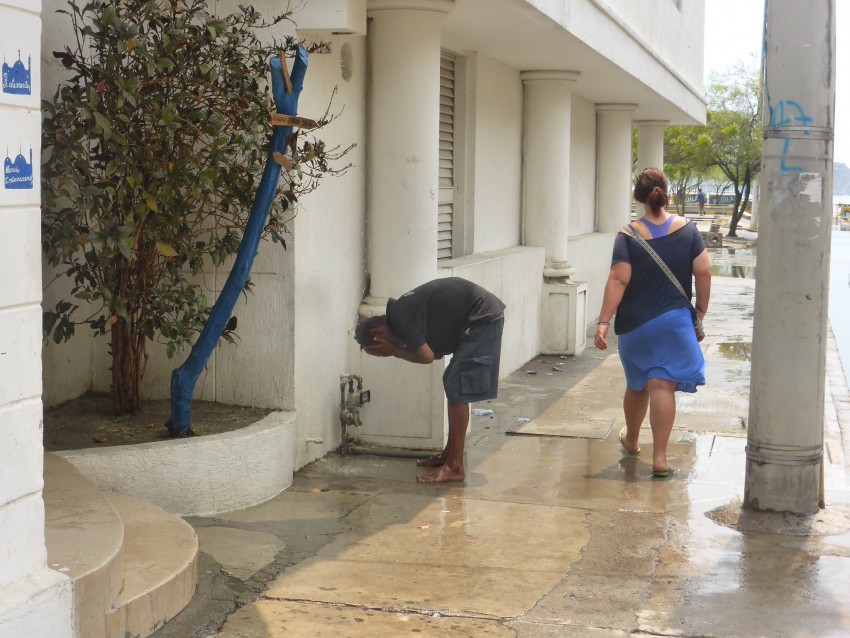 I like this homeless man washing his hair under an eves-trough.

Santa Marta to Cartagena: Back to a Dirty, Expensive, Lousy City.
August 10.

The times they are a changing.  Marc and I said goodbye to Knut today as we headed from Santa Marta to Cartagena.  I liked hanging out with him.

It took five and a half hours by local but to get from Santa Marta to Cartagena and then we had a tough time trying to find a hostel as the town seemed to be booked up.  We lucked out on a cheap room and went out for the evening.  As per Cartagena norm, there were plently of touts who had ‘everything’ that we could ever want to buy.  Scumbags…

I am beginning to tire of alcohol.  I need a break from it as it takes up nearly every one of our nights and my body is sick of being poisoned.  We tried to find fun in the city but it was very quiet on a Sunday.  I fell in love with a Colombian named Cindy who did not seem to fall in love with me.  Marc and I walked around town and drank beer into the night.  In the touristy areas of the city, there are park benches lined with whores at about 9pm, who are waiting for the evening to get going so that they can be in the bars with the gringos and try to sell their package deals.  We were home by 1am.  It was an early one for us.