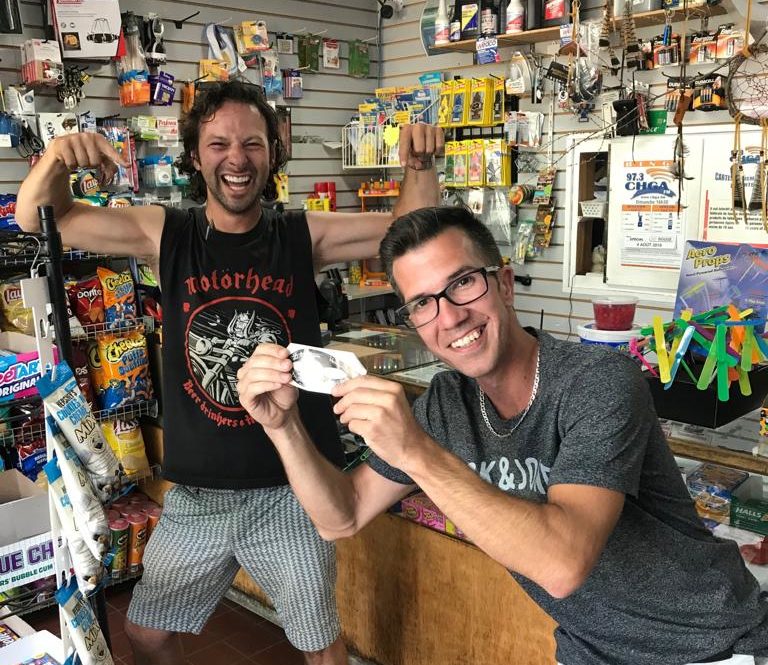 August 1, 2019 (cont’d)
Omtario highway #101/Quebec highway #388.
Not Larry drove for a couple of hours while I tried to get some extra winks in. But, the back end of Beatrice is a fair distance behind the rear axle and the bed is at the very back. So, Beatrice acts as a partial catapult to give you some hang-time if you stay in bed while your girlfriend is driving…something I have found to be rather difficult to sleep through. I felt like the girls were ganging up on me.

I took the wheel just before the Quebec border. When we got to Quebec on highway on the Ontario 101/Quebec 388 highway, there was no proper sign to welcome us. But, it did not take long to figure out that we were for sure in Quebec when we stopped at a gas station as there were cheese-curds for sale on the counter next to the till, with $2 big-beer for sale as singles. This is not Ontario. Heck yeah, Quebec! Heck yeah!

Quebec, we can probably be pals with your offerings… 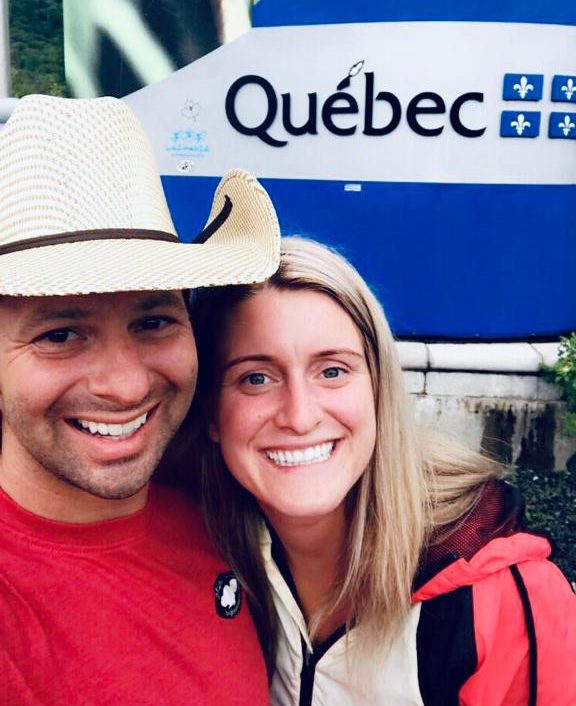 FYI
Cheese curds squeak when you chew them. Not Larry told me that the squeak is how you can tell that they are fresh. I plan to be a cheese curd connoisseur by the end of the week. In fact, to get started on this task, I took a bag of curds away from Not Larry as she thought she was eating too many. Since I did not think I was eating too many I ate hers too.

Northern Quebec is really nice, as hills, rivers and lakes are aplenty. And, we have run into a lot of very pleasant, giggling locals. When attempt to ask a question and battle through by faking it with the seven words you know (inclusive of croissant and baguette) it really entertains the patient Quebecois who love to lighten it up with a laugh.

Not Larry drove for two hours this morning and made it sound like she had been driving for years. I took over and drove for the next three hours. Then she drove for another 25km and got sick so I took over again. I wonder if there is some technique going on here… 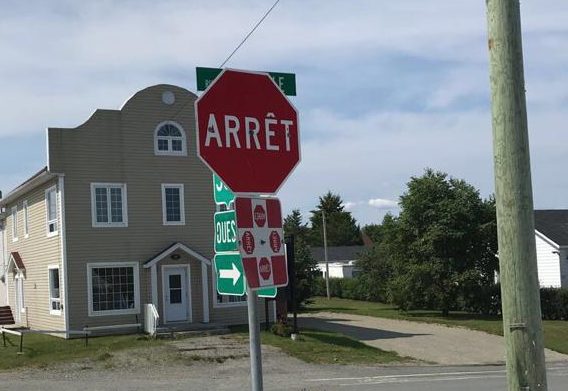 Gas is cheaper than in Ontario! That in itself is a win…especially when Beatrice absolutely hates to pass any gas stations.
But the roads in northern Quebec, specifically the 117 South, is so rough that if there are any other loose nuts on Beatrice, they are long gone by now. If vibration really causes people to lose weight, Not Larry and I should have shed half-a-dozen pounds traveling through northern Quebec. Any of those toxins from years of partying that had gathered in specific parts of my body are now mixed in with the rest of me again. The road was (French accent):

The road got long and we passed through Montreal like it was nothing as I just picked a middle lane and Beatrice stayed on course like the boss of the road. My intention was to get to Quebec City, but it was getting late as the girls and I were running out of steam, so we pulled into Trois-Rivières, found a Walmart, found a beer, and went to bed for the night at 01:30. We are all shook up…

Aug 2
It was hard to get up as Not Larry and I were so freaking tired this morning from the monster drive yesterday. We got up late, at 09:30, had some hot motorhome romance in Beatrice’s Sweat Factory, had hot water showers with the water-heater fired up, and got our day moving. The only unpleasant incidet of the morning was that the airconditioner on the roof may have seized up as we were gettung ready. Bad news for some, but in all honesty it seemed like Beatrice was a little too exotic as a 1979 motorhome with a fully functioning air conditioner anyhow….

For the video on Traveling Through Northern Quebec:

“I should have winded him...and kneed him!”
— My friend Tom on someone who disappointed him (Northern England accent)
[View All]