San Pedro de Atacama – The only place in the world where it is actually illegal to dance.  Really.  They want to preserve their culture.  Dancing was not a part of it.  Really!

I had a kick ass day of getting things done.  I think I got kicked out of my hostel this morning because I have not bought any trips though them.  They were ‘full’ for tonight when I went to pay for another night.  It was what I needed because I wanted a cooler place and better internet, but it is just so much easier to be lazy and just put up with what you have because you do not want to have to pack and carry your bag somewhere else, even though you are not happy in the situation.  And then you have to and your situation is better.  Humans are so lazy by nature.

After I moved I caught up on little things, then I booked the San Pedro de Atacama Snowboarding a Sand Dune trip for the afternoon, then I sorted out my plans to book a trip out of here for tomorrow, and then I wrote 8 postcards and went to the post office to mail them.  I felt productive although pressure to get everything done and get postcards sent out from here when the post office was going to be closed at almost all the time I had free today.  Postcards are a funny thing.  I like to send them, but they are a hassle.   This is what I would like to actually write on them.  “Dear friend.  I want you to know that I had a lot of shit to do today, and I was super crunched for time, but I managed to find this postcard for you.  Then I found the time to write on it, and after that I stood in line at the post office for 15 minutes to get a stamp so that I could send it to you.  I did not really have time to do this, but I got this shit done for you because you are a good buddy.  This fucking postcard had better be on your fridge the next time I am at your house, whenever that might be.  Love, Stephen.”

After that I joined a group of about 30 people, and we took two vans to a huge sand dune and we snowboarded down it.  It was pretty fun, but I am not sure if it was fun enough to merit the climb in snowboard boots up a sand dune.  I went about 4 times, and I had enough after that.  San Pedro de Atacama Snowboarding a Sand Dune, check!  But, I saw a girl who was my favorite of the entire crew.  She was a London girl with dyed red hair, and she was gorgeous.  I approached her as soon as we were done and she was really cool.  We hung out and visited and I misinterpreted her friends name, calling her Breastna.  That was fun.  I met the two girls for a drink in the evening with their friend from Brazil.  I have a crush on that red-head.  I wish she was heading my direction instead of heading south.  I will meet her in London.  I kissed her on the lips twice as our crew parted.  I wish I had more time.  Nothing really happened, but I love it when I set my sights on someone in a huge group and it sort of works out.  Goodbye Cutie Kat! 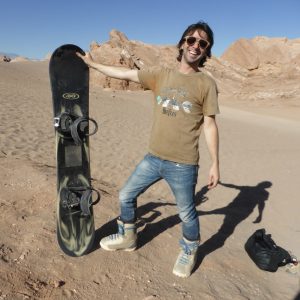 So, I decided to go sandboarding down the dunes for the afternoon. 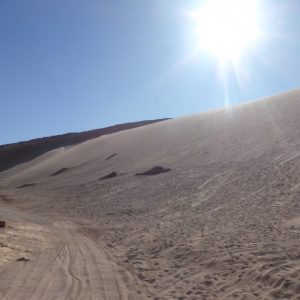 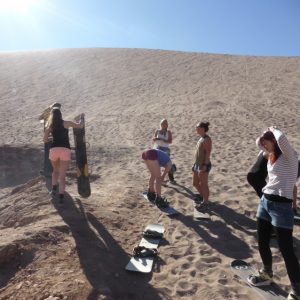 Some of my sandboarding group. There were many fine flavors. 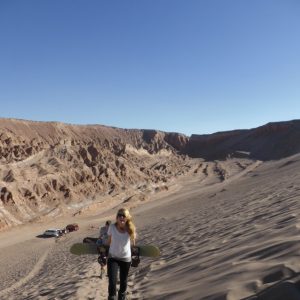 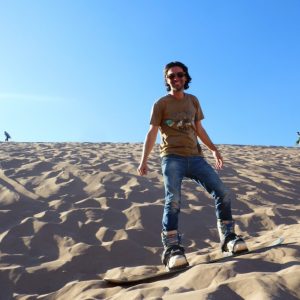 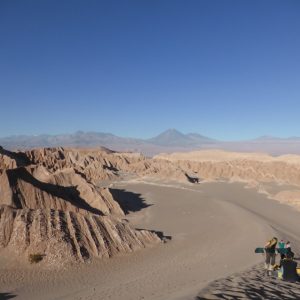 The Sandboard Dune and the background. 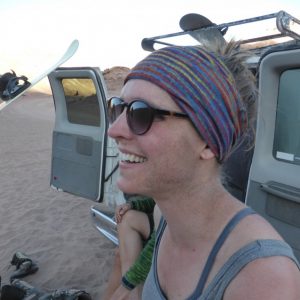 This girl was covered in it. I asked her if the sand was in her pants. She said mostly in her socks. I told her that would probably make her less grumpy. 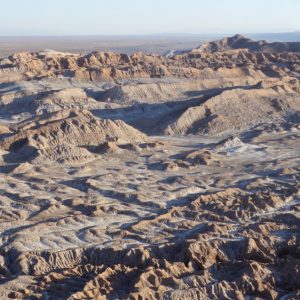 Valley of the Moon (English Translation) 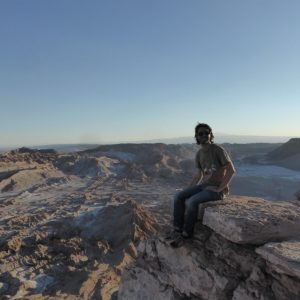 Trying to be a cool. 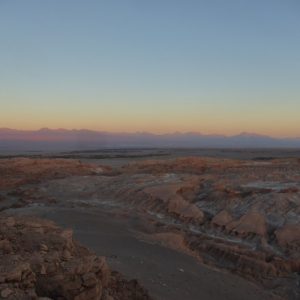 It was gorgeous here. 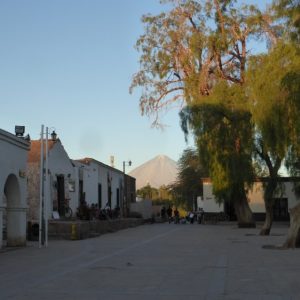 San Pedro de Atacama square, and a volcano in the background.

“My cousin came to London to visit and he really enjoyed.  Shame we couldn't party hard because I've been busy working and he has diabetes and needs a kidney.”
— Carlos
[View All]