I met a young guy without a face today on Isla Santa Cruz.  He was German, about 22 years old, and the entire right side of his face was bandaged.  I asked him if he had a good story for me.  He told me that he was riding a mountain bike close to Volcan Sierra Negra on Isla Isabela and when he fell on his face and the gravel was crushed lava rock.  He was a site.  That lava rock just removed his skin and he was dealing with infections in his very red eye.  He was going to the medic every day to have his bandages changed and his eye flushed.  He looked like hell.

Girl-I-have-slept-with-who-I-am-turning-into-a-friend was surprisingly spry today and she had a lot of energy.  She was extremely nice with no real signs of wear and tear, she went shopping, cooked breakfast for us, and was a general pleasure to be around all day on Isla Santa Cruz.  Her hangover did not seem to find her which was amazing.  It was no wonder she was sick last night as she was completely full of vomit.  I guess it was lucky she got that out when she could barely remember the purging.  She told me that I am, “A really good man” for taking care of her last night.  I told her there is no grey area and that either I am a dick or I am a really good human being.

I told Girl-I-have-slept-with-who-I-am-turning-into-a-friend that she is my first in such a social experiment.  She told me that she did not know how to feel about that, but then was happy to be ‘my first.’  Since I have no plans of sleeping with her again, I told her stories of my insane life and what I was sure was too much about girls who have entered it.  Maybe I have been wrong all of these years and girls actually want to hear about past lovers and recent affairs.  I am going to experiment with this and trial and error it as well.  I have a world stage of new and constantly replaceable people to refine this on and will make a decision on collective reactions thereafter.

We spent the afternoon at beach Playa de los Alemanes on Isla Santa Cruz.  I went out for a beer and ran into my Brazilian friend that I met in the bar last night who I warned about getting herself into a sandwich her new Ecuadorian friends who were drooling over her.  Tonight I asked her who old she is.  She told me 16!  16!  Yuck!  I had made that naughty remark referencing her sex life last night.  That made me feel that disgusting feeling where your brain goes, ‘Ehhhhhsh.’

I called home to talk to my niece about her graduation, talked to my brother, briefly to Pat who told me she made a birthday on my birthday that she and dad then ate.  Very sweet.  Finally I talked to my father and I asked him how he is doing.  Dad, 77, told me, “Well, I went to the doctor for some tests.  Then I had to get some more tests.  The doctor told me, ‘There is nothing wrong with ya, you are just getting old.’”  That a very funny and quotable man…

$14 Hostel Brattle
$0.60 for a boat ride to Playa de los Alemanes
$10 for a massive two plate meal of snapper fish on the street tables. 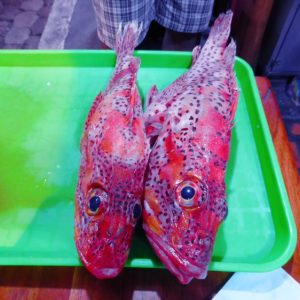 Dinner. I ate the one on the left. These look like they should be in a zoo. Before…

Dinnner at night on the street that turns into restaurants. 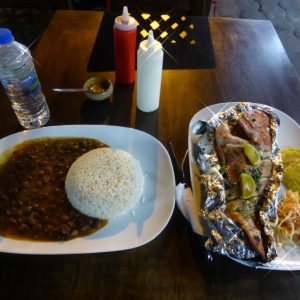 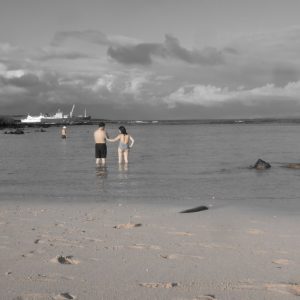 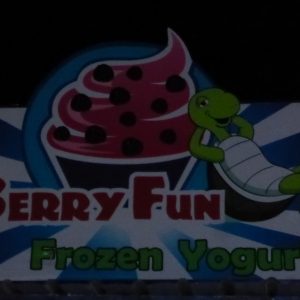 “Maria from Russia told me a story about when she went with her seven-year-old daughter to Syria in 1999 for some kind of religious retreat.  They were on a huge rock with a church to one side and to the other side were other buildings connected with the church.  People left her and her daughter alone at the retreat, but as soon as they seemed to need something, people there would readily help.  Maria said that her daughter stood up and a man came to her to ask what she wanted.  Her daughter said, “Cat.”  She said that “Cat” was one of the only English words that her daughter knew…  A few minutes later the man arrived with a cat that he handed to the daughter.  When the cat would get away, as all cats like to, the daughter would stand up again and say, “Cat.”  The man then ran off and came back a couple of minutes later with another cat that he handed to the daughter.  Maria said there were two cats that were alternated through the day.  She said, “I think all man did for day was catch cat for daughter.””
— Maria from Russia
[View All]