Regina: ♫All My Rowdy Friends Have Settled Down…♫ 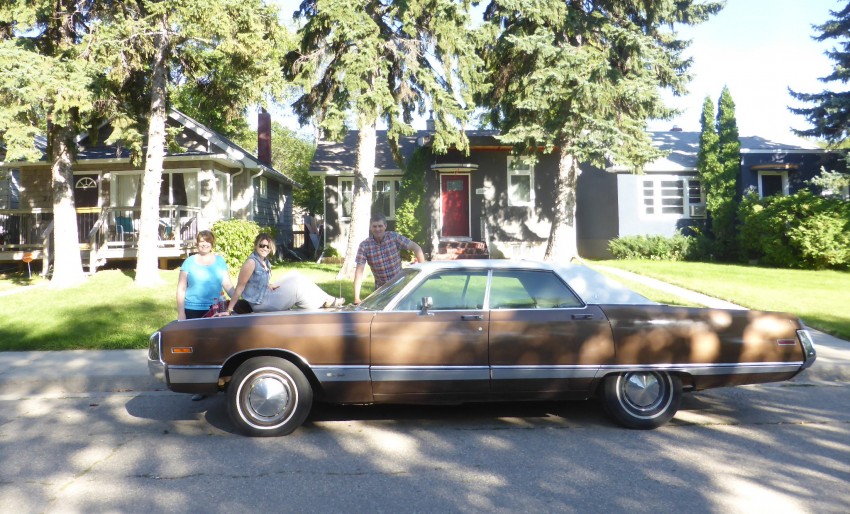 Regina: ♫All My Rowdy Friends Have Settled Down…♫
September 6.

Fiona’s parents came to town today.  So, a girl from Scotland who I met in New Orleans who came to Big Beaver, who fell in love with my friend and moved to Regina, had her parents come to visit her.  Bean and I had met them in Glasgow in January, so it was interesting to see them in Regina.  From what I have seen, Fiona and her parents seem to be the only non-Asian foreigners in Regina.  Oh that Glasgow accent is fun.  I am sure my parents are going to struggle to understand anything that they say when they meet.  I struggle quite a lot.

We took Dan’s truck and showed Fiona’s father Jackie and mother Margaret the sights of Regina.  We drove them past Wal-Mart, the city dump, Bean’s work in the industrial area of the city, the rough native areas of Regina’s slums which I now realize through exposure are not as dangerous as I once thought they were as I have since stayed in houses in much worse condition, to the Costco dumpster where we looked for new discarded bbq’s, past the Jolly Roger which we once thought was a dangerous bar, and out to White City to look at massive farming implements.  They got the grand tour.   Then we took them to the most Canadian style of restaurant we could think of, unfortunately named after an American state, Montana’s.  It is hard to find any place to eat that has any connection to Canadian culinary.  Maybe that is because there is not Canadian culinary?  Creamed corn on top of mashed potatoes?  What else is there?

Bean and I  introduced them to Caesar and Paralyzer drinks.  Caesar is a winner because of the kick and all of the different flavours going on.  The Paralyser with its milk and vodka combination did not win any new friends.

No one wanted to go out and party after.  We found Dan, and Jaclyn who took me out for a couple of Caesar’s and then we all went home.  The unthinkable has happened, and my rowdiest of all in the world, my most reliable party people, are all growing up.  All my rowdy friends have settled down.  🙁

I hear ya Hank…