Why is it that religious people need to try and shove their bullshit and their heaven in other people’s faces?  I have made a decision on what I think.  You have made a decision on what you think.  Let us just leave it at that.  But, no, they can not have it that way.  Their system, their values, and the book where they read about an invisible policeman and heaven is outdated.  We have governments to control people today.  Fear is no longer needed to keep the population in line.  Religion sees my life wasted by my interest in women, free thinking, partying, and living without restraint.  In opposition, to me religion is wearing binding chains that do not allow people to live a full life and they are wasting their time by not enjoying all of the beautiful things that can be embraced.  I believe in that.  But I leave it at that.  I do not show up at people’s houses with pamphlets on how much you can enjoy your life if you drink moonshine with local people who do not speak English at an afternoon party in Laos taking place because someone just built a new bamboo hut for their family.  I do not stand on a step in a park to shout recitings of some of the greatest things I have done in my life.  But somehow it is acceptable to for these people to do such things with what they believe in.  I will begin to un-preach at everyone who wants to preach to me from this point on.  Volunteer information for me on your pack of tales about how a man built an ark and took to time to collect two sexes of every animal species on earth and your heaven and I will tell you about what it is like to show up in Colombia and have a sexual fling with a beautiful woman who invites you over for dinner and dances in her kitchen while she cooks.  Stop trying to convince me of your bullshit and stop judging me because I am a rational thinker have considered the ridiculousness of your views.  Science has some information for you about the dinosaurs.  I also hope you do not believe in women’s rights because your book shows that you should not.  I do not go looking for you to make judgements on your restrained and opposite life of mine.  I thought you are the ones who are not supposed to judge thy neighbour.  Enough of your insecurities.  Nothing has done more damage to humanity and nothing had held back advancements of man more than Christianity.

Today I met up with Lucia and we went out for lunch.  In the restaurant we entered, her brother happened to be in there.  He is full blast Christian.  He was looking for my approval when he was asking me if in English it is called ‘the sky’ or ‘heaven.’  I told him it is called ‘the sky.’  He asked me what ‘the good sky’ is called.  I pretended I did not understand his English about heaven, but only because I am sleeping with his awesome, beautiful sister.

I am having a blast right now.  How could I not be?  A beautiful woman wants to spend all of her free time with me to show me her culture, has a huge crush on me, and is a pleasure to get to know as my knowledge of her language grows.  We went out at night with some of her friends to a salsa club.  Getting laid with regularity means that I do not even have to pretend that I like dancing.  And later in the night when Lucia could see that my salsa club fun was meandering, she suggested we go to Metalheads, which is the name of the venue she calls ‘Heavy-Bar.’  Then this beautiful woman and I rocked out with a bunch of metal dudes until the bar closed to Megadeth, Metallica, Iron Maiden, Judas Priest, Led Zeppelin, etc…  The long haired rock and roll man who owns the bar and I sang ‘Babe, I’m Gonna Leave You’ after which he told me in English, “I lobe you Led Zeppelin.  I lobe you John Paul Jones, John Bonham, Jimmy Page and Robert Plant.”  When they turned on the lights in the bar I went to use the toilet and there were some dudes gathered in the back of the bar who said, “Hey, want cocaine?”  I showed them my index finger straight out, made it limp in front of them and said, “No thanks!  And then I am awake all night…  For what?”  Those guys were slapping their legs laughing at me.  Lucia and I headed to my hostel, drank another beer, slept together and curled up together in the bed after.  Life is fantastic! 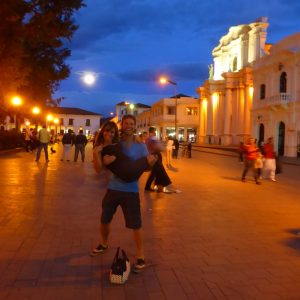 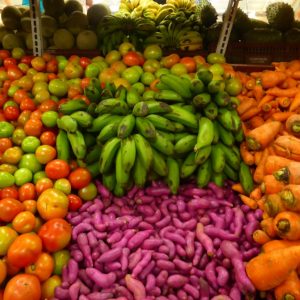 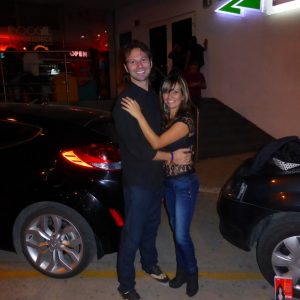 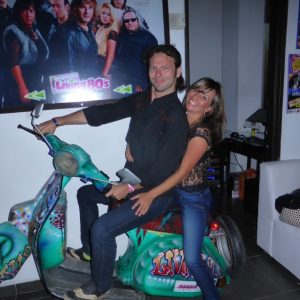 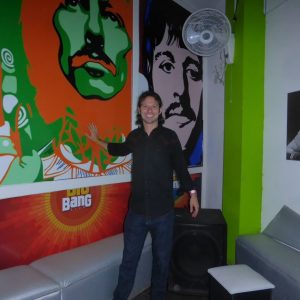 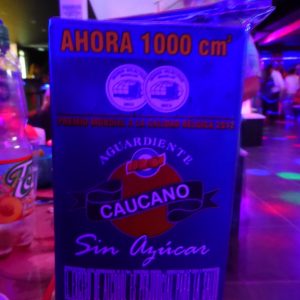 Colombia’s favorite alcohol. It does not seem to do me any good.

“Pat had three batches of cookies baked and sitting on the counter, awaiting my arrival. I settled in and her and dad arrived an hour later. It is a shame I was not recording the moment when they entered the house. I was in the living room. As I entered the kitchen they both saw me and my insanity mustache, simultaneously. They both exploded at the same moment. Dad said, “What the heck!?” and he was laughing so much and so hard at me at the same time. Pat was just repeating, “OH...MY...GOD...Oh...MY...GOD...” over and over. Dad laughed for about two minutes straight. It was hysterical, and it was worth saving the mustache until I got home just for that moment!”
— Impress Your Folks With The Worst Mustache Ever
[View All]