It is crazy how far behind four days without internet can put me.  So I spent a lot of today laying in a hammock looking at the beach and catching up on life.

Women are interesting creatures.  One day I think that quiet and shy ones like me because they like to have a leader, and then I meet a really outgoing woman and it turns out that she likes me because she is always the leader and I am stronger than her so that makes me intriguing.  That is what happened with Chiara last night.  She is very strong in independent, so that is what made me very attractive to her.

I am changing in time.  I have heard stories from friends for years about how they quietly got up and dressed to sneak out of a woman’s house in the middle of the night without her knowing.  I have never been that guy in my life.  I have always enjoyed my time so much in the comfort of a woman that I never wanted to leave.  But that is beginning to change in me and I too am beginning to sneak away.

I have been thinking about Relationships and Flings.  I love to flirt and tease women so much, that I am beginning to find it crowding to be in a presence of a woman I have been with that I am not in a relationship with.  I would never want to hurt anyone, so I would never do anything rude in the face of a woman who likes me.  So, I am beginning to find it hard to be in the presence of a woman I have been with while a group of us are later in places like restaurants and I am unable to feel comfortable freely smiling at our waitress or asking her questions that are leading.  I have been made to feel terrible by girls many times in my life and I know just how awful that is to experience so I try to be as diplomatic as possible, but then it cuts off my ability to act out the way my mind tells me it wants to.  Relationships and Flings can be tricky in that regard.

Perhaps that is what my friends have felt already for years that I am just experiencing now.  That is why they have always had stories about sneaking out the door of a woman’s house in the middle of the night and I never did.  Perhaps that is why women have hurt me in situations in my life when they did something that was obviously quite rude in my face, because they just wanted their freedom and realized that in order to flirt with someone else in a restaurant they were going to have to hurt me?  If that is the case I am not sure if that has made me in my situation slow to mature, or quicker to mature years ago.

In any case, it is always hard to be yourself when you have to think about someone else’s feelings.  It takes a degree of selfishness during and in the aftermath of Relationships and Flings.  And as far back as I can remember, I have always felt better that I have had to sacrifice my own desires in situations rather than go to bed at night thinking about how I hurt someone’s feelings and know they will never look at me as a good person again.  But now I wonder if that is changing me some…

Relationships and Flings are a very interesting part of life.

I am really enjoying being around the two Italian woman.  From working in a restaurant, my experiences with Italians have not been warm and fuzzy.  These two women have renewed my interest in their country and culture.  That is great to have happen in my life.

Marc asked everyone at the table what is the first thing they do when they get home and walk in the door from a long trip.  I said that I leave my bags in the porch, hug my family and head right for the fresh baked cookie jar on the counter in the kitchen.  That means I am home. 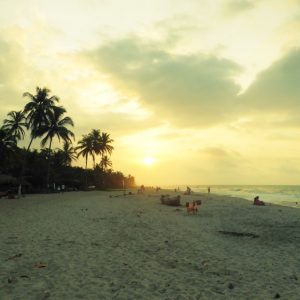 I find east to west sunsets on the beach rather than on the ocean strange. I guess most of the worlds beaches actually run north to south. 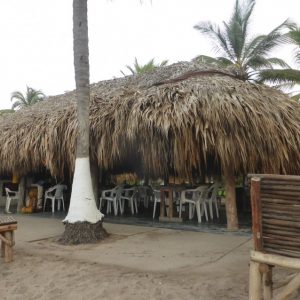 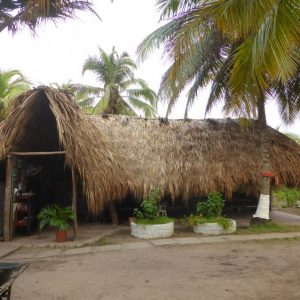 That roof is fantastic. 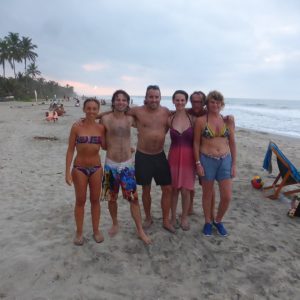 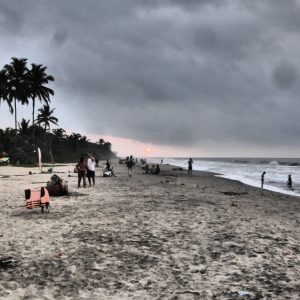 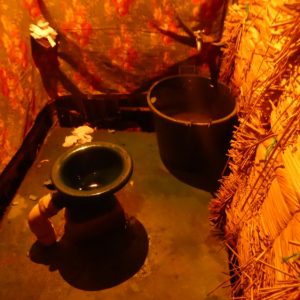 Here is your outdoor Colombian Toilet.

“I was surprised to learn that I am taller than Slash. That also seemed strange.  He has been a massive rockstar for as long as the concept of a guitar riff has resonated in mind, so it seems like he should probably be 10′ tall.  Incredibly, he is not.  Perception is a peculiar thing…”
— Crossing Paths with Slash
[View All]