March 25
You know when you hit something of a lull in your travels and you start thinking that maybe it is time to wrap this up, and then you have a magical day and you are just like, “Holy!  And I was thinking about turning in for a bit!?”  Today was one of those days.  It is like the travel spirits do not want me to stop.

I got up at the house where I was staying and had a pillow fight with three kids. 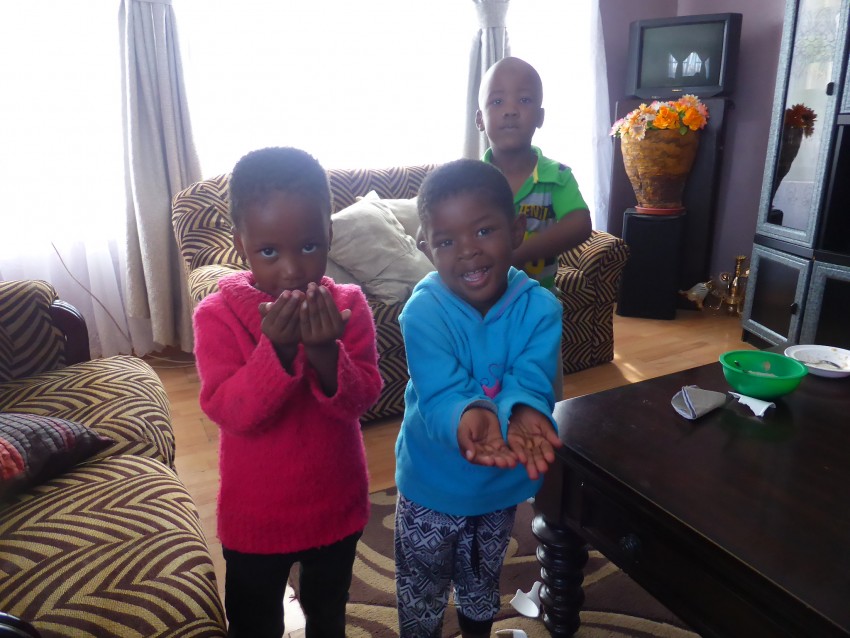 Then, my friend Kevin and his girlfriend drove me to the center of Maseru, Lesotho, where I caught a bus aimed for Roma.  As I was waiting for a convi-taxi, a really pretty girl got on and sat next to me.  I was very charming and she really enjoyed that.  We were flirting for about 30 minutes and I was teasing her every chance I could.  She, Rethabile, was sitting next to me in a taxi, teaching me how to count to ten on one hand like someone from Lesotho.  She put up her middle finger.  I asked her if she knew that that meant.  She looked confused and said no.  There were others close so I leaned to her ear and said, “Fuck.”  This was her reaction…. 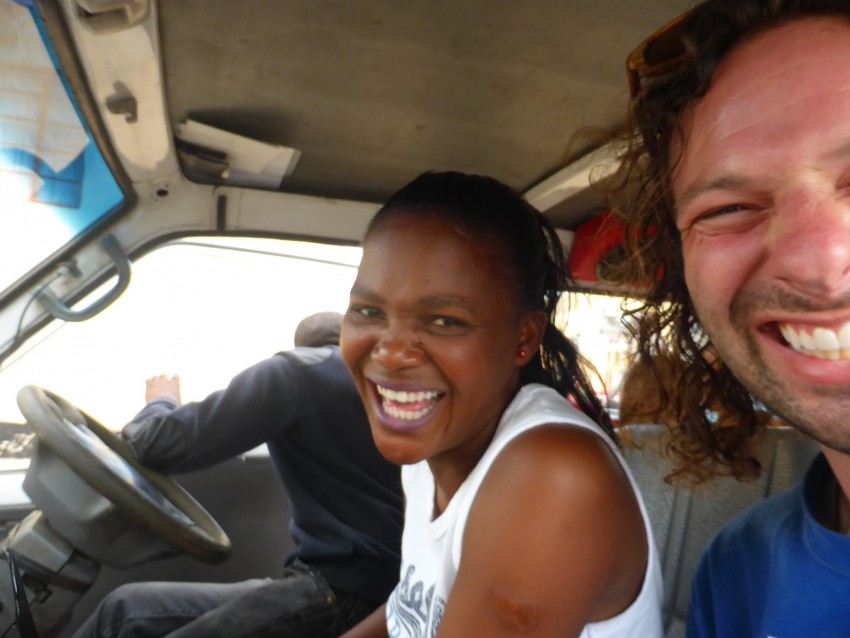 For the record, the one hand counting system in Lesotho is like this:

So simple and so smart!  They need to make 10 an index and middle finger cross like the Chinese though, so it can all be on one hand though.  But, this system is better than the Chinese system as the numbers from 6-9 are so much easier to remember as they do not require a specific shape.

Domesticated animals in Africa are truly domesticated. It is hard to get a pig to move out of your way.
Rethambile was to get off the convi-taxi in a village before Roma, so I asked her if I could see her house and get off with her.  It was pretty cool to be in this little village with her.  Her mom fed me canned peaches that she picked from the tree outside next to the outhouse.  Then, Rethambile took me with her to Roma.  She carried on in the convi when I got out at the Trading Post Guesthouse. 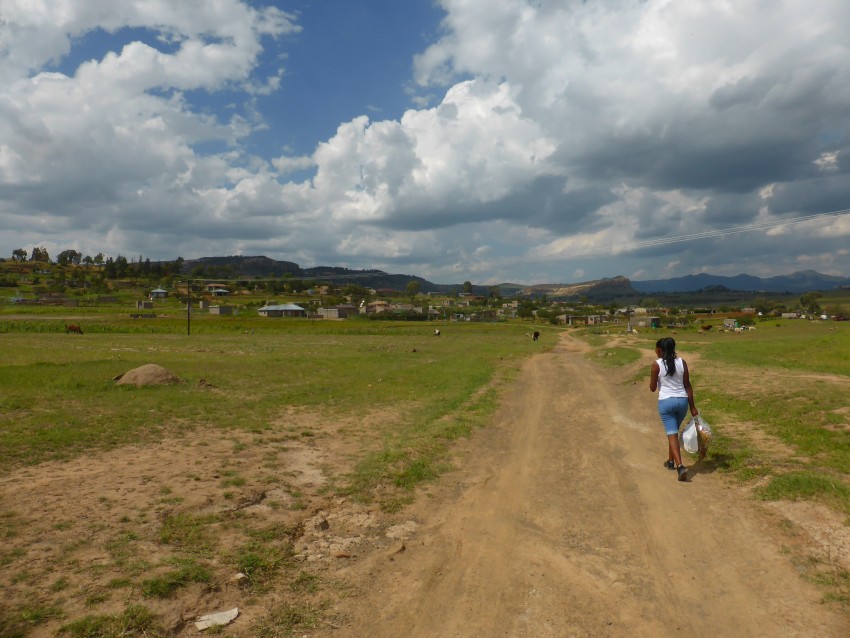 Walking with Rethabile to her village.

Rooms were far too expensive 300 Lesotho rand ($19.40) because the dorm was full.  I was sick of my backpack so I caved in and paid for a wonderful round-house.  I am now happy with the luxury!  Sometimes, a person has to treat themselves.  It cannot all be mouse-urine smelling hotels…

A retired Canadian couple in their 60s and I were chatting.  I was telling them a little about my life.  The woman said to me, “Wow, ten years!  What have you loved most?”  With a straight face I responded to her, “The women.”  Holy, that made the two of them laugh. 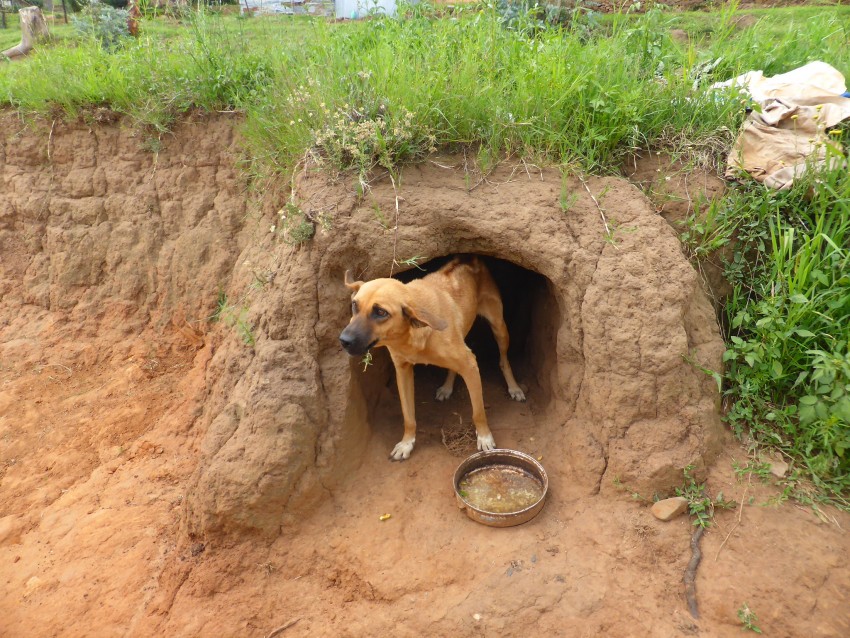 Check out that dog-house. Way cool!

Lesotho seems very primitive.  It is sort of what I expected, which Swaziland was nothing like.  All I want to do is hang out here for two weeks and really get into it, but I feel like I have so many miles to cover…  I want to get on a bus a ride it for eight hours across the country to the east, which is referred to as the “wild west”. It makes no sense, but then again, things in Africa hardly ever do…

I hitchhiked into town from the guesthouse to find some dinner and a beer.  People here are super friendly.  I am very pleased with Lesotho so far.  I got some buns, some peanuts, some beer, had some fries in a bar and chased them down with local beer and contemplated starting a “Different Kinds of Beer I Drink on the Road” Instagram account.  I have decided it is too hard to do as I already have one account and I do not want to be one of those douchy people that have two phones in their pocket to show the world how important they are probably not. 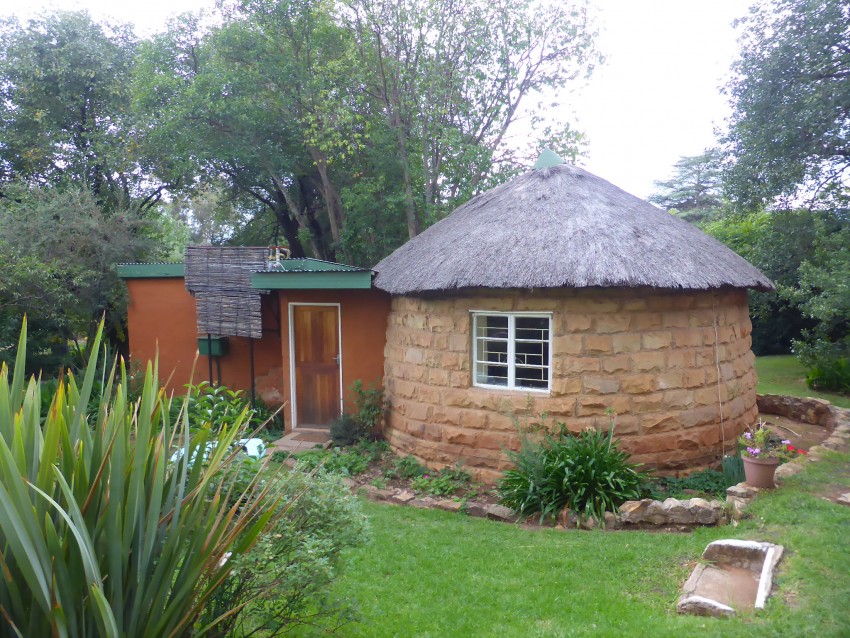 My home in Roma.

There is a woman working at the guesthouse.  She was in my room when I arrived.  She said she was “sweeping” in there. I changed it to “sleeping” and told her that sounded nice and that it was great that the bed came with a woman.  She thought I was funny.  I ran into her an hour later and I winked at her for fun.  Before I went to town for food and supplies, I left my camera with reception as it was dead and I did not want to walk back to my room.

When I returned, the woman I had been teasing about sleeping in my room had the camera.  As she went to hand it back to me, I asked her if there were any naked pictures on it.  She laughed and said, “Many.”  I said, “Perfect!  That could not have worked out better!”  She said, “Just wait, I have something for you…”  I followed her as she walked to a different part of the reception area saying, “Great, a girl who says she left naked pictures on my camera has something to give me too!”  She reached into her bag and handed me a card that said “Escorts” on it and said, “Here, you can call this number.”  She was serious.  I told her, “Oh no.  I never do that kind of thing!”  She looked at me in confusion and said, “Oh, you played with my head…” 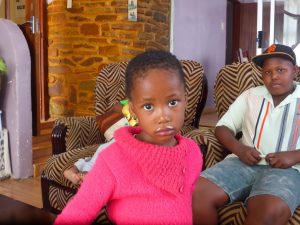 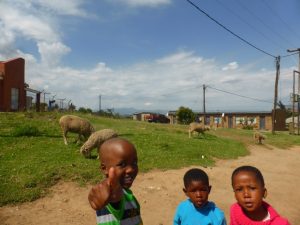 Kids can be so cool. 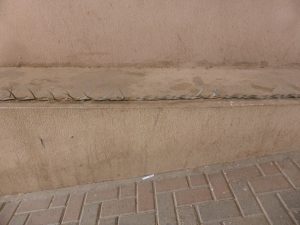 Anarchists who will sit where they want anyhow! 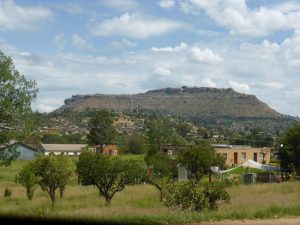 Maseru is surrounded by beauty. 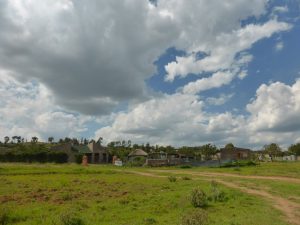 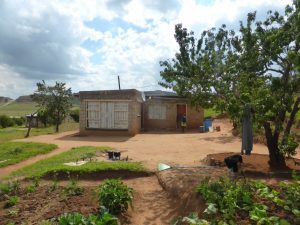 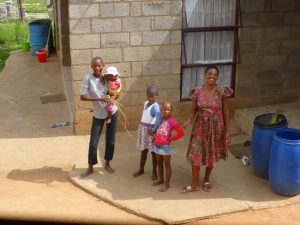 Villagers asking for a photo. 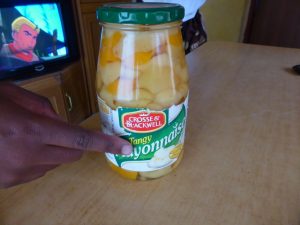 Canned peaches from the garden. 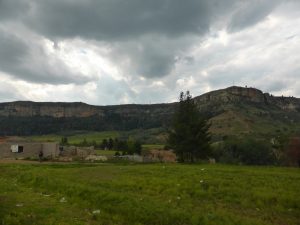 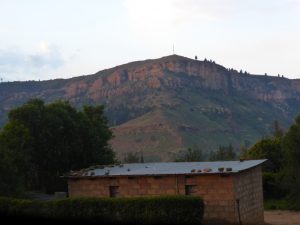 The backlight of the Roma sunset.

“‘Tweedeleg’ = literal meaning – ‘Second laying’.  Translation – Having a family with one woman, divorcing, and then having another family with a second wife.”
— Creative Dutch Vocabulary
[View All]