Bulawayo to Johannesburg: Back to the Future

March 17
Bulawayo to Johannesburg: Back to the Future.
Happy “I hope you drink Guinness all day” day!  It seems weird to not be drinking a lot of the black liquid gold today…

I ran around Bulawayo, trying to find a place to print some photos to mail to friends.  I met a beautiful woman named Kimberly in a photo shop, but I am terrified of the 25% HIV population here in Zimbabwe.  I have decided to turn my crotch off for the time being.  It is not an easy decision to make, but it certainly is a safer one…

It felt good to mail out postcards.

Madagascar?  The hotbed of diamond trading?
I used to send them out for every country I visited while I was in South America, but it is generally a half-day process to mail them, so I have been lackluster this time around.  One has to find a photo shop, pay and wait to get images printed, sit down and write for an hour on the images, find a post office, stand in line, pay extortionate international mail fees…

But, today was pretty good.  I found a girl who printed photos for $0.25 each, there was no line-up at the post office and the stamps were only $1 each!  And, it felt really nice to mail things to people.  I will try to do more of this again!

Madagascar?  The hotbed of diamond trading?  The man told me that is where people from Italy, UAE, US, etc…go to buy them.  Madagascar?…  I did not see that coming… 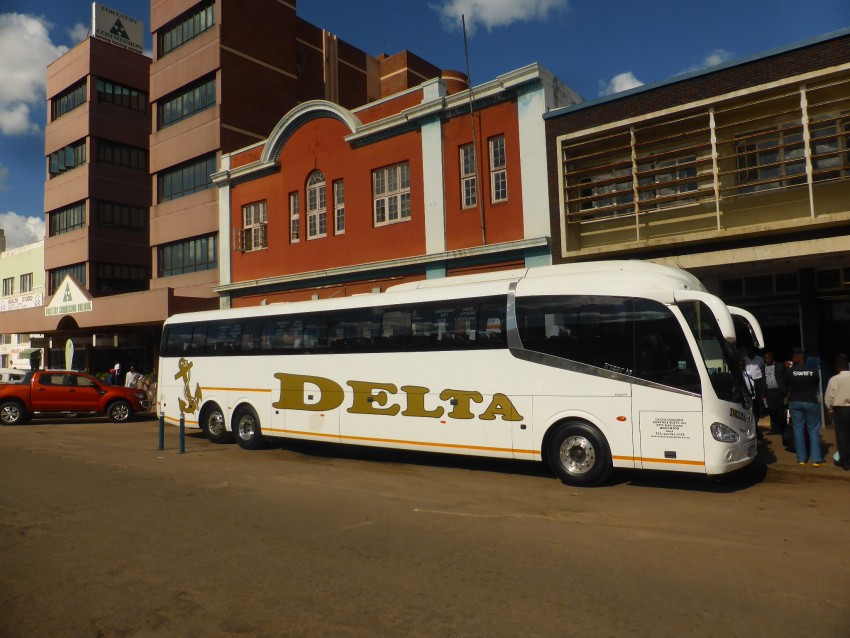 At 16:00, I got on a bus they said would take 11 hours (for $25) from Bulawayo, Zimbabwe, to Johannesburg, South Africa.  Surprise, it turned out to be a 14 hour bus!  Africans should completely stop trying to keep track of time!  They are not very good at it.

Seated beside me on the bus was a local man named Foster, who is probably the biggest man in Bulawayo.  He was so big that the seatbelt would not go around him and he asked for a seatbelt extension.  That meant that Foster used all of his seat and half of mine.  So, that was a fairly uncomfortable as I was basically pancaked to the wall of the bus. 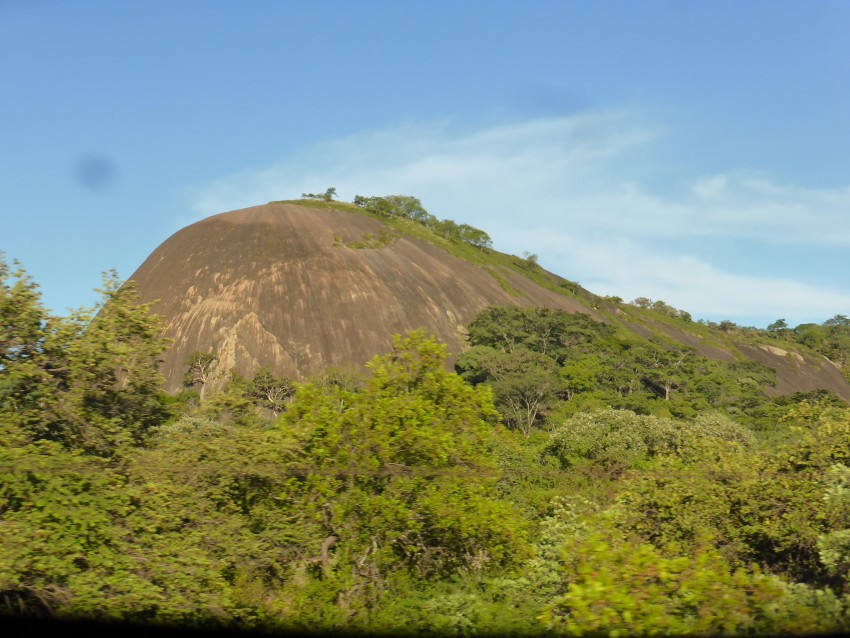 A boulder for a hill on the beautiful drive south.

Stop checks were prominent on the highway just out of Bulawayo.  There were four stop checks between 16:00 and 16:58.  At the third check, the policeman was too low for me to see his face, but I just saw him stick his hand in the bus and the driver put 50 South African Rand in it for a quick pass through the check.  Foster said, “The money is for the policeman to not find fault with the bus.  If not give him 50 rand, maybe he finds a 500 rand problem.”

Two taxis chased us down the highway because two separate women who had tickets missed the bus.  One of the taxis caught us 1:05h out of Bulawayo.  The lady must have paid more for the taxi to catch the bus than it would have cost for a new bus ticket.  I guess it was necessary… 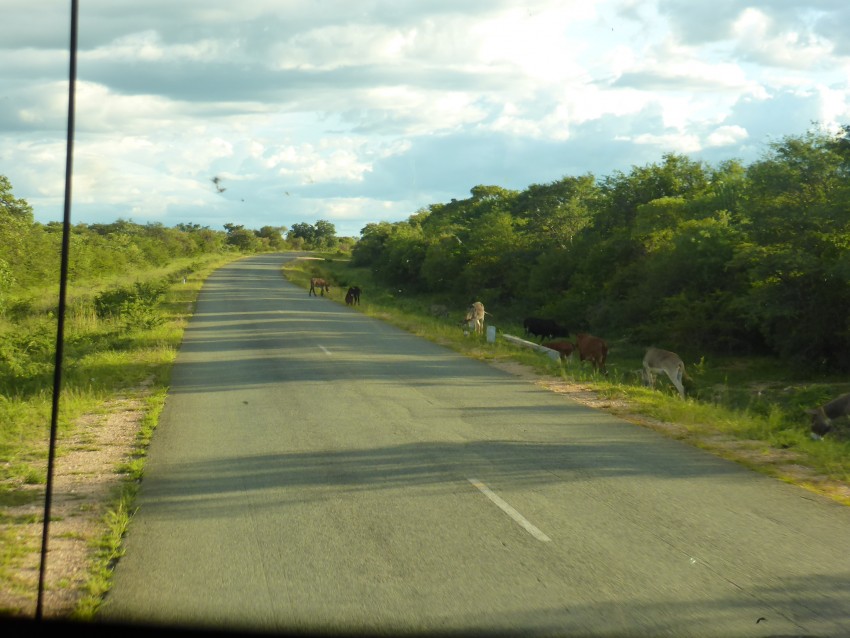 We had to stop on the road for wandering donkeys crossing.
Gospel music on a CD called “Joyous #4” played for most of the squished-against-the-wall-11-hour-14-hour-bus-ride.  Great.  And Foster is one of those people who is used to being a boss so he asks a question and then interrupts you to provide the answer.  He was a very nice man, but I found it far too difficult to have a conversation with him because it required me to continue raising my voice to finished my sentences rather than having him constantly drowning me out.

Interrupting is a really bad habit that I find often among African men.  They love to interrupt and talk over people.  I found it was taking too much of my energy, so I dug my iPod out of my backpack and disappeared into music.  I am sure it made me look rude, but I was just tired of having a rude conversation.  It is tough to know what to do when you are finished with someone conversationally because they are too domineering. Should you just allow yourself to look rude disappearing from conversational potential? Or should you point out the flaw in the person explaining why you will be disappearing from conversation thereby making the environment uncomfortable?  You appear rude because of someone else’s rudeness or you are rude for telling someone else that they are being rude.  It is a weird situation to know what to do with… 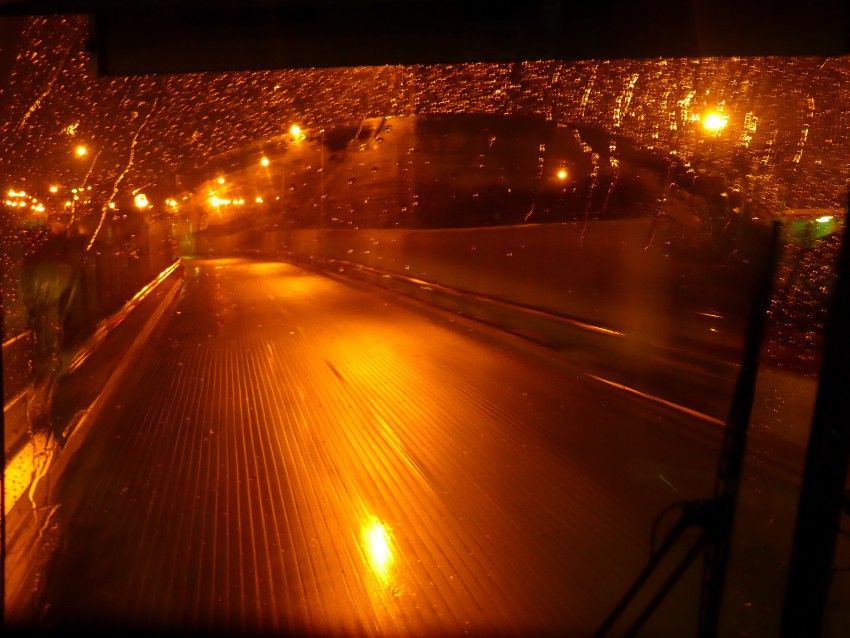 Crossing the bridge between Zimbabwe and South Africa.

At 21:00, we crossed, went through customs, exited Zimbabwe and entered South Africa.  We stopped at a fuel station for a rest just inside of South Africa.  The front doors of the gas station were automatic.  I have not seen that in so long that it seemed strange to me.  I felt like I was in some weird old-future of my life…

I have heard nothing but negativity about Johannesburg and South Africa from everyone, so we will see how it all goes.  But, this sign greeted me at the front doors of the fuel station with the automatic doors…. 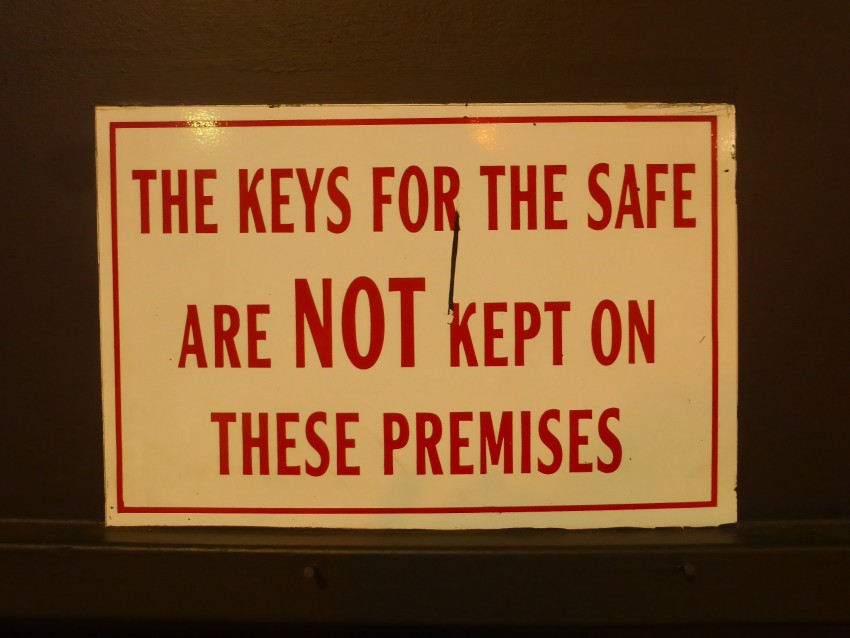 Oooh, you should probably keep your things deep in your pockets. 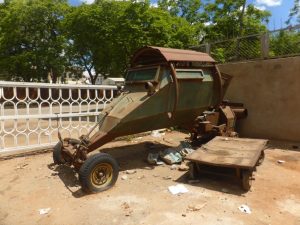 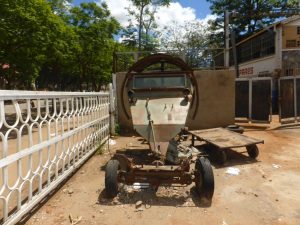 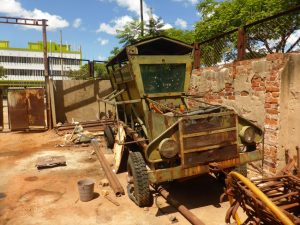 And this. I wish I had been able to meet the man who made these vehicles. 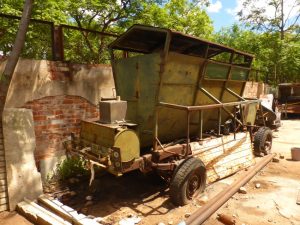 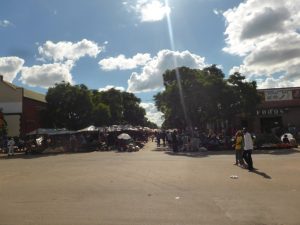 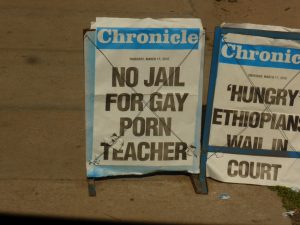 Whoa, what a headline….

“We had beer to celebrate our arrival in got to Pintang. The beer brand was called Sedrin and the slogan was – ‘Sedrin beer brings you the sensation of extraordinary pleasure.’ We could not wait to try it... The beer was okay, but neither of us felt sweaty and out of breath after.”
— Pintang, China.
[View All]