Up for a Galapagos Los Tunels tour at 7am after finally getting to sleep around 1:30am.  This is burning the candle at both ends.  I am afraid to look back to see how many days of insanity that have passed in a row this has been for.  8:20am in Ecuador means 8:40.  Eventually a boat hauled about 12 of us through very rough waters for 50 minutes to an area for snorkelling where we seen four white-tip sharks, and two massive sea turtles.  The sharks were about 2 meters long and the turtles must have been 200kgs each.  Twelve snorkelling humans gathered in a circle around the turtle that had been having a rest to gaze at it until it got sick of us treating it like a zoo animal and decided to move around a little for better action photos.  The napping turtle was much more impressive than the napping sharks were, who were in a darker area and also resting for their evening hunt.  As well there were beautiful fish of incredible colors, but my favorite is a black fish that has all yellow fins and bright blue eyes that stare at you with curiosity.  I sort of have a crush on those fish as they are incredibly gorgeous.

Out of the water we seen flocks of blue footed boobies, and I managed to get a picture with them in a proximity that was much closer than I could have ever believed.  The birds were very boisterous, one whistling at another who was honking back, and were probably too busy making noise at each other to really notice that I was so incredibly close.  Penguins were around the area and when I made fun of their navigation skills to our guide that brought them to the equator he told us that penguins do not really like the cold, but that they like the easy and non-competitive hunting grounds of frigid temperatures.  That may be the most interesting thing I have learned in a week.  The Galapagos Los Tunels was great for that.

After the Galapagos Los Tunels tour I rented snorkelling gear for $5 for the afternoon and went for a circle around the pier area close to town in hopes of swimming with sea lions that usually play with the humans.  None were to be found in the waters, so I just enjoyed the fish.  A fish or an insect bit me on the side during the snorkel and it has caused a palm sized rash as a result.  I hope nothing detrimental situates from this me-snack.

I pulled out last night.  I made friends with three Ecuadorian lady architects and had a beer with them, but at 11pm I headed to my hostel and made no dog-tracks in search of mischief to any other pubs on the way home.  And ‘f’ the 5:30am ferry I had been planning to catch tomorrow morning.  A recharge is necessary… 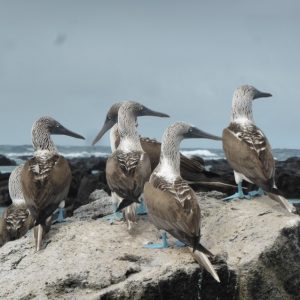 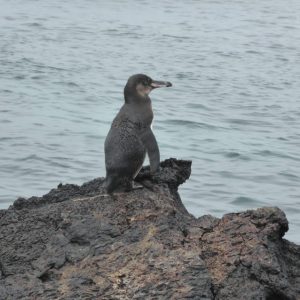 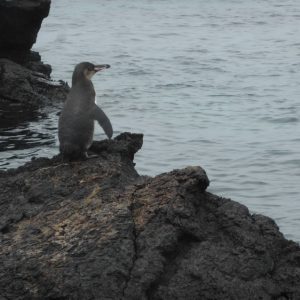 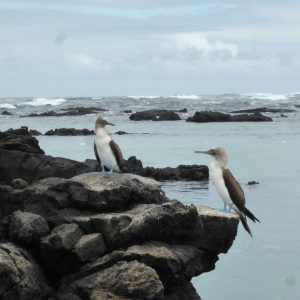 Blue Footed Boobies. You can never have enough pictures of boobies… 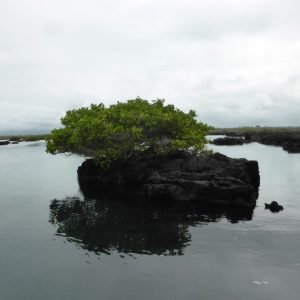 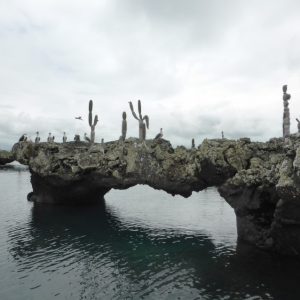 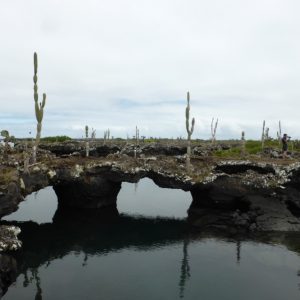 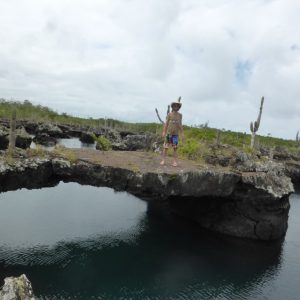 It is amazing how terrible people are at taking pictures. The horizon is flat here. She took three, and this was the best of them… 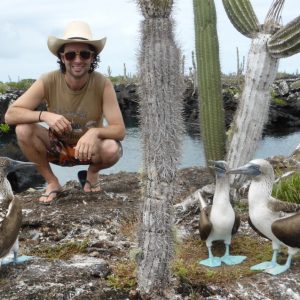 Blue Footed Boobies. It is crazy how close you can get to animals here. 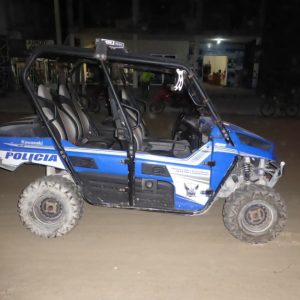 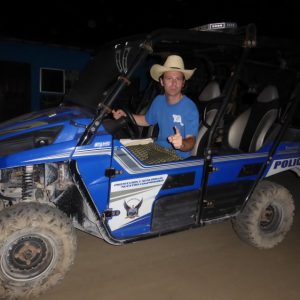