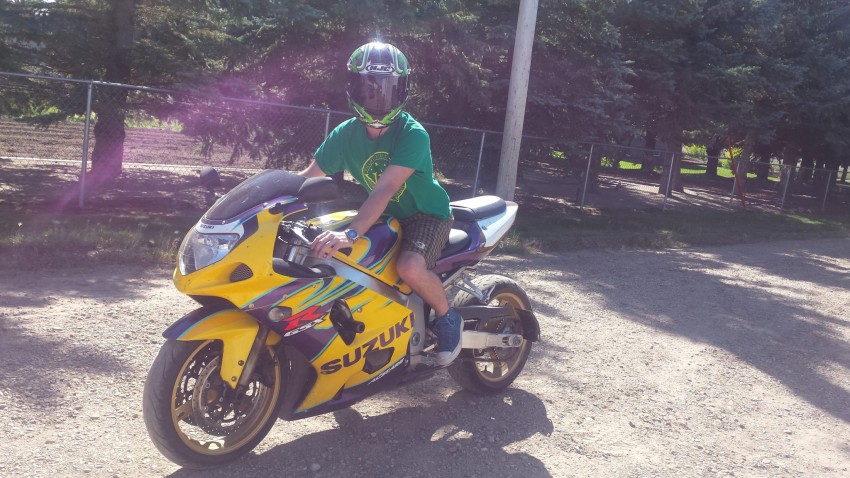 I would soon learn how accurate the nickname crotch rocket is for one of those motorcycles…not because I had a boner from the bike, but because of what a bike like that will do.

Trevor rode his dirt bike, and I would get the Suzuki 600cc crotch rocket for the afternoon. We rode together out to a secondary highway that was very straight and flat. Trevor told me to ‘ride’ the bike, and informed me that I was being too gentle on the machine. My cousin is half of my age, but I took his word for it. He said I should have the engine up to around 8,000 RPM’s when I shifted gears because at those revs the rider can really feel the top end power of the bike.

After I got used to hitting such speeds in the 170 km/h range, and knowing there was much more throttle to twist, I decided to venture a little further on. The first time I tried to push it, I looked down to see 202 km/h on my speedometer. Now, 202 km/h is fast. It is actually really fast. The 30 km/h difference between 170 and 200 is not the same marginal change between 140 and 170. The speed feels like it begins to exponentiate.

It is not that I was nervous or anything, but it is that the wind is moving past your body in such a way that it moves your skin like you have never before experienced. Because of the speed, I could actually feel the skin on the backs of my arms waving and jiggling in the same way you might see on a very overweight person. The pressure of the wind hammering at your chest is also a force.

It is also crazy to know that you have just topped 200 km/h of speed on a simple two-wheeled machine. Wild thoughts race through you head, like:
‘What if a dog ran out?’
‘Why am I even wearing a helmet at this speed?’
But the thing that surprised me most is that when you release the throttle at 200 km/h, because of the wind-force, the bike slows itself in a hurry. When you let off the throttle at 202 km/h, and you look down, you have dropped to 170 km/h in a moment. It happens quickly, unlike when you let off the throttle at 80 km/h and coast for long distances slowing down naturally at a much lower rate of speed.  The contrast of high speeds on a crotch rocket is incredible in the way it increases or decreases in moments. 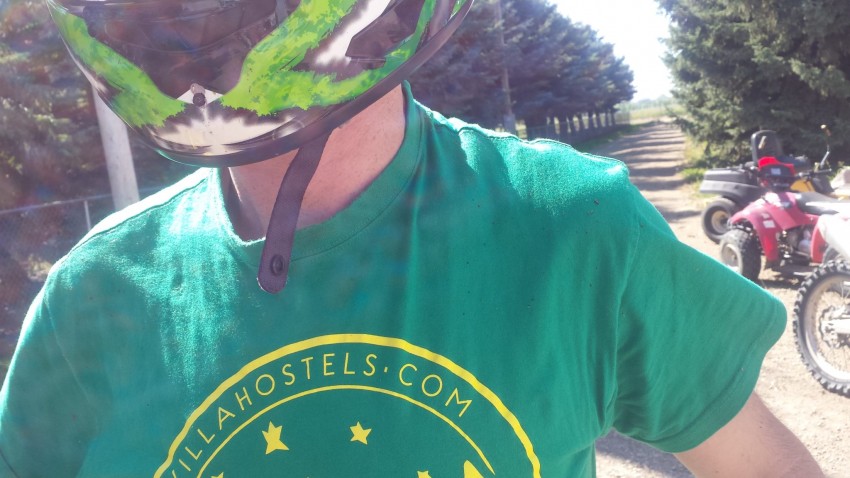 Flying into bugs flying. I am bigger bugs… I win. Perhaps the rest of your pals saw that and will now stay out of the way.

I wanted one more crack at the bike, and Trevor told me to go for it, so I found one more stretch and hit 212 km/h. There was still plenty of acceleration left in the bike, but the process is pretty nerve-wracking. Thoughts go through your head like, ‘What if there is quick jarring dip in the road? I am freaking dead,’ and ‘What if a farmer pulls out onto the highway with a tractor and an giant road-consuming implement?’ Of course, you do not have time to think such a long sentence thoughts in your head because thinking through an entire 18 word sentence at such a speed means that nearly a kilometer would probably pass below you in the time. Rather, you just have flashes of nightmare images in your mind. And then your mind flips out at you and goes, ‘You freaking idiot, have you even been paying attention to the freaking road or thinking nightmarish high-speed thoughts?! FOCUS MAN!’ 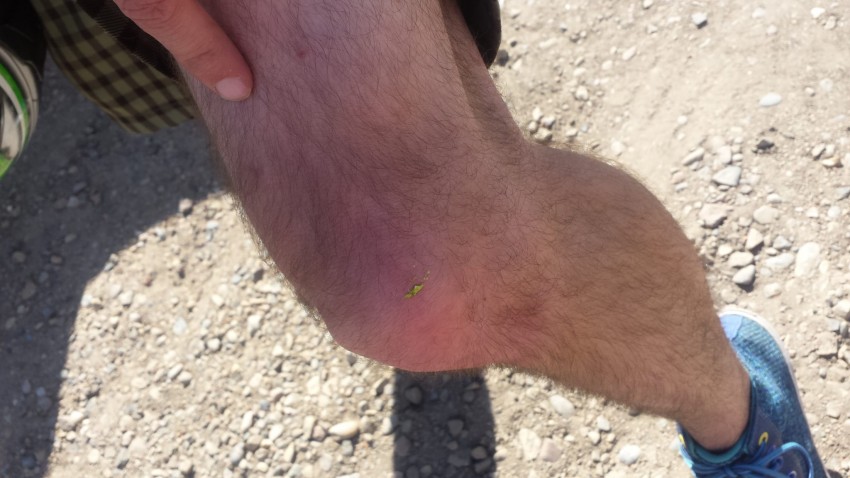 It was wild. It was fun. It made my hands shake when I was later stopped.

What I found fascinating, is that the real danger does not seem to be the actual speed itself. The speed itself is no problem.  It feels like the danger of those a crotch rocket is human error: the entire mental aspect required by the bike and the under-exaggeration of speed once you come down from the top. Those are the two things that scare me on a crotch rocket. 212 km/h? That is easy. 212 km/h is just a hard breeze and flapping arm-skin. The frightening part is the mental aspect and the misinterpretation of subsequent lower velocities. 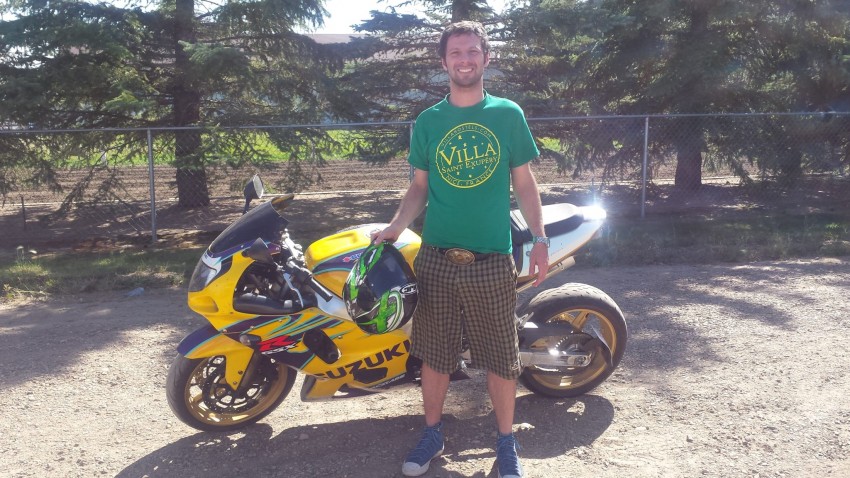 “When I had finished the neck of my beer, another unattractive girl came and stood in the same place as the first, introduced herself and asked me to buy her a beer.  Nope.  She was asking and asking and asking.  Nope.  Then she asked me if I wanted a woman.  I asked her, “You?” She said yes.  I said, “Nope.””
— Being a Foreigner in Tanzania
[View All]