The sleeping bag I have borrowed at the palace seems to be an Antarctic sleeping bag, but we are only in Buenos Aires.  And the mosquitoes are nuts in the palace at night.  So, my choice last night was to sweat it out, or else to expose myself as a meal.  I got tired of sweating and eventually gave in.  It seems no mosquitoes went to bed on an empty stomach last night.  Bastards!  I even got up in the middle of the night to spray my face with repellent.

I used to think it was a good omen to get bit by mosquitoes, and that I might have good blood which may never have cancer or anything like that.  But I am not so sure that is the case anymore.  I see it as a problem now and how I could never survive in the Amazon, as whatever is in my blood that makes it so desirable for mosquitoes may be my weakness in nature.  Irmante never gets bit sleeping right beside me, while I seem to be a smorgasbord.  So, I was an itchy wreck of a man all day.

I am staying in a house with six girls, and this morning I had to re-mount the toilet tank to the wall as it was breaking free and spilling water everywhere, and I had to reset the float inside the tank.  It made me look good and one of the girls said, “Thank goodness there is a man in the house!”  It felt nice to be handy again.

And, I guess I learned that Buenos Aires is a very new city.  All of the building structure here is from the 1880’s to the 1930’s which was the golden age of the country.  Before the 1880’s, they had not yet begun to use non-perishable materials for building, so nothing from before that exists here anymore.  And after the 1930’s there was s depression, so almost everything considered to be of importance is from that period of time.  So, Buenos Aires is very new.  Also, the presidents house is a sort of pink color.  That is because it was originally painted with cow blood.  That is pretty interesting. 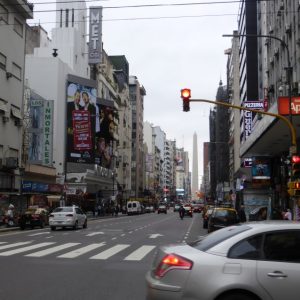 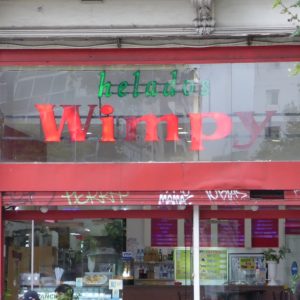 A store for the weak. They sell ice cream, but I think they should sell steroids. 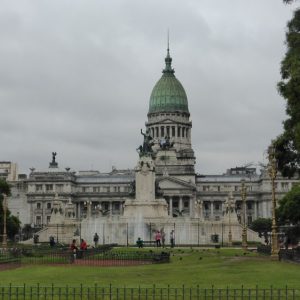 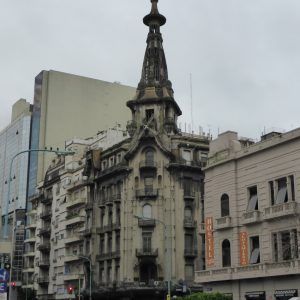 This thing is beautiful. 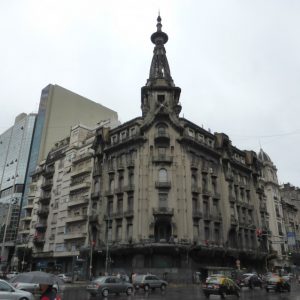 My favourite ugly building in town. Abandoned for 20 years. I would like to make a giant fort inside. 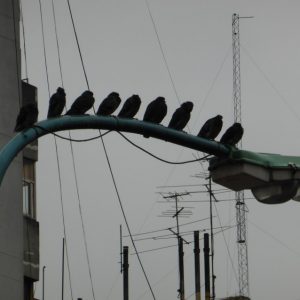 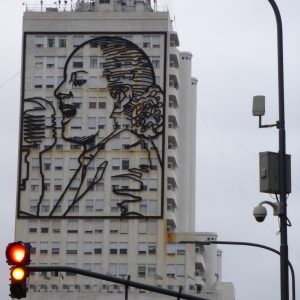 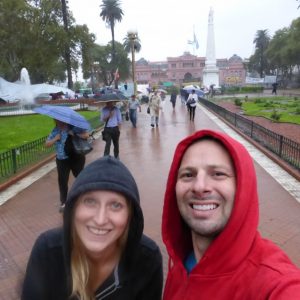 President’s house- Pink because it was once painted in cow blood. 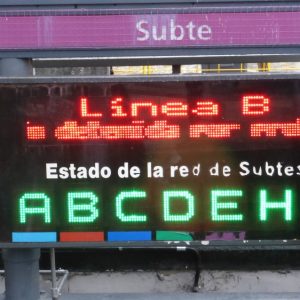 The Argentineans need some work on their alphabet.

“If the cook doesn't get back soon I'm going to have to buy us some bologna.”
— Dad on Pat being away in the city.
[View All]