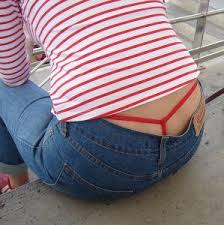 The Thong
Alessio had been working in the hostel in Valencia for a while.  He told me that they had an older Colombian cleaning lady who had a great body.  He said she always wore thong-underwear that stuck out above her pants when she was bent over.  One day she was cleaning the bathroom and when she shut off the vacuum cleaner, she could hear a sound coming from one of the stalls that sounded like someone was masturbating.  Eventually the sound stopped, then door opened and a guy came out.  He high-fived her as he walked past and said “Thanks” as he walked out the door.

“‘Fool me once, shame on you. Fool me twice, shame on me.’”
— Anonymous Proverb
[View All]