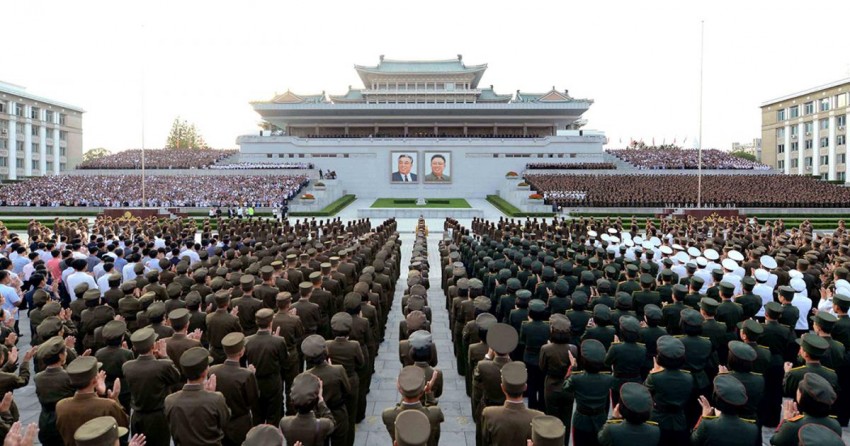 Prologue:
Now I know what you are thinking.  ‘Will I ever have flowing locks of hair as beautiful as Beaver?’  The answer is, ‘Possibly.’

And I know what else you are thinking.  ‘Is he nuts?  North Korea?’  The answer is ‘No.’  I know that many of you think I am crazy and I often do things that are dangerous.  The truth is that this is not really the case.  Every major decision I make has been carefully considered, thought through and researched.

I call this decision The North Korea Decision and in this situation, the timing of the trip to North Korea would be a major hiccup.

How did it get to this you wonder?
Well, The North Korea Decision began about five weeks ago in Prague, Czech Republic, when I was having a post-birthday hangover breakfast with my friends Michal and Karolina.  They were asking about places I have been and asked if I have visited North Korea.  I have been asked this question so many times over the past few years that I decided I needed to have a better answer to the question. 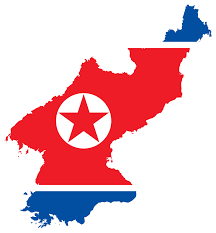 At that moment at the table, I took out my phone and researched flights to Beijing, knowing that China was the only access to North Korea.  I found a flight from Prague to Beijing for £276.  £276!  Cheap!  Then I looked up tours into North Korea as I knew that a guided tour was the only way that a visit to North Korea could take place.  I thought it was going to be a couple of thousand dollars, but instead I found trips for about $800.  That was also much cheaper than I expected.  The North Korea Decision had been made.  I decided I would go.

* Note!
Now, you need to remember that all of this took place before the major events surrounding the coma, release and death of Otto Warmbier a couple of weeks ago.  More on all of that later…

I had come to Asia to see great friends, but my number one priority for visiting this part of the world had been for a trip to North Korea.  And then on June 14th, the story of Otto Warmbier made major waves through the media.  Warmbier of course was the American college student who had been released by North Korean authorities and sent back to the US in a coma state after 17 months of North Korean detention for stealing a poster.  Warmbier had originally been sentenced to 15 years of hard labour, but had been in a coma for the past year.  His release set the internet ablaze, and to be honest, I had never ever heard of the young man until he was being sent home.

That story of Warmbier’s release happened 10 days before I was planning to enter North Korea.

I realized it was really bad timing.  The problem was that I was already in China.

Had these circumstances happened a month earlier, I would have likely pulled the plug on The North Korea Decision.

I spent some time researching and reading about everything.  I eventually decided that I would still go…

…Then on June 20, just four days before I was about to go into North Korea, I got word that Warmbier had died.

After reading the incident response of President Trump, I wondered if a war might break out.  I contacted Sabrina who runs Explore North Korea Tours in Dandong, China, and told her I was extremely concerned.   She calmly explained to me that this was an isolated incident and that nothing was going to happen to me.  I was worried about being a target, and I asked her if any other westerners were going to be on the trip I was booked on.  She said there were none…  I was the only one…

I started to back off but Sabrina calmly assured me that there would be plenty of other westerners in North Korea at that time when I would be there.  Several westerners would be staying in the hotel where I was booked.  She told me that she regularly travels to North Korea with her family, and they do not think about sensitive political issues.  She said that instead they worry about whether or not they have packed enough food.

I was pretty uncomfortable with the whole situation.

Timing and things in the media could not have been any worse.

I decided I would at least head to the China/North Korea border city of Dandong to meet Sabrina to discuss The North Korea Decision.

Since I already had my plane and train tickets booked to get me to Dandong, I figured I might as well use them to have a face to face meeting with her to feel out the situation.

I arrived in Dandong on the 23rd, the day before my tour was to begin.  I took Sabrina from Explore North Korea Tours out for lunch.  We had a long discussion, and she walked me though all of it.  She promised me that there would not be any issues.  She told me that North Korea is beautiful and that the people are amazing.  I told her that the money she could make from me on her trip was not worth my life.  Her demeanor was calm and her eyes were honest when she told me that all would be fine.  She told me that it is normal to have concerns, but that I would really be okay.

I put a lot of value into a person’s eyes as they really provide a lot of information.

It is often that I bank on eyes in situations to be certain that people are sincere.  I believed in her and I decided that I would go.

Now, it is very unfortunate what happened to Otto Warmbier.  In reality, he did something very foolish, got caught and paid the heaviest price possible for a bad decision.  I myself have made plenty of poor decisions late at night in foreign lands, but I have managed to dodge any serious consequences.  People know that about my personality, so I only told three people when and where I was going.  All three of the people who knew of my trip were concerned about my behavior.  I assured them all that I could behave.  I needed to.  Perhaps the trip could teach me something about humility and normality…

In the grand picture, Warmbier’s terrible fate may have been at a serious advantage to my own life.  Perhaps it saved my own life.  His fate assured that I would toe the line in a way I probably would not have in circumstances without knowing his story.  Warmbier’s fate behaved me.

I would head into North Korea on the following morning…

For the next part, here is the link:
Crossing from China to North Korea – Part 2

“On the bus on the way to Download Festival, we passed by East Midlands International Airport.  Parked on the runway, sitting pretty, was the Iron Maiden jet.  There was a skull painted on the tail and ‘The Book of Souls’ tour name printed across the side of the vessel.  The bus of concert goes riding with us was heavily loaded with Iron Maiden geeks who were freaking out together and squealing with delight in excitement of seeing that Ed Force One.”
— Maiden!
[View All]