The Synchronicity of Tom Petty and the Name, ‘Jen’ 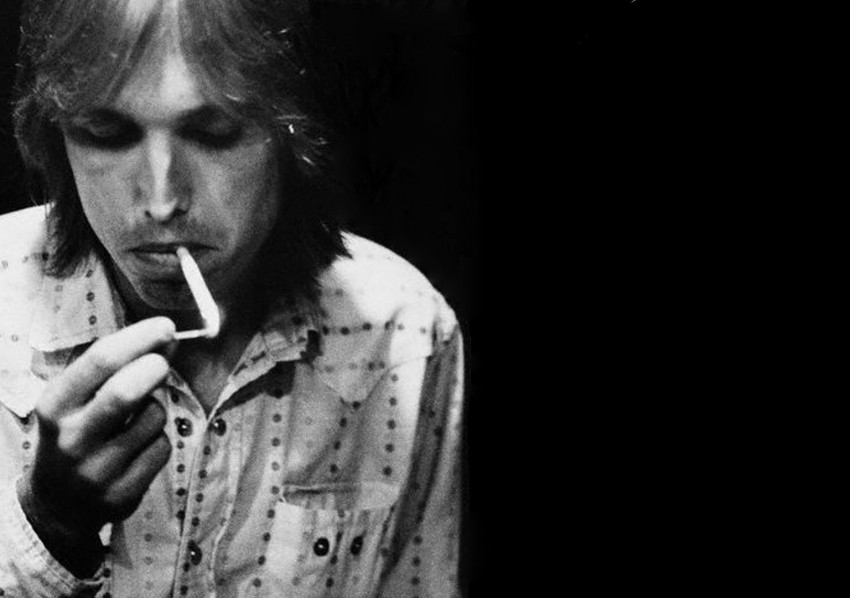 The Synchronicity of Tom Petty and the Name, ‘Jen’.

Life is weird and has patterns. One could never understand how synchronicity seems to happen in the bizarre ways it does…

Tom Petty’s death has hurt me. I loved his music and the way he carried himself as the coolest and most casual person one could ever wish to meet.  He is one of my heroes.

I have been listening to so much of his music again over the past three days.

*(You will have to pay attention to name-spellings to minimize confusion.)

I met a girl from Wyoming in 2002, named Jenny.  My bronc-riding friend Rhett brought his girlfriend, his girlfriend’s sister, and his girlfriend’s sister’s best friend Jenny to Regina, Saskatchewan.  They had come to see what Canada looks like, to go to a hockey game, and to stay at my house. I ended up in a brief fling with Jenny during the time they were visiting. I saw her once more after, a few months later when I was in North Dakota to watch Rhett rodeo. Jenny was just getting involved with another boy that weekend and she would ultimately marry him.

Jenny and I remained in touch and she told me that the song ‘Wildflowers’ always reminds her of me. She thinks it is the theme of my life.

Tom Petty sure knew how to make a beautiful song.

A girl named Jenna, came into my life in 2003. I do not have vivid Tom Petty memories that involve her, but she reminds me of two Tom Petty things:
-Thing One is this: In the summer of 2004 I was in New York and on the way back I stopped in Winnipeg to see Jenna at her house.  I saw on her desk that she had the same Tom Petty Greatest Hits album that I had, and it marveled me that the same musical lines followed grasped at us.

-Thing Two is this: The the song ‘Wildflowers’ really reminds me of Jenna. I can not remember if she played the song for me once, or if it is just the lyrics, but in my mind, the song has the imagery of her long and curly red hair moving in the breeze. That is what the actual music of the song looks like to me…red hair waving in the wind.

In 2012/2013 I was seeing a girl from Oregon named Jen. She found me in a bar in London when I was actually on a date and my date saw that there was such a strong connection between Jen and I that she suggested she leave by herself and that I stay with Jen for the evening. I ended up seeing Jen for the next year after that night. Jen spent time flying across the Atlantic for extended stays at my place in Dublin. She also drove us from Portland, Oregon, to Big Beaver, Saskatchewan, after I visited her at her place. On the drive from Portland to Big Beaver, we actually drove through the town where now married Jenny was now living in Montana. I tried to call Jenny from a payphone in her town to see if she could meet Jen and I for lunch, but Jenny was not home.

On that drive, Jen and I listened to a lot of Tom Petty from Portland to Big Beaver.

Three days ago when Tom Petty died, I sat down and I wrote to Jen. In the message, I wrote about five or six different Petty songs that reminded me of moments on that drive and things we discussed about the song as we consumed Tom.

Jen wrote this back to me:
“Another one–Wildflowers. Is it funny or ridiculous that my memory of this song is your memory of a past fling/flame saying this song always reminds her of you? Think she is the one you said got married now lives in Montana. But she did picture you among the wildflowers. There’s some poetic, mixed-song image in there of a rolling stone among wildflowers…”

Those are all of the ties…  I just find it all so incredible.  There are no Emma’s or Ava’s or Ethel’s in there.  Jen’s.  What is in a name?  Why Tom Petty, my life, and the name Jen?  That is some amazing synchronicity…

Tom Petty’s ‘Wildflowers’ reminds Jenny of me, and that makes Jen think of Jenny being reminded of me, but the song itself reminds me of Jenna.

The synchronicity of that name to Tom Petty is fascinating.

I love you Tom Petty. Thanks so much for the amazing music.

You belong among the wildflowers
You belong in a boat out at sea
Sail away, kill off the hours
You belong somewhere you feel freeRun away, find you a lover
Go away somewhere all bright and new
I have seen no other
Who compares with you

Run away, go find a lover
Run away, let your heart be your guide
You deserve the deepest of cover
You belong in that home by and by

“We went for a drive to see if we could find any deer. A buck jumped out of a patch of trees and Fatty took three shots at him but missed him. The deer ran into another massive group of trees. So I went into the trees after the deer and Fatty went around with his truck. I never saw the deer but a little while later I heard a shot, so the deer must have come out of the trees I was trudging through. All of a sudden I looked up and a coyote was right in front of me. He seemed huge at the moment had a really beautiful fur. It is hard to say if the coyote was getting away from the gunshot or if he heard me and guessed I was an animal. In either case, when that coyote saw me, I could see the, “Oh, shit! A human? What in the heck is he doing in here?” look on his face. That coyote turned around and was gone! Nature has some characters.”
— Wonders of Nature
[View All]