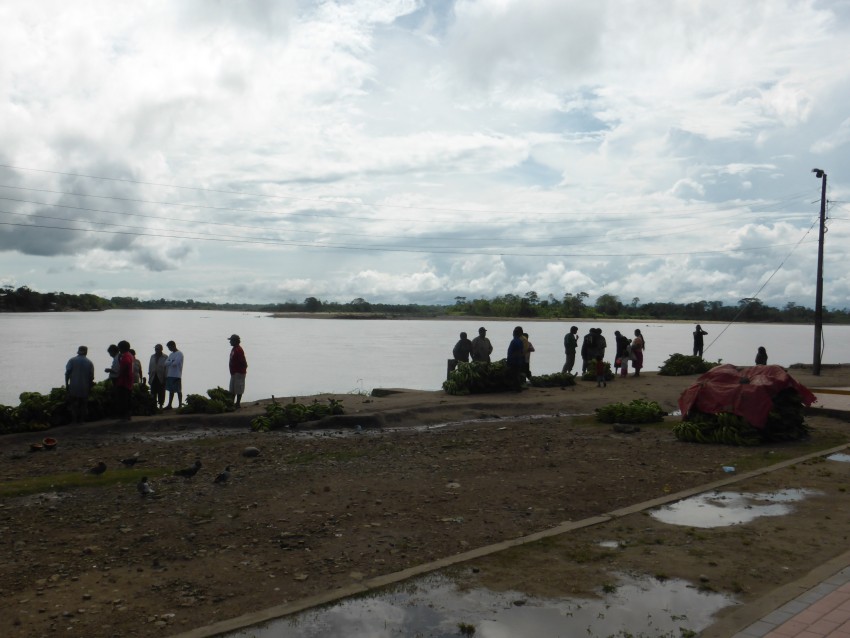 A late sleep in and like 9 hours of sleep happened!  Those days exist for a vacationer, but they hardly exist for a traveller, and they are as gorgeous as a bright red apple on a tree with strippers climbing that tree when they do happen.  I hung out and read waiting for a Dutch girl, my friend Maar-sneeze to arrive (Her name is Maartje, but I can hardly pronounce her name because the end of it sounds like a sneeze to me).

We hung out and made a plan for tomorrow.  I met a Dutch guy last night who told me that he just finished a survival adventure, where an indigenous guide took him into the jungle and they survived for three days with nothing.  All they took into the jungle were machetes.  It was four days of eating termites and worms to survive.  They built a little hut to sleep in and they built a little raft to go down the river in.  It sounds like something too far out of this century to pass up on, so I brought up the idea to Maar-sneeze who was pretty keen to the idea.  So, now I have sort of dragged a blond Dutch girl in to this madness.  I negotiated a price and we have to meet at 8am at the office with nothing tomorrow.

Dutch girl Maar-sneeze is afraid her period is going to come during the survival adventure.  I am afraid a tiger is going to eat her because of it.  As a Canadian, I know that bears can smell menstruation and it is dangerous for women to be in the woods at such a time.  I did not even know that there were tigers here until someone said so today.  Most likely it was someone who mixes tigers up with jaguars, but in any case, fingers crossed that we both come out of the menstruation is not the motive for wildcat murder….

“As Bery and I were chatting he pointed to the avocado trees in the yard and said, “Girls!  Monkeys!”  A half a dozen young ladies went running for the avocado tree to chase the monkeys away.  Bery told me, “We have to keep the monkeys away.  They come in hordes of 20 or 30 and they will empty a garden in one hour.””
— Monkeys of Uganda
[View All]