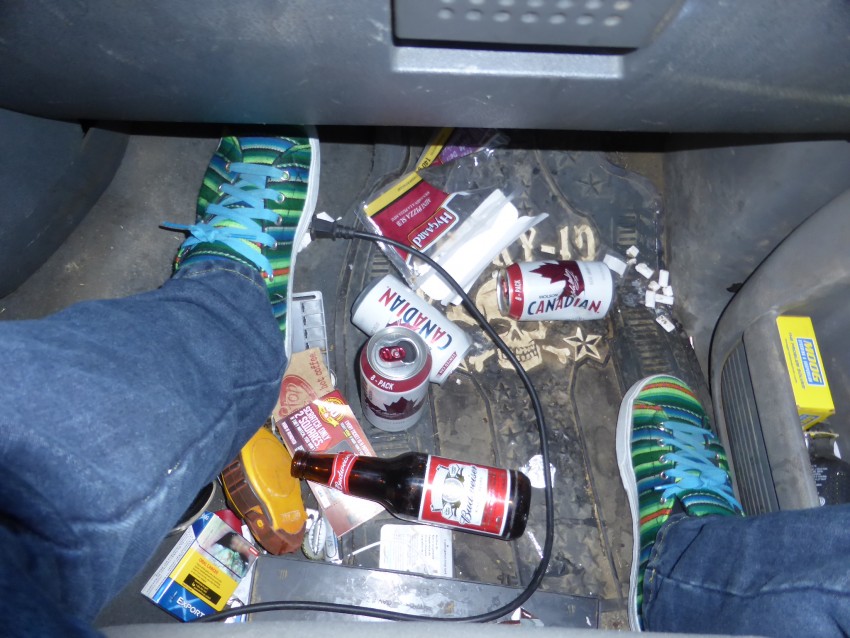 Sylvan Lake to Waskatenau – Time Warp.
15 September.
I was awake at 2:45am.  My alarm was set for 4:45am.  I wanted those two hours of a coma sleep, but my body would not agree to such a plan.  I think it is because I have been partying until 4am nearly every day since about December and my body was truly confused about how I put it to rest at 10pm.  I think it thought the rest was just a powernap so that we could get up and start partying again, and that is why it had me awake at 2:45am.  ‘I am not sure why we have been in this bed since 10pm, but it is 2:45am now, and I am ready!  What are we going to do?  There must be something going on somewhere.’  But my brain was saying, ‘No body.  You do not understand.  This was not a powernap for a party.  We are really doing this sleep thing.  And we are going to do two more hours of this.’  But my body was like this spoiled kid that usually gets its own way, deciding to put up a pout and its temper tantrum was to show me who was the boss and would not sleep anymore.  So, I was up from 2:45am.

Nevin and I headed out on the road at 5am.  He stopped for McDonald’s breakfast on the way out of town, and as good as it smelled, I could not consume it on principle.  Since I was in Nevin’s mega early 5.5 hour Monday morning drive to work routine, I was not about to make an altered suggestion.  I will go hungry over eating McDonald’s.  It has been over five years since I contributed to that specific corporate monster of evil.  I only use the company for alleviating my human waste, which is where I think its value actually hovers.  However, stubborn principles are not always comfortable.  That food smelled good…

Nevin dropped me off in Waskatenau and I tried to sneak into Dusty’s house to not wake his girlfriend and his little boy.  I slept until 11:30am and hung out with Karlee and Stryker.  Dusty got home at 6pm and we went on a road-trip to Westlock to pick up his friend Mark.  It is great to see him.  It feels like I just entered a time warp and things are exactly as they were the last time I seen him in December.  I think some of the garbage on the floor in his truck was garbage I had left there in December.  Always an adventure…  He made a phone call on the way home and maybe he can sort me out with a job.  Fingers crossed.

Today was a time warp!

“I showered and then we went to a restaurant for Italian. I walked into the building just behind her. A man and a woman at the entrance were putting on their jackets to leave. The woman took one look at me and said with a hint of sarcasm, “Nice mustache...” Before my brain could even think, my mouth said the words, “Thanks, yours isn’t so bad too!” I said it so fast that I truly did not give it a moment of thought. The words just came flying out of me. She did not say anything else to me. I was giggling really hard all the way to the table as the host lead the way.”
— Quick Braining
[View All]