June 27
It took two buses and 90 minutes to get to the Equator line (Mitad del Mundo) from Quito, but both buses were only $0.25.  New Mexican friend Maya from the hostel came with me for a hang out day and we took a lot of fun pictures right on the equator line; hand-stands, reverse crab, each in a hemisphere, the usual…  When we bored of that we decided to try some science and found the bathroom in the Northern Hemisphere of the lousy theme park and went in to flush the toilet.  A counter-clockwise flush.  Then we went to a restaurant in the Southern Hemisphere to find a toilet.  A counter-clockwise flush!  Bogus!  We were highly disappointed and then we found out that the massive erected monument was calculated by the French years ago using mathematics, and GPS today has shown that they were 200 meters out in their calculations.  You can not count on the French for anything!  Well, anything except a good crepe in Camden, London after you have been out drinking beer all night.

We left the theme lousy located lousy theme park and went to the real equator at the Intiñan Museum.  An awesome tour took us around and we got to learn all kinds of interesting facts.  Here is a list of fascination!

– The Shuar indigenous tribe of Ecuador were the only people besides those of Papua New Guinea to shrink heads.  They usually shrunk heads of their enemies, often to wear as a necklace.
– A new shrunken head goes for $25,000 on the black market.
– Your own shrunken head would the same size as your fist.
– Anacondas in the Brazilian rain-forest can be up to 13 meters long.
– Candiru fish are the dangerous fish that are attracted to the scent of urine, and if you pee in the water in the Amazon, as a man they will swim inside of your penis eye and make themselves at home.  If you are a woman they will swim inside your vagina and make you their host.  If the fish is not removed, you will die.  It is an easier yet difficult process to remove the fish from women, but with men the penis has to be cut open.  I have decided that I will never pee in the Amazon waters under any circumstances.  I would rather risk bladder explosion.
– On March 21st and September 23rd on the equator there is no shadow at noon.
– In Ecuador, your shadow switches positions.  For six months your shadow will be to the north and for the next six months your shadow will be to the south.
– On the equator, the sun rises at 6am and sets at 6pm every day of the year.  The days length never changes.
– There are precisely 23 hours, 56 minutes, and 04 seconds in every day.  A leap year corrects the flaw in our clocks.
– The earth is nearly flat at the poles and it bulges on the equator from its rotation.  So, that makes Ecuador (and the 13 other countries on the equator) the highest countries in the world.  Ecuador is actually higher than Mount Everest.  If you are from the Northern Hemisphere you probably think you have to travel down to get to Ecuador, but since it is higher, you are in fact travelling up.
– There are no hurricanes or tornadoes in Ecuador because the high bulge of the earth on the equator line pushes storms away during the earth’s rotation.
– The balancing of an egg on a nail trick works because right on the equator the yoke is pulled straight down.
– Walking a straight line (the drunk driving test) is more difficult on the equator because two different forces are pulling you at the same time.
– Shingles is the chicken pox virus laying dormant in your nerves that appears during times of extreme stress or when you are extremely run down.
– Cristóbal Colón is the name of the man who ‘discovered’ the Americas.  Christopher Columbus is our bastardized English version of his name.  (I can not believe I have never heard of that before today.)

Here is some fun:

Maya and I hitch-hiked back to downtown Quito to save $0.50 and to have an adventure.  A really nice man picked us up, and then when we go to our bus we needed to catch, we found out that we had actually snuck into the bus station making the bus ride free.  In the evening I took five friends with me to Sade Metal to drink beer.  Girls do not like metal very often.  I wonder if it is the gentle motherly being that makes most of them feel a strong distaste for excellent aggressive rock…  Should a man never marry a girl who is in to metal because maybe her motherly instincts are off and she is liable to beat the kids!?  Would coming home from work to a dinner-making wife blasting awesome Slayer justify beaten kids….?  So much to ponder in life… 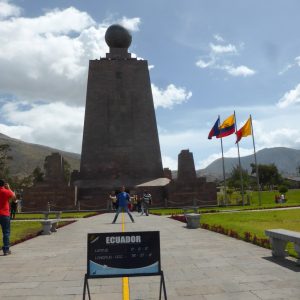 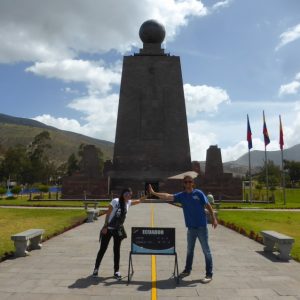 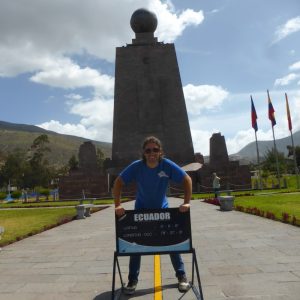 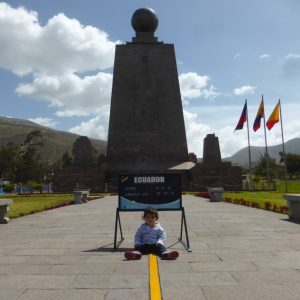 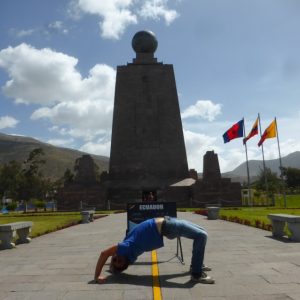 It was exercise day so I threw in a double-hemisphere crab stretch for good measure. 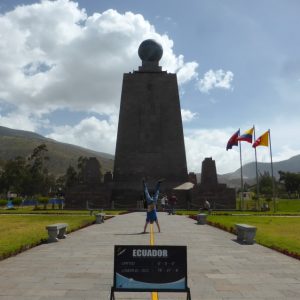 No big deal, just a double-hemisphere handstand…. Take that gymnasts. 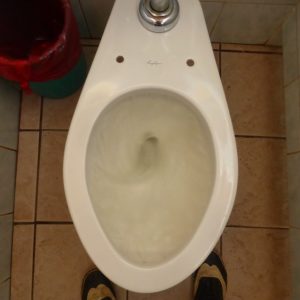 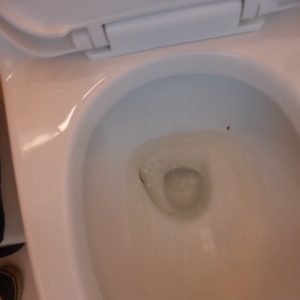 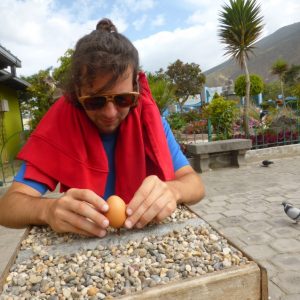 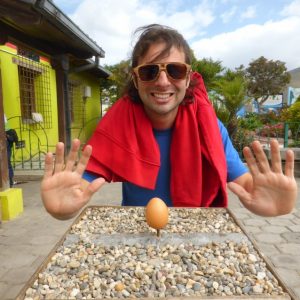 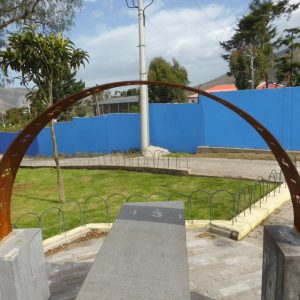 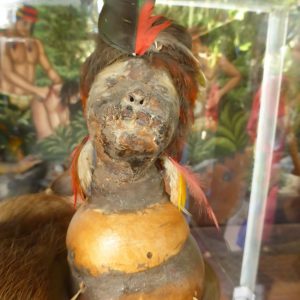 A shrunken head. – The Shuar indigenous tribe of Ecuador were the only people besides those of Papua New Guinea to shrink heads 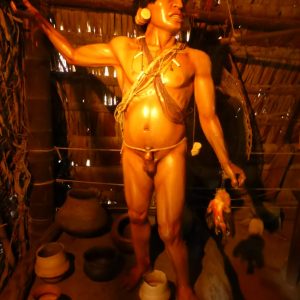 Because of Candiru fish, men in the Amazon rivers had to tie their penises up. 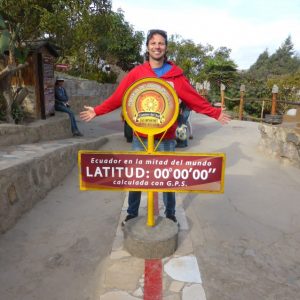 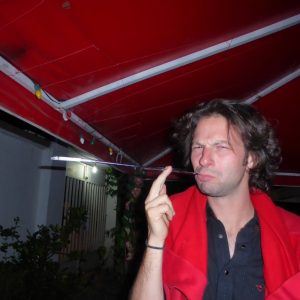 If I were a smoker, I would be a sophisticated one..

“I was driving very fast on the gravel road to get home. I came down the hill and was moving about 70 mph as I got into the flat. All of a sudden, in front of my lights, a massive porcupine was in the middle of the road. It was huge! I was moving too fast and I knew if I hit it that much damage was going to happen to the bottom of my car, so I went to swerve around the porcupine on the gravel. But, since I was really moving, as I went around the porcupine I was sideways across the gravel... I thought, 'Oh great, I am going to hit the ditch at 01:30 and either get stuck in the snow or roll the car, three miles from home.' That whole thought happened in a flash! I went to straighten the sideways car out and I went partly sideways the other way. I pulled it back and the car straightened right out! YES! Awesome! I’ve still got it!
I turned around to go back and look at the tracks and look at the porcupine. By that time the porcupine was off of the road and in the field, realizing that he had been in a really stupid place. I rolled down the window and told him he was an idiot. He did not care. He just kept on going. He probably thought I was an idiot for travelling so fast.
”
— The Porcupine and the Idiot
[View All]