A man spends his whole life hoping that the most beautiful woman at the scene will stare a hole through him with her eyes.  Then on those rare occasions when it actually happens, it scares the hell out of him.  My confidence was not prepared.  And I like to think that I am a pretty brave and self-assured person.  Some days, a man just does not have it…

My Mexican friend Maya, and her friend who just arrived checked out of our hostel and caught a taxi to Carcelén bus terminal for transportation to a town called Otavalo.  New Girl who just got off a plane from England had a huge backpack, her arms and hands were full with an extra clothing bag, a purse, a camera bag, a video camera bag, and two drinks.  I knew from looking at her that she was going to be difficult in her ways.

We bought our bus tickets to Otavalo, but she needed to go to the toilet and as I was waiting for her and my friend to get through the gate to where our bus was waiting, I watched her come out of the bathroom, look at her bags laying on the ground outside and take some time to put some anti-bacterial on her hands.  By the time New Girl and Maya got through the gate and I was in search of our bus it was pulling away without us.  A man whistled at it to stop it and we ran to get on.  I could see from the way she moved that New Girl cares nothing for anyone but herself and is exactly the kind of selfish-better-than-everyone-in-the-culture-she-is-in type of traveller who thinks and expects that anyone who come from less than she is from is required to wait on her hand and foot.

When we arrived in Otavalo, we had a nine block walk to our hostel.  No problem.  One block in, New girl was complaining.  Eight more blocks to go.  We had to take two breaks in the walk so that New Girl could rest her back.  It was 4pm by this time and when we eventually got to the hostel there was only one hour left of the market for the day.  As I was getting ready to get out of the hostel and hurrying to the market, New Girl was washing her feet in the shower.  I left the girls behind and went out alone.  I do not have patience at the best of times, but there is no way I could ever have enough patience for someone like that.

Ecuador is full of beautiful women.  They just keep on becoming more attractive as I head further north.  Colombia is supposed to be better and Venezuela is supposed to be a match of it.  Wowzers.  Things are already easy on the eyes.

I jumped in a taxi to take me to San Antonia de Ibarra.  It was $9 for a 20-30 minute taxi ride where my driver had to pay and drive through road tolls.  I have no idea how a taxi driver can make money with expenses and pay for 20-30 minutes of fuel on $9.  He drove me to the San Antonio Rock Festival 2014, which was a metal festival with band playing Heavy Metal, Heavy Trash Metal, Doom Metal, Death Metal, Trash Metal, and Heavy Folk Metal.  There were 10 bands at the festival.  I have been desperate for a festival and I wanted to see what an Ecuadorian heavy metal festival would show me.  When we pulled up to Coliseo de Desportes I was expecting an arena but we pulled up to a small venue for sporting events that would probably seat about 1000 people.  As I got out of the taxi on a dirt street, 100’s of eyes waiting outside followed me to the venue.  It was a little uncomfortable but I just took it in celebrity-status-stride and smiled through all of the stares of the San Antonio Rock Festival.

I would be the only gringo at the San Antonio Rock Festival and considering the amount of eyes on me, maybe the only gringo in the entire city of Ibarra’s 134,000 people.  As I walked into the venue, the most gorgeous girl that I would see at the festival was sitting on the sidewalk ledge with a friend.  I just remember her beautiful face, black clothes and red lipstick.  She was sitting beside what was obviously a very tall girl friend.  The Beauty was staring into me with no expression on her face as I walked past.  The stare was so hard and so heavy that my confidence bolted and I broke eye contact first.  F!  I did not mean to do that.  It was just my natural reaction.  I bought my ticket from the venue window and I could see the tall friend staring at me standing in line as The Beauty was behind someone standing.  I headed into the small sports arena where the San Antonio Rock Festival was being hosted.

I would see The Beauty once more in surprise as I was exiting the arena an hour later to find food.  I looked up and there she was as we passed each other.  She was staring at me, and I saw her only because I caught a glimpse of those red lips out of the corner of my eye, but it happened too fast and she had moved with the mob in the opposite direction through the gates before I realized it was her.  I would spend much of the rest of the evening stalking for her in the crowd with my eyes but would not see her again as she had disappeared into the mass.

A metal band with a wooden Peruvian wind flute was a new experience for me.  And it did not seem too out of place.  The building was filling up with Ecuadorians who were going crazy for the music, climbing the fence in front of the stage, taking their shirts off and swinging them around synchronized with their long hair.  Security was telling the people to get down from the fence, but no one seemed to care.  I watched a security guard tell a girl to get down.  She made the ‘Just a minute more’ gesture with her hand and just ignored him.  The security guard was standing there looking up at her scratching his head not knowing what to do.  Eventually he just walked away.

The mosh-pit at the Ecuadorian San Antonio Rock Festival is a crazy scene.  There was just an eye of a hurricane in the center of it and bodies shoving bodies in a fast counter-clockwise circle.  People were moshing so hard that guys were coming out of the pit to sit on the sidelines to try to catch their breath again and rub down new sore spots on their bodies.  As the night went on everyone got very drunk. Black clothing was in heaps of humans passed out in parts of the arena and very drunk long haired metal rockers who could hardly walk were in the mosh pit.

When the hurricane of mosh got crazy and really fast, there were guys falling down and people nearly running in the pit trying to pick them up again.  And then of course hell broke loose as tempers flared when one of the drunkest guys that I was watching smashed into a fellow long haired mosh-pit bystander.  Bystander took it at first and then when Really Drunk Guy smashed into him again, words were exchanged.  Really Drunk Guy got in Bystander’s face. It seemed like an explosion happened as all of a sudden Bystander was jumped by someone else and I was unable to see what was really happening to who as it was just a mass of about 15 bodies of fists swinging and the fights were moving in all directions.

I got as far back as I could as soon as I seen the fights spreading thinking that there was sure to be someone in the crowd who would like to beat up a gringo and I was the only gringo in the crowd.  I made a quick move from the floor level and climbed up in the stands to watch the melee take place.  There was not enough security on hand and they had a hard time getting the situation under control.  Eventually Goliath came along who seemed to be friends with Really Drunk Guy and Goliath grabbed Really Drunk Guy from a much smaller security guard than he, and I could just see the red blood on Really Drunk Guy’s face and hands as the bands lights reflected on him.  Goliath was dragging Really Drunk Guy, whose heels were dragging behind him.  The fighting basically ended there aside from one episode when bloody Really Drunk Guy tried to take a swing at someone else when he was left uncontained for a moment.  People were thrown out of the sports arena and the San Antonio Rock Festival carried on.

There is no place at a metal festival for a guy wearing a GAP sweater.  He looked as out of place as I did.  The headliner of the San Antonio Rock Festival was a semi-famous Argentinean band called Horcas.  It was also weird to see old metal dudes.  It is weird to watch a man with a totally grey beard screaming metal from the depths of his beer-belly.  He sounded the part, but he does not look the part that he plays at all.  One more band came on after the wind down the crowd, but it was 1am by then and I decided to catch a cab and head back to Otavalo where my hostel was.  I had to walk alone from the sports arena, something I had planned to make sure would not happen, down the dirt road to an area of the city where there was life again and I could flag down a cab.  I put the hood of my Big Beaver sweater over my head for the walk so that there was s slightly smaller chance of being recognized as a gringo.  I found a bar where the tender called me a cab and went home to bed.  That was a crazy night. 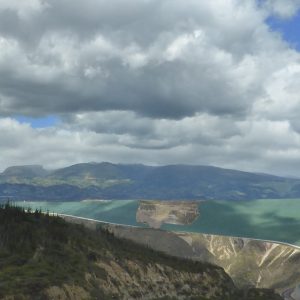 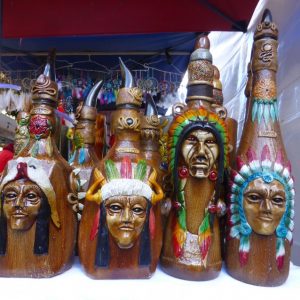 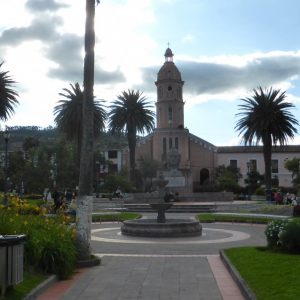 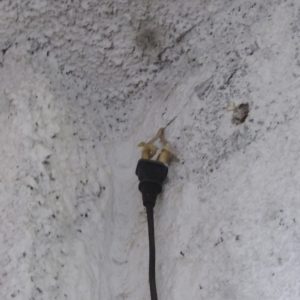 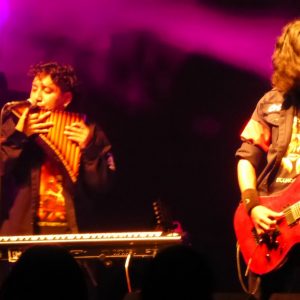 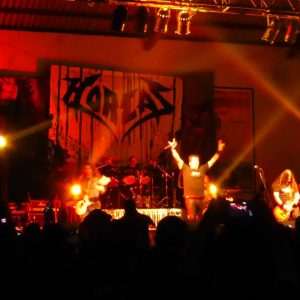 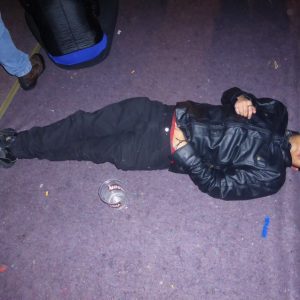 “When I was a little boy, I had a motorcycle on my farm. I also had two big dogs; a female white samoyed-husky named Sasha, and a male black lab named Butch. I did not know a lot about the nature of things at the time, but I did know that Butch and Sasha really liked each other. Something that I also did not know at the time was that when dogs have sex, they often get knotted together to ensure the pregnancy, and the male dog has a tough time getting himself out of the female dog. But, how is a nine-year-old to know something like that? All I seen as I was riding my motorcycle was my two dogs, who were by then standing ass to ass, in opposite directions. My, how much fun it would be to ride between my dogs and make them run in opposite directions as I came towards them with my motorcycle. I sped up as I was heading towards them. I can remember their faces and their tongues hanging out as they were panting. I also remember getting too-late close, and wondering why my dogs were not getting out of the way. I can remember seeing Sasha’s face, and the horror in her eyes in the moment before the impact. The next thing that I can remember is seeing a black dog and fur rolling one way and a white dog and fur rolling the other way. They got separated, but it was only after I ran over Butch’s dick.”
— Butch and Sasha
[View All]